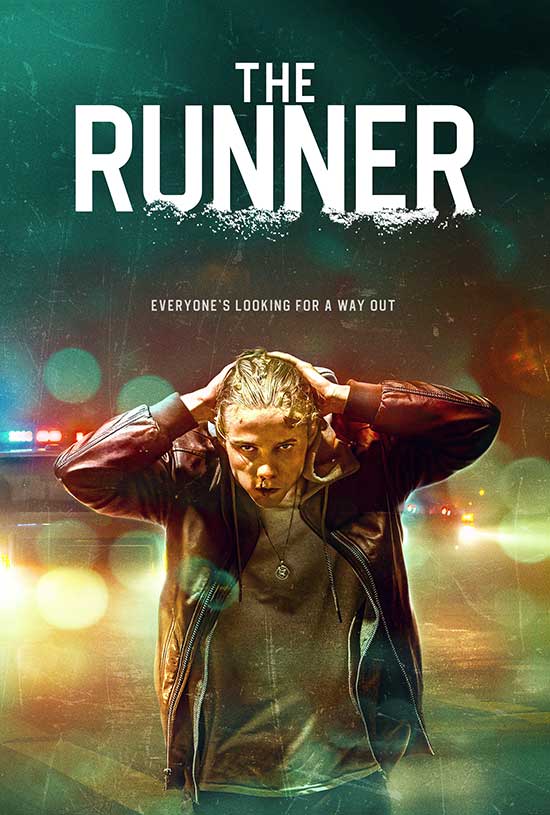 In Theaters August 19 & on Digital and Demand August 23
Directed by:
Michelle Danner
Written by
Jason Chase Tyrrell
Starring:
Edouard Philipponnat (House of Gucci)
Elizabeth Röhm (American Hustle)
Eric Balfour (24)
Jessica Amlee (For All Mankind)
Cameron Douglas (Wonder Boys)
SYNOPSIS:
Privileged teenager Aiden has one last chance to get his life back on track. His lucrative side hustle dealing drugs to his classmates and his own personal addiction has forced his distraught mother to turn him over to the police. If he acts as a confidential informant and sets up a major drug kingpin, the cops promise to reward his cooperation. As the sting operation is set in motion, Aiden falters, threatening to jeopardize the deal with the police and his very life. THE RUNNER is a gripping thriller.
Share