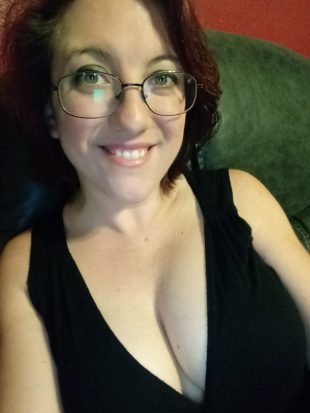 When I was 16 I really wanted to be an actress but couldn’t land a role in any plays or stage productions so I decided to write a short film to showcase my acting abilities. Having no one to direct it, I quickly found that I had more power and creative involvement when I was behind the camera and I’ve wanted to be behind the camera making films ever since. And I have! 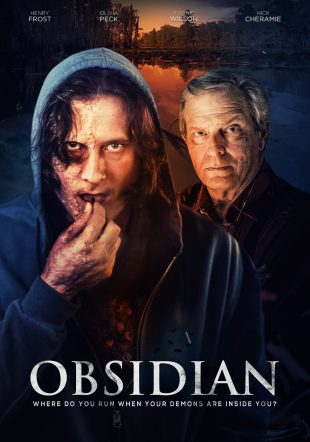 From script–to–screen, how close did YOUR MOVIE come to its original vision?

Obsidian is very different than the original draft I created over 7 years ago. I hired on a producer back then which turned out to be a big mistake on my part and then the film underwent over 100 rewrites while under contract with him. Eileen was a nurse. Jack was a totally different type of character. I dobt even think his name was Jack. There was a whole lab-mouse side plot where a pet mouse became mutated and had to be set ablaze. But once my contract with the producer ran out and we parted ways I created a new draft of the film and put a new spin on things, took out changes that i hated, and created something new. The film turned out very similar to that last shooting script. I always let the actors play with the dialogue a bit. I feel it comes out more natural that way. So some dialogue was changed but the events stayed right on track.

I had many wonderful days on set but I think the day we were at the cabin filming David McMahon’s character’s demise was my favorite. Mostly because we got to drag out the gallon of blood and Ashley Barton made brain matter out of bloodied potato salad from the fridge. Creativity was flowing. Energy was high. Laughter was abundant. It was a gruelling shoot at times but the cast and crew are really hilarious. We had a great time even filming the shed finale in the shed in my backyard for the same reason. The actors and crew really kept me laughing all night.

Definitely the knee torture scene with Tom Proctor and Hick Cheramie. Tom is one of the best human beings I’ve ever known. He’s kind and listens and cares and is unbelievably professional while still having the best sense of humor. They were both troopers about everything and again we were cutting up quite a bit, but when it came time to talk to them about their motivations they were very serious and in the moment and I feel like we really created some magic on screen that day. The scene turned out exactly as I hoped it would and the location was just incredible. 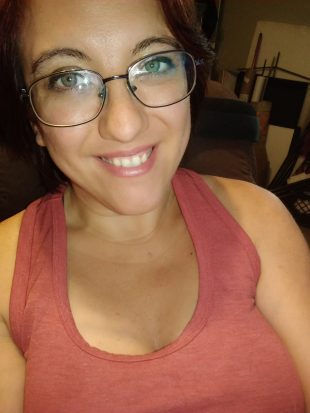 What is the biggest obstacle you faced while making YOUR MOVIE?

There were three huge obstacles when I think back: One, the largest, being that I hired a producer that really had good intentions at the start but later lost his passion completely for the film because he doesn’t care for horror. He and the co-producer he later brought on asked me to change pretty much everything I loved about the film over the course of 6 or so years and I felt like I was being held in creative purgatory.

Second, our full length monster suit dissappeared halfway through filming the movie and we still have no idea what happened to it. We looked high and low and offered reward money but the suit never showed back up. So we ended up having to recreate it as best we could for the whole finale of the film by using the second half-monster suit and making alterations on the fly and showing very little of it during the ending.

Third, one of the camera cards dissappeared with a whole day of filming on it before it ever made it on any hard drives. It contained the our of town actor, David’s, pivotal plot scene (an attempted sexual assault and subsequent death) and I realized it at the beginning of the pandemic right before my cross-country move so I had to find actors that were local, passable, and covid free to recreate the scene on the security cameras with just their bodies and had to make wigs to match the original actors. Covid kept ruining the reshoots so it took two months and 4 body doubles just to get the scene shot enough that we could finish the film.

I think after we wrapped the “shed on fire sequence”, I was proudest. The shot of Jack and Iris kissing in the smoke with the flames behind them turned out exactly as I had seen it for 7 years in my head and had been told by the prior producer who was no longer involved that that sequence would be impossible to shoot on our budget. Yet when I filmed the movie, it was fully funded out of my own pocket and we had a tiny fraction of that proposed budget and we pulled it off exactly how I had proposed we would on far less money. It looked amazing, in my opinion. Exactly like I had always envisioned.

That’s tough and I don’t know if I have an answer because truthfully I don’t know if if have succeeded in that aspect. My goal was not to dominate the entire horror industry but instead to make a truly entertaining, truly creepy film and get my messages and commentaries about vanity, mobility, body hatred, religion, and homophobia out there. As far as standing out, I feel like if we did so, it was because I stuck to my guns on the gore, practical effects, plot, and the presence of nudity.

So many other filmmakers inspire me. As far as famous ones I haven’t met, my favorite, most inspiring filmmakers would easily be David Cronenberg, David Lynch, and Darren Arnofsky. But I’m also inspired by real life filmmakers that i know like L. Gustavo Cooper, David Buchert, Erik and Carson Bloomquist, Kurtis Spieler… etc. Sometimes its the indie filmmakers you cross paths with that share your struggle that make you realize you’re not alone and to not give up on entertaining people.

Easily the 80s and I think it shows sometimes in my own work. The presence of practical effects and monsters and (often unmotivated) saturated colored lighting just really dazzles and excites me and I want to carry that tradition on. Obsidian used zero CGI. It’s all practical effects. This sort of thing is my way of nodding to my favorite decade, the 80s.

I’m working on two horror scripts currently. I feel like they’re very exciting and fresh and also very bizarre. The goal is to try to sell one to make enough money to self-fund the other script on a slightly larger budget than Obsidian.