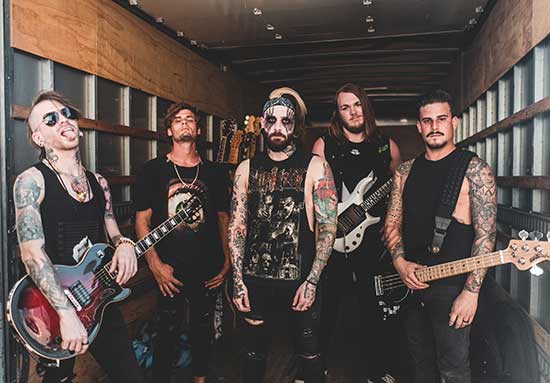 I’m stoked to share another great music video from horror-filled, dark humor rockers We’re Wolves for their upcoming single “Fall With Me.”

The band is ravenously gearing up for the full-length album drop, Evil Things, inspired by Dante’s Divine Comedy and features from Bryan Kuznitz of Fame on Fire and Spencer Charnas of Ice Nine Kills. We have a lineup of singles spanning the new few months until the big release in October — the band has already gotten love from Disturbed themselves and Loudwire for their killer cover songs — but now it’s time to showcase what they have for themselves.