HNN Presents: Everybody Gets Stabbed acquired by Bayview Entertainment 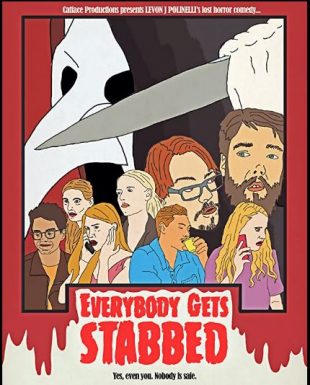 Levon J Polinelli’s EVERYBODY GETS STABBED from Catface Productions has been acquired by Bayview Entertainment for the horror label, “HNN Presents”.

HNN Presents: Everybody Gets Stabbed
A stupid movie about two stupid mates who stupidly begin murdering their friends because they think the world owes them something, when it doesn’t. A stupid dark comedy exploring toxic masculinity.