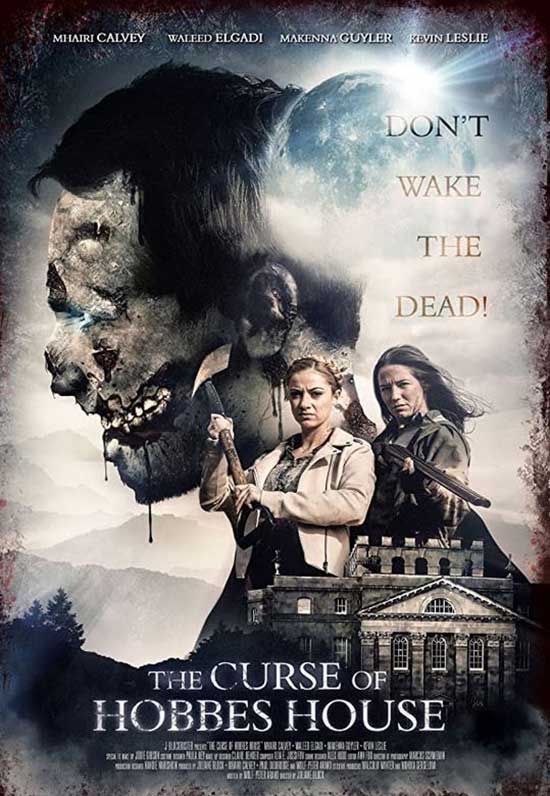 When down on her luck Jane Dormant learns about the death of her Aunt Alexandra she expects a life-saving inheritance but finds herself battling bloodthirsty Zombies instead, fighting for her life.

Hobbes House is a property cursed because of an ancient incident with corrupt siblings. The curse maintains that the family lineage are the caretakers of the property; as one passes, another must take up the mantle. Without a caretaker of the proper bloodline, all the ancestors of the family as well as all those buried on the property will rise to protect the estate until a proper caretaker takes control. 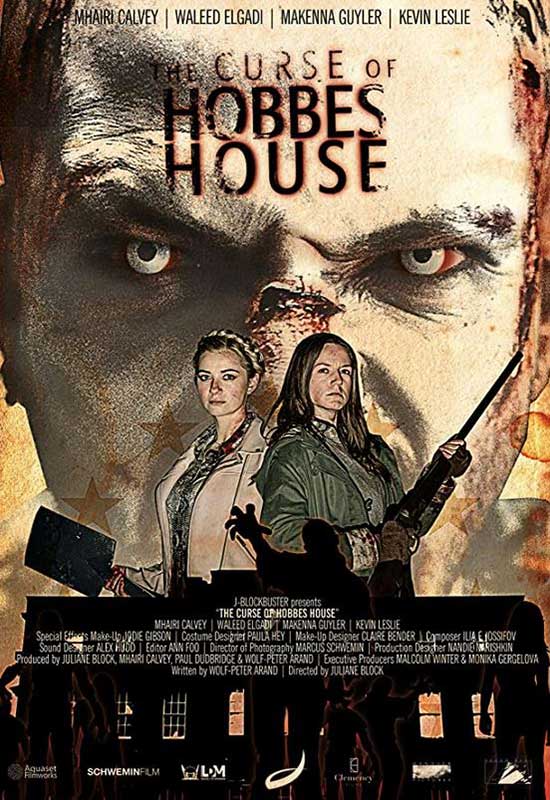 Jump ahead many, many years later. The unexpected suicide of an aunt brings two sisters together for the reading of the will. Due to various circumstances, the sister’s lives had diverged. Jane is down on her luck and living out of a car that is on its last round-up. Jennifer became an influencer with a banker boyfriend. They eye each other with distrust bred from years of anger and resentment.

Before the will can be read, a freak accident kills the solicitor. A comically-tragic attempt to save the person’s life fails as night starts to fall. The property handyman attempts to warn the group of impending danger, but they think he is trying to con them somehow.

That is when the Guardians rise to cleanse the property of the intruders.

“The Curse of Hobbes House” strives to be a breath of slightly fresh air in the fetid world of undead films. You could call it a family dramedy seasoned with fables and flesh-rending zombies.

The film opens with illustrations supporting a fairy-tale narration about the history of the land and the family bound to its service, but this slips into the present-day life of Jane. Evicted. Jobless. Living in her car. It is meant to make her immediately relatable, perhaps, though the minute she stirs at the call for the reading of the will, one has to wonder how much of her miserable existence is of her own doing.

Her half-sister, Jennifer, is her opposite, raised in a world of financial comfort. In fact, Jennifer is a well-known influencer and is dating a well-placed and very ambitious banker. She seems shocked that Jane bothered to show up for the reading, but she comes across as bland enough not to care.

In theory, it would be a nice set up for the main portion of the film. Problem is that we are shown two women at radically different places in their lives, yet we have no idea of why the gulf between them should matter. If their earlier relationship had been communicated in a visual fashion instead of a couple of “meaningful” conversations in the latter parts of the film, the audience would have an investment in the women resolving their issues to work together to survive the zombie attack.

Not happening here. You get Jennifer discovering a tandem bicycle that the two apparently rode together in the far-flung rosy past, but other than the low-budget nod to their childhood, the film is clearly setting up a device to be exploited later. That not only felt cheap but oddly cynical as well. (Side note: If it had sat in a shed for years, the whole thing would be in a fair bit of disrepair, but we’ll just ignore that, shall we?)

Most the run time, post zombie activation, feels like an endless series of “let’s go here, then we’ll go there and rinse and repeat”. You’ll see the characters pass through the same rooms so often that you stop watching the actors and start scoping out the furnishings.

To its credit, “The Curse of Hobbes House” does make the effort to do something different in a time of zombie burnout. The camerawork is good. Set design for the manor house is wonderful to look (as previously noted). The acting is uniformly good, with a special nod to Waleed Elgadi for playing the best character in the film, Naser Mohammedin. There are a few decent gore effects, though they are undercut by too many weak CGI moments. 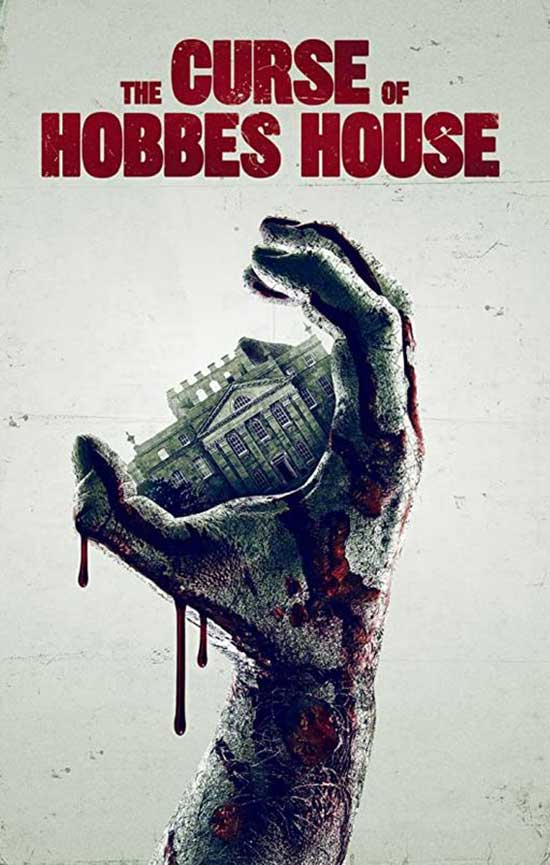 The film falls terribly short by not giving the audience a deeper view of the rift between these two related characters, thereby robbing the story of depth needed to make it more than people running from one location to another for 40-plus minutes.

“The Curse of Hobbes House” might work if you prefer lighter horror films or just have to consume every zombie film out there. Otherwise, save it for some night when you have NOTHING else you feel like watching.