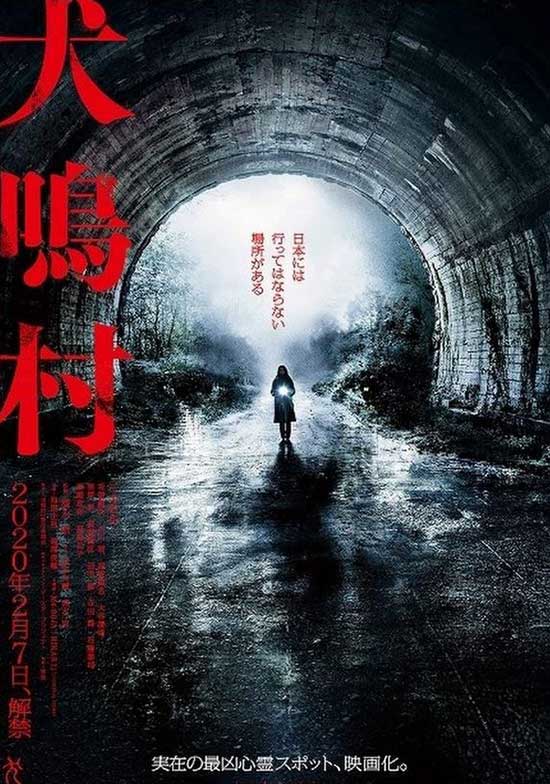 A young psychologist heads to an infamous haunted place named ‘Howling Village’ in order to find out her family’s dark history.

Takashi Shimizu’s Howling Village seemed to go largely under the Western horror radar last year. Of course, there was a global pandemic to worry about, but I was still very surprised that a new project by a director as well recognised as Shimizu would be released with so very little interest from the West. Admittedly, since the Ju-on franchise and few other successful projects from early/mid noughties, Shimizu’s catalogue has been one of hits and misses (more misses than hits) in the past few decades. However, with Howling Village, he seems to have gotten things back on the right track and once again created original and atmospheric piece of horror cinema. It may not reach quite the same hights of terror as Ju-on, but nevertheless offers a solid supernatural mystery with great ambience and fantastic mix of traditional folklore and modern urban legends. 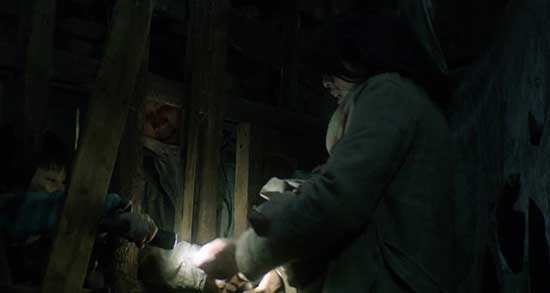 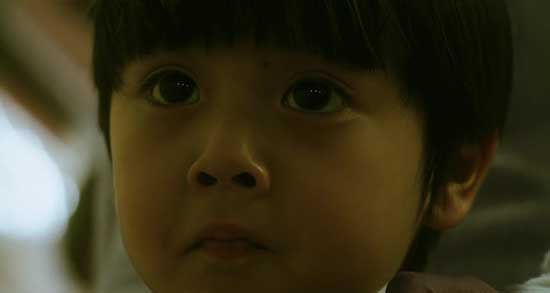 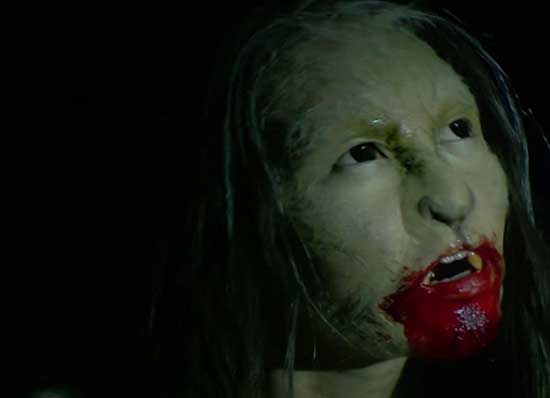 Written by Shimizu and a long-time collaborator Daisuke Hosaka, the story revolves around a young child psychologist Kanae (Ayaka Miyoshi). After her brother Yuma (Ryôta Bandô) and his girlfriend Akina (Rinka Ôtani) visit the nearby Inunaki village, a place supposedly only accessible through abandoned tunnel and haunted by its previous residents, Kanae’s life starts to take a bizarre turn.  First Akina commits violent suicide, and then both Yuma and his and Kanae’s younger brother Kota (Hinata Kaizu) go missing while trying to find answers for Akina’s abrupt departure. Meanwhile family friends and colleagues are starting to die in bizarre circumstances, making things that much more perplexing. Kanae must dig deep into her family’s history to find the answers to this mystery and hopefully save her brothers. 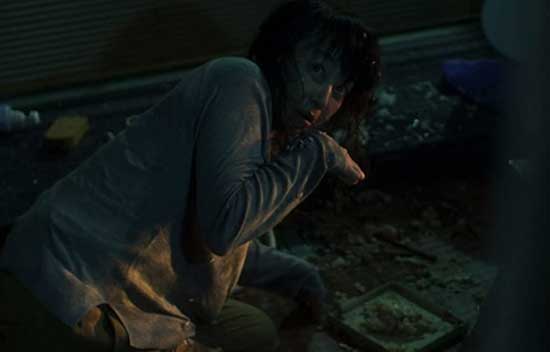 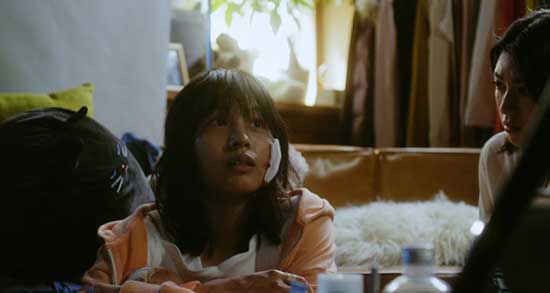 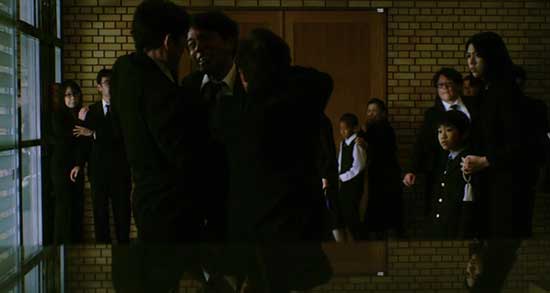 Shimizu and Hosaka have drawn their inspiration for this story from a few different sources, the main one being the urban legend of Inunaki village and the mysterious tunnel that leads to it. It’s a story that has been making its rounds for decades and like any decent urban legend, has as many variations as there are story tellers. In some versions it was a village filled with cannibals and incestuous madmen who cut themselves off from the civilized society, killing anyone who would dare to enter their domain. In others the Japanese government was the one who cut the village off from the rest of island (and erased it from the map), due to the villagers’ hostile, criminal ways. Some versions claim that the area was a leper colony, or that the whole village ended up dead due to a mysterious illness, others that everyone in the area was killed by one single villager gone mad.  The entrance to the village is said to be through a tunnel somewhere in the Inunaki Ridge. Before you enter you will see an old broken-down Sedan left there by previous visitors (who never returned…) and sign stating, “The laws and constitution of Japan do not apply here.”. A lonely old phone box stands nearby, through which you can make contact with the dead (although, this ghostly box has now been removed).

The real life Inunaki village did indeed exist, but did not consist of murderous maniacs, nor was its disappearance off the map anything to do with hostile villagers. The villagers were simply relocated due to the area being flooded for the Inunaki Water Dam in 1970 and the whole place is now located in the bottom of a reservoir. However, the stories of the Inunaki tunnel being a hot spot for ghosts and people disappearing or ending up dead around it, are not completely unfounded. In 1988 a young factory worker was kidnapped and brutally murdered by a gang of teenagers and his body left in the tunnel. Furthermore, the secluded location of the tunnel has seen it being used a dump site for dead bodies several times since, helping to cement its reputation as a haunted/dangerous location and keeping the stories of hostile, murderous locals as part of local lore. 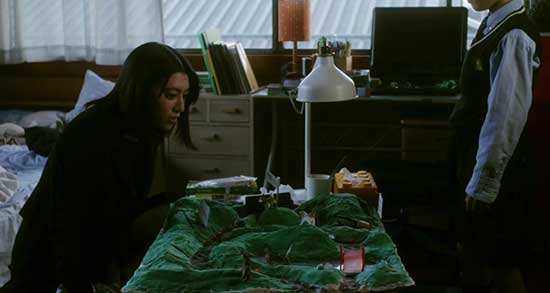 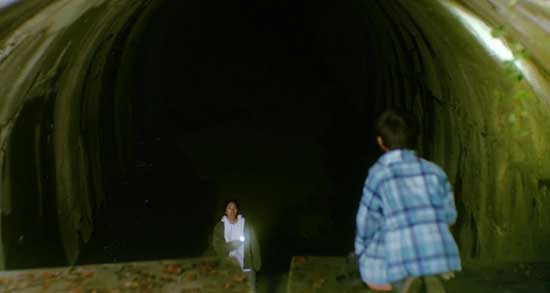 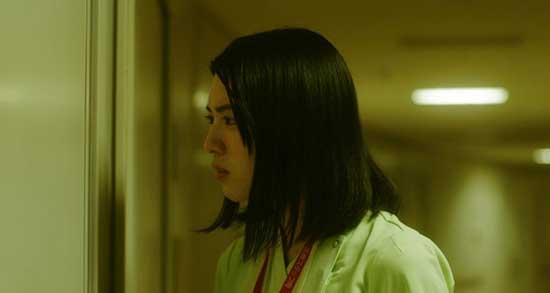 To further enhance this already this rich tapestry, Shimizu and Hosaka have included elements from Japanese folklore, introducing a creature called Inugami to the story. Inugamis are dog spirits that were known to possesses people, other animals and even inanimate objects. To create such a spirit, a brutal ritual would have to be performed by a shaman/sorcerer, involving beheading of a starving dog and burying its head to a crossroads. People walking over it would anger the spirit and turn it into an onryō (a vengeful spirit). After this the head was baked, dried and enshrined in a bowl and the inugami would then be used to do the bidding of the sorcerer. It was not a practice looked kindly upon by most of civilized society and such rituals were already banned as early as Heian Period.

While Howling Village does not directly tackle these rituals, it does tap into the idea of certain bloodlines being more susceptible to inugami possession and that the spirit could be passed on to the descendants of the possessed individual, making it a taboo to marry into these bloodlines. It is from the angle of tainted bloodlines that Shimizu has decided to approach the story and has done so very successfully. I do admit that without any knowledge of Japanese Yokai, the sudden appearance of Inugami spirits to the story might seem somewhat random, but once you know what they are, they help to open up the rest of the story in a whole new way.  As for utilising the legend of Inunaki village, Shimizu has skilfully incorporated the key elements of the story into one cohesive whole. He has not merely taken the broad strokes of the tale, as so often is the case in films based on urban legends but included little details such as the abandoned car and the haunted phone box demonstrating his knowledge on the subject and surely delighting anyone closely familiar with the details of the different story variations. 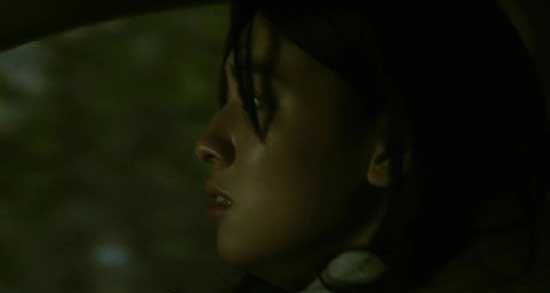 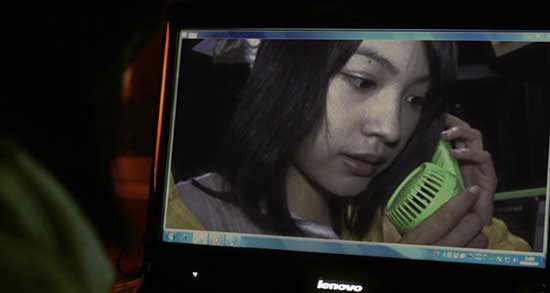 Howling Village is not without its faults and sadly it does fall slightly short in the scare department. If you are looking for something along the lines on Ju-on, you do need to look elsewhere as it does not have the same kind of bleakness to it that the Ju-on franchise is so well known for. Don’t get me wrong, there are ghosts in this story, but they are not really the focal point of the story, nor are they particularly scary. Perhaps if they had been executed in a different manner, they could have been more effective, but as it stands it all feels a bit made-for-TV. There is also a minor problem with one too many ideas crammed into one story. It’s not that they are bad ideas, but some that some of them are not followed up on in quite as satisfactory manner as one would hope and deleting at least one these off-shoots could have been beneficial for the overall flow of the film. 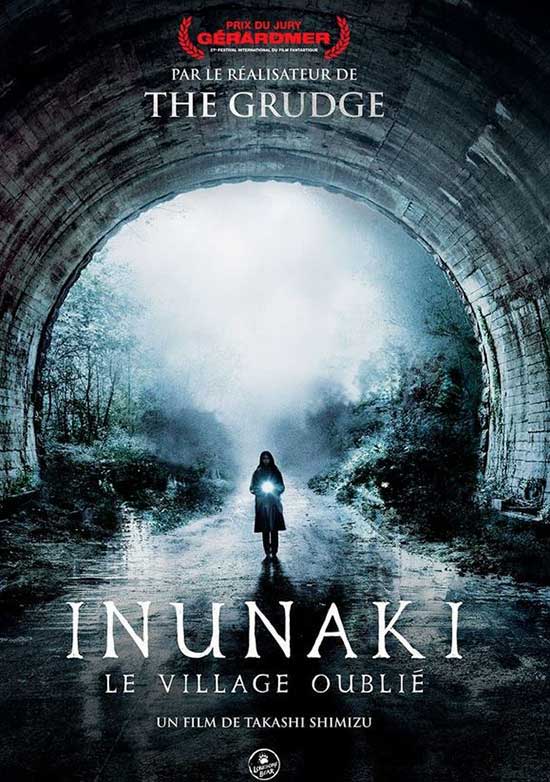 However, where the film does deliver is in well build atmosphere and genuine moments of suspense. The mystery behind the Inunaki village and Kanae’s personal connection to it is dealt with in a way that keeps you intrigued all way through, wanting to find out the mystery behind all these events. While some of the ghost might be a bit hokey, other special effects are well realized and genuinely creepy.  The successful scares are classic Shimizu, making the viewer doubt their own eyes, before hitting them with something shocking and unexpected. In other words, the parts that work, work very well.

It feels slightly unfair to be comparing Howling Village to Shimizu’s earlier horror films as it seems like he is experimenting with something new here. It is not a ghost story or a shock fest, but dances somewhere on the outskirts of folk horror, with slight reality bending time loop elements thrown into the mix. It might not be to the liking of all his fans, but I for one did find it very enjoyable and would definitely recommend any fans to check it out.

Howling Village is the first in a trilogy, next of which, Suicide Forest Village (Jukai Mura), saw its release in Japan on February 5th.  I for one will be eagerly waiting to see if Shimizu continues to explore the folksier side of horror and what kind of fresh terrors he can conjure up within it.