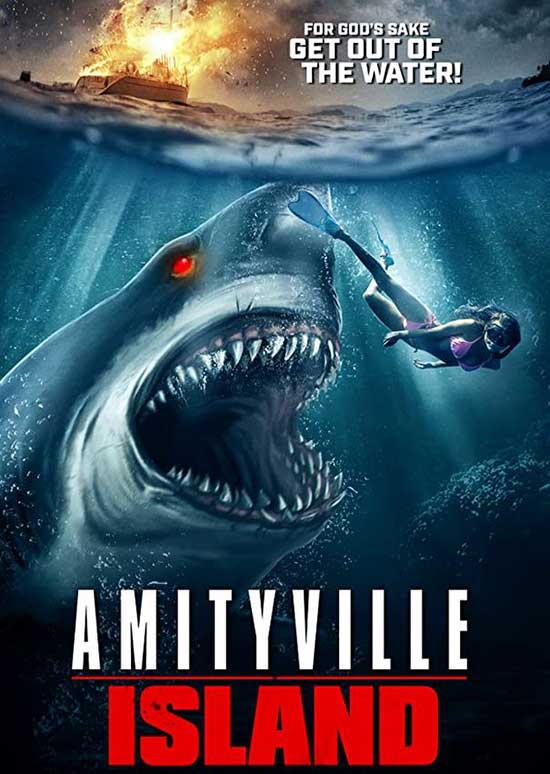 A cursed survivor of killings at the Amityville House brings evil to a small island where bizarre genetic experiments are carried out on humans and animals in a secret women’s prison.

I must have been a naughty boy, because this last batch of movies feels like the equivalent of getting coal in my stocking. I was hoping at least one of them would prove amusing in some way, but I knew that the chances of that were slim.

It sucks to be right about this kind of thing all the time.

The next entry into my misery was Mark Polonia and Paul Alan Steele directed Amityville Island. The movie centers on a woman, named Kelly Jo, who moves to Amityville (yes, THAT Amityville). Shortly after she arrives in the town, she’s given some items that came from a particularly infamous house. A demon residing in one of the items she was given possesses her and makes her kill her family. This leads to the poor woman going to prison. She, and another inmate, are transferred to a secret laboratory located on a nearby island. This lab is where a couple of scientists are doing all kinds of obscene, and illegal, experiments that result in such things as creating zombies. It doesn’t take long for the demon residing in Kelly Jo to start causing all kinds of chaos and bloodshed. 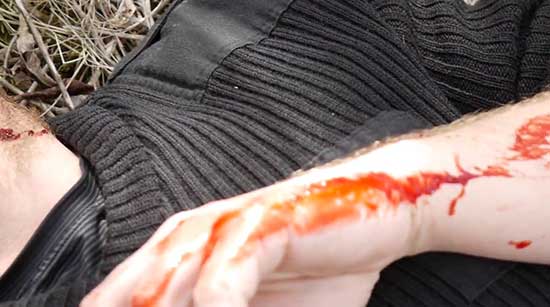 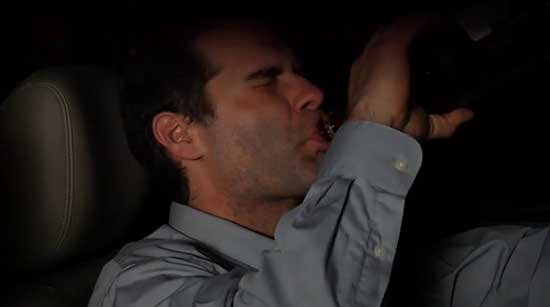 That synopsis may not to do enough to let you know that this film is a mess. It really is the epitome of “throw things against the wall to see what sticks”. There are so many ideas crammed together that there’s barely any time for any of them to be fully developed. Just one of the plot threads could make an interesting story on its own. By trying to mix everything together like Polonia and Steele did here, all they gave the audience are half-baked ideas that he had neither the resources nor talent to properly meld together. There are subplots that go nowhere, characters that are so utterly useless to the story that it’s curious to why they were even there to begin with. There’s just too much going on, and it’d be a struggle for a truly talented director with access to numerous resources to juggle much less a guy with pocket lint for a budget. You could argue that one fatal flaw that a lot of flow budget filmmakers make is trying to do too much with so little, and Polonia and Steele seem to have fallen into that trap here.

When it comes to the script, the person guilty of writing it is John Oak Dalton. I do believe that the people that committed such a crime should be exposed, so here you go Dalton. I’m letting the world know that you’re the one we hold responsible for this drek. He has no gift for dialogue, story structure, plot, interesting characters, or anything resembling quality. Now, to be fair, it’s possible the directors made some changes to the script, but I doubt they did enough to completely erase Dalton’s fingerprints from this steaming pile. Dalton and the filmmakers had no idea how to make a coherent film. 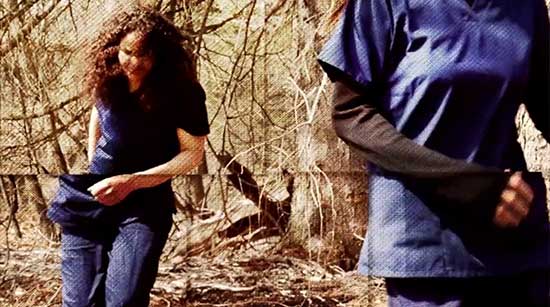 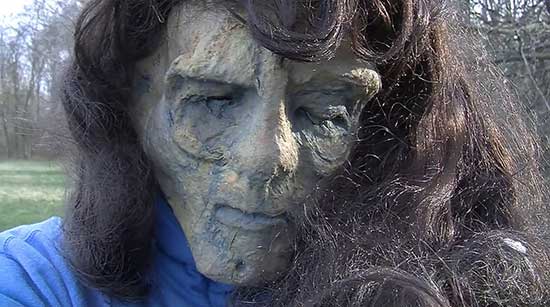 I’d mention the acting, but that would imply there had been some done. The special effects are the cheapest and most terrible you could find, being almost embarrassing in its poor quality. But then, these are the people that brought us Sharkenstein, so crap effects shouldn’t be a shocker. Amityville Island checkmarks every possible box on a list of things to do to make a terrible movie without making it fun. There’s not enough of exploitation elements, like blood and gore, to really catch the eye of a viewer. 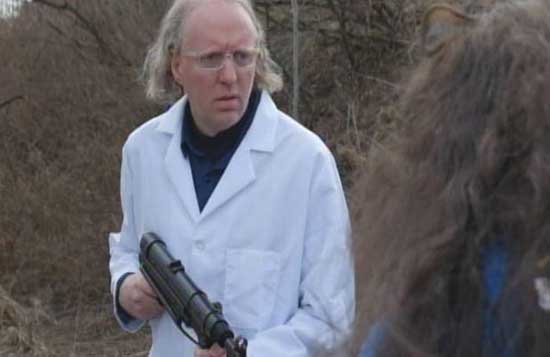 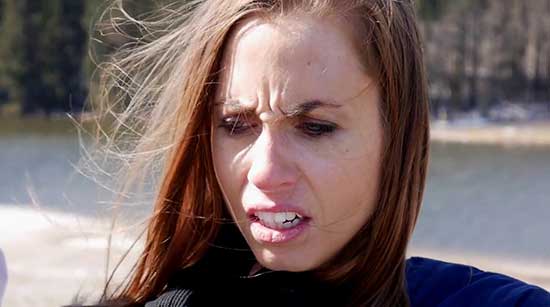 There is nothing here I can find that would warrant any kind of recommendation for fans of bad cinema. It’s a bunch of underdeveloped concepts mashed together with ineptitude of any level. What’s even worse, the opening credits shows scenes of events that never actually happened in Amityville Island, and what I saw in those credits looked like it would be a far more interesting and fun movie than this one. It’s like they were rubbing salt on a wound. The best thing I can do is warn you to avoid this film. There’s much more entertaining fare out there.