The Haunted Boy, The Secret Diary of The Exorcist.

Spooked TV and The Booth Brothers as seen on SyFy – NBC-Universal are currently in St. Louis promoting their new paranormal film, The Haunted Boy, The Secret Diary of The Exorcist, which is based on the infamous, true story behind the terrifying, bestselling book and motion picture, “The Exorcist.” The filmmakers, twin brothers Christopher and Philip Booth have spent two years documenting and filming their latest film project within the actual locations in St. Louis, while using a copy of the once secret diary written by Father Raymond Bishop as reference to uncover the horrific truth.

This journal had been hidden away for over 25 years and chronicles the gritty exorcism. Along with leading local paranormal investigators, Paranormal Task Force and Dr. Michael Lynch Ph.D from Paranormal Tuesdays / Dave Glover show on board, together they delve deeper than anyone else dare , utilizing Interviews with the actual relatives of the “The Haunted Boy “and The Lead Exorcist, Father William Bowdern. Plus heart pounding ghost hunts of the actual house the exorcism took place, the horrifying asylums and the churches the boy was once kept under lock and key.

The Paranormal Activity found within these dark, decaying walls are as shocking as the truth itself found embedded amongst the eerie pages of “The Secret Diary of The Exorcist.” The film is scheduled to air on SyFy channel, NBC-Universal late November and was released October 1 on a Special Edition, Uncensored DVD.

Tickets are available at thehauntedboy2.eventbrite.com for 15 dollars which includes a copy of the diary with ticket purchase.

VIP tickets are available for 35 dollars which includes VIP seating, a copy of the diary and an autographed copy of the DVD. 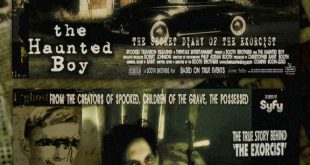 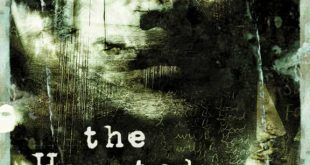 The Haunted Boy: The Secret Diary Of The Exorcist. October 2010