Just a week after the release of the band’s third album ‘Dancing In Hell’, ELEINE has entered the Swedish music charts. Only beaten by the mighty AC/DC, they placed #2 on the hard rock chart and entered the overall album chart at #12. 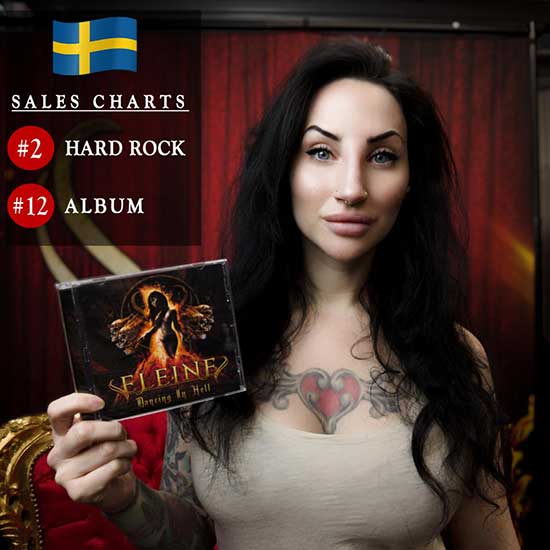 “The success of ‘Dancing In Hell’ is a FACT! We are humbled by placing #2 on the hard rock chart, only beaten by AC/DC, which really feels fair enough! Thank you ALL for buying music, you’re keeping music alive.”