Thriller ‘The One You Feed’ Debuts Trailer & Release Date

I wanted to pass along the trailer, poster & announcement for THE ONE YOU FEED, releasing December 29, 2020.

The story is a sort of mirage. The Stranger is lost and he’s running from something. Ultimately, what he runs away from, he runs into. He finds someone he cannot leave. These two people, the Stranger and the Man, spend lifetimes finding and losing each other.

The film, written by Drew Harwood (Drifter, God Send) and based on a story by Harwood and Gareth Koorzen (The Bone Box), stars Koorzen, Harwood, Rebecca Fraiser (Drifter), and Richard Watson (J’Tree). 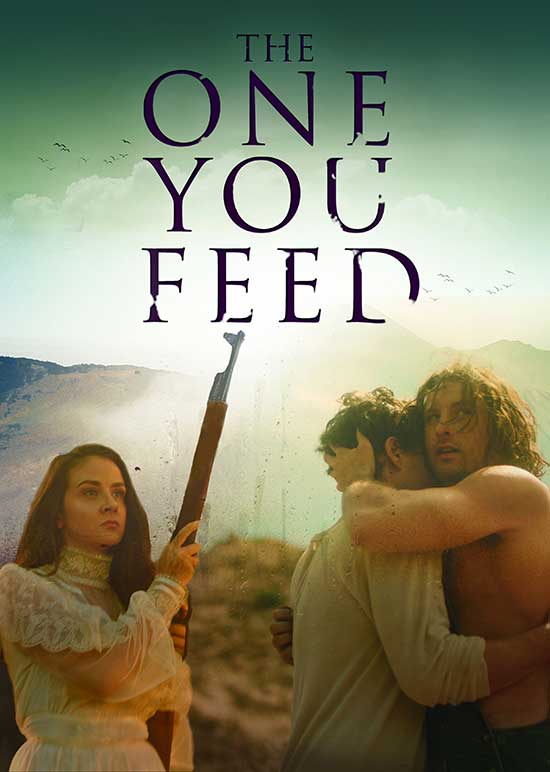 Gravitas Ventures, a Red Arrow Studios Company, has acquired North American rights to Drew Harwood’s feature film directorial debut THE ONE YOU FEED. The film will be available to rent and own on North American digital HD internet, cable and satellite platforms through Gravitas Ventures on December 29, 2020.

“The concept for The One You Feed came to me in a dream. We wanted to tell this love story between two men in a dreamlike manner.” said Actor/Producer Gareth Koorzen.

“We really wanted to make an LGBTQ film that expanded our current understanding of sexuality. We want to help normalize sexuality and sexual orientation and remove labels. So we decided that none of the characters would even have names. We wanted to display sexuality and sexual expression in its simplest form and for that to be beautiful. I really feel like we succeeded,” said Writer/Director/Actor Drew Harwood.

The story is a sort of mirage. The Stranger is lost and he’s running from something. Ultimately, what he runs away from, he runs into. He finds someone he cannot leave. These two people, the Stranger and the Man, spend lifetimes finding and losing each other.

“We truly put our entire lives on the line to make this movie. I always say we made it on a dime and a prayer,” said Producer Katie Garland Noble. “The guys literally transformed their house into a farmhouse so we could shoot this. They scoured the streets of LA for abandoned furniture and used whatever treasures they picked up as the tables, chairs, and set decorations in the film. I couldn’t be more proud of every single person who helped make this film possible,” she continued.

“The One You Feed’s rhythmic score, beautiful cinematography and strange yet distinctive sense of place set the tone of this compelling thriller,” said Megan Huggins, Acquisitions Coordinator at Gravitas Ventures. “Filmmaker Drew Harwood has coupled these elements with a dangerous love triangle that defies norms and realized a tense, striking film.”

The deal was negotiated by Megan Huggins on behalf of Gravitas Ventures and by Gareth Koorzen of F/A Films and Katie Garland Noble of Blue Himalayas Productions on behalf of filmmakers.

Tags The One You Feed