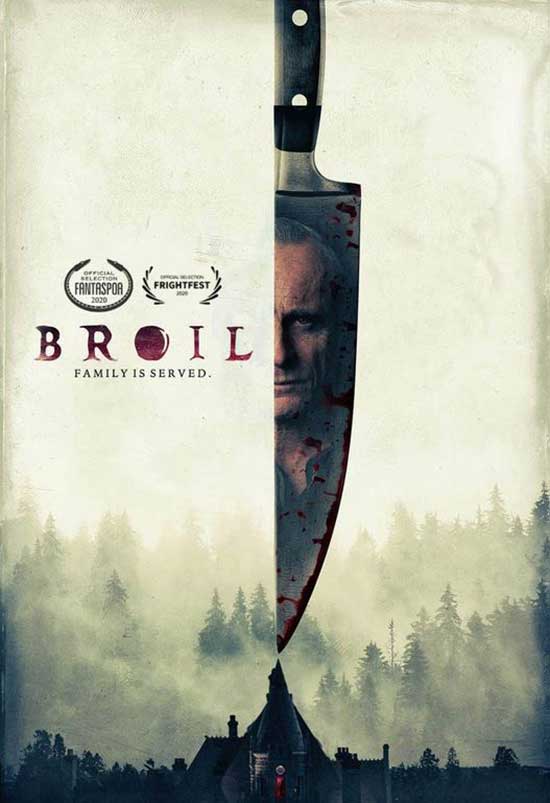 Broil follows a dysfunctional family of demons vying to control the future of their wealth.

Directed by Edward Drake (Cosmic Sin) and co-written with Piper Mars, Broil feels like an adaptation of a Young Adult novel that never was; A cross between Ready or Not and that classic Harry Potter fanfic, My Immortal. How’s that for a pull quote, people?

Chance Sinclair (Avery Konrad, Sacred Lies) is an extremely well to do teenager with a number of anger issues. For example, when we first meet her, she’s introducing her forehead to the nose of a very uppity Mean Girl. While it seems obvious that Chance is in the right on this, her parents don’t really take to her violence. After all, she is part of the Sinclair dynasty, once which spans centuries. Then there’s Chance’s medical issues – an aversion to sunlight and a need for regular blood transfusions – that mean she really should be taking care of herself instead of getting into fight. After Chance has another run in with a peer, she is packed off to the estate of her draconian grandfather, August (Timothy V. Murphy, True Detective).

At least that’s how it appears to Chance. The audience, however, is let in on a little secret. Chance’s parents, June (Annette Reilly, Chilling Adventures of Sabrina) and December (Nels Lennarson, Cold Pursuit), have made a deal with August. If they hand over their daughter to him, he’ll allow them to stop being part of the Sinclair’s ‘harvest’.

It’s never really made clear what the harvest entails or the Sinclairs’ part in it. Drake and Mars keep the truth behind the family vague enough that you’re welcome to believe they’re vampires, werewolves or something much worse.

With Chance now handed over to the head of the family, June and December put the wheels in motion for a coup. One which involves the skills of the Chef (Jonathan Lipnicki, Jerry Maquire), a socially awkward young man who is one half culinary genius and one half violent assassin. Yeah, you read that right.

Broil jumps between Chance and the Chef, filling in their backstories whilst mommy and daddy get to work assassinating August. Swinging between different POVs and timelines can be distracting to begin with, but once you get in to the groove of it, Broil turns out to be a neat little horror.

While we take our first steps into the narrative with Chance, it’s fair to say that Chef is our audience surrogate. Hired by August to whip up a delectable dinner for the Sinclairs, and then hired by some of the Sinclairs to kill August, you have to feel sorry for the guy. When he woke up that morning he couldn’t possibly imagine he’d have to cook the things he’s asked to do so. Despite the numerous strong performances on display, it needs to be said that this is Lipnicki’s film. He owns every scene he’s in and it’s it a shame you don’t see him in more mainstream films. Let the Lipnicki renaissance begin! 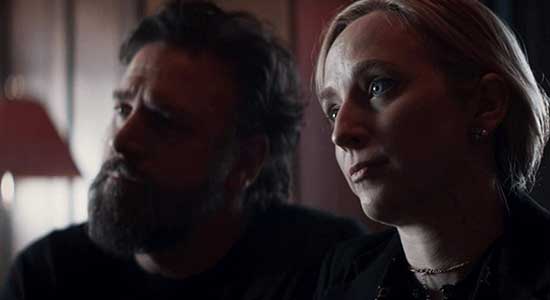 As things heat up on the Sinclair estate, Broil loses its way in the third act as twists are reveled to be hidden within twists. It’s just a bit too much and feels like Drake and Mars are throwing everything at the wall to see what sticks. When an infant character is aged dramatically seemingly for no other purpose but to give exposition to Chance, you start thinking that perhaps a more linear finale would have been just as satisfactory.

Overall, even though Broil is too gory to be considered a family film, the horror loving teen in your life is certainly going to get a kick out of this.