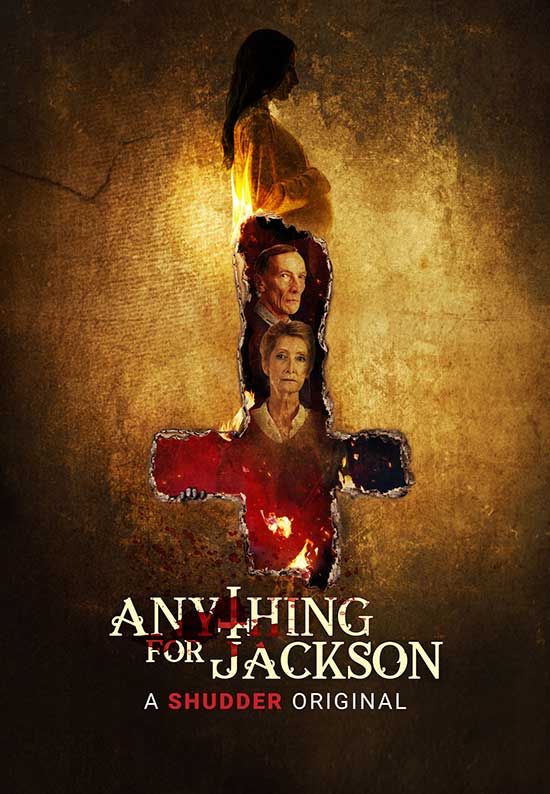 After losing their only grandchild in a car accident, an elderly couple kidnaps a pregnant woman to perform a reverse exorcism in order to bring him back to life.

Rue Morgue praises it, “while you may come to the film for the ghosts and demonic possessions, you’ll stay for two of the most endearingly villainous characters in modern horror” and Cinapse calls it “An Instant Cult Classic!”

Don’t miss the acclaimed horror debut from Canadian filmmaker Justin G. Dyck, who has over a decade of experience with celebrated Hallmark Christmas movies and family-friendly fares (of which ANYTHING FOR JACKSON should not be confused!). The film features winningly demonic practical effects and stars British-Canadian stage presence and character actor Julian Richings (HARD CORE LOGO, VICIOUS FUN), Sheila McCarthy (DIE HARD 2), and Konstantina Mantelos (A CHRISTMAS CRUSH), and is written by Dyck’s frequent collaborator Keith Cooper. The small cast is rounded out by Josh Cruddas (POLAR) and Yannick Bisson (ANOTHER WOLFCOP, Murdoch Mysteries).

After losing their only grandson in a car accident, grief-stricken Audrey and Henry, a doctor, kidnaps his pregnant patient with the intention of performing a “Reverse Exorcism”, putting Jackson inside her unborn child.

It doesn’t take long to figure out Jackson isn’t the only ghost the grandparents invited into their home. Now it’s a race against time for the couple, as well as the pregnant woman to figure a way out of the haunting they’ve set upon themselves.

Tags ANYTHING FOR JACKSON 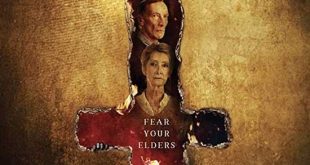 ANYTHING FOR JACKSON – “ROSEMARY`S BABY” meets “THE EXORCIST” and “INSIDIOUS”