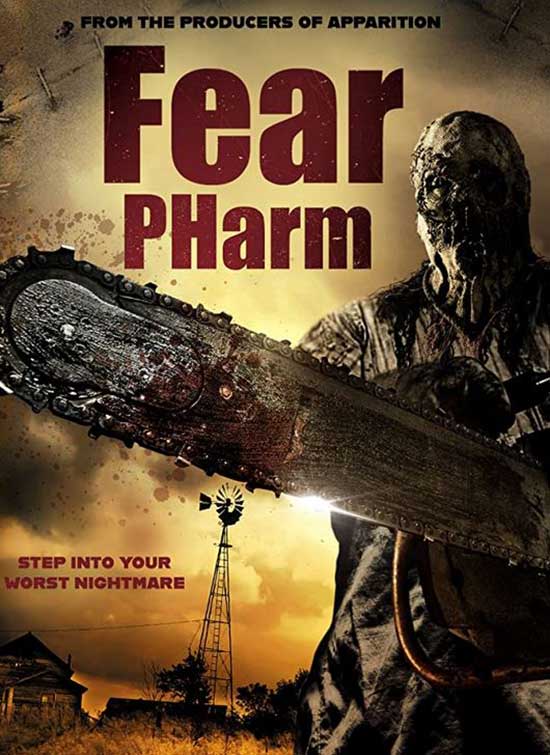 Four people enter a corn maze for Halloween and are picked off one by one by the twisted family who own the scare attraction.

A family who kills together stays together Well, that’s the case with Fear Pharm, a film who puts the PH in farm.

I was immediately surprised by the production value. This was quality stuff. Lighting, sound, the (limited) gore effects, it was all handled well enough to make this feel less like a budget affair and more cinema-quality. Even the acting was solid. The drone shots of the widespread corn-maze were magnificent. This film was looking to be an all-rounder.

Unfortunately, the writing got in the way.

Don’t get me wrong, it’s not horrible. The first act works extremely well to set things up and introduce the characters in a likable way so you’re not dying for them to die. I just wish we didn’t know what we were in for immediately. Watching the film, you can see how a more skillful writer could have used misdirection to give the story more pizazz and hide the killer family for a good portion of the film, adding some intrigue. The motivational workplace scene is a key example. I love the scene as is, the absurdity and comedic value was great, but I feel a misdirection and stronger story was lost at the expense.

Once we get to the second act, unfortunately things got rather bland and monotonous. Scurrying through a tall-ass corn maze at night with a group of unique killers after you, this is a great formula for some real tension, horror and gore but the film just skims across the surface, never truly being any of these. This is where the lack of skill of the writers, in terms of horror, become apparent.

For example, before things go south, we are treated to a 7 minute journey of our characters meandering through the maze. Much more could have been done here to build up tension and dread to move the story forward. Or the scene could have been cut in half and the little it did do to try and amp tension would have been more pronounced. As is, if you took out these 7 minutes, the film would not be changed in the slightest; a tell-tale sign of redundant scene. 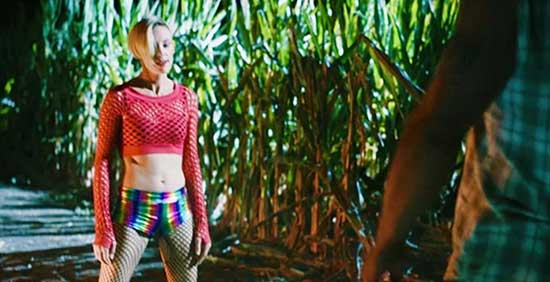 Once things kick into gear in the second half of act 2, it was pretty watered down. Think of other “family killer” films, House of a 1000 Corpses, Texas Chainsaw Massacre, they wound up the tension to 10 because the family were nuts and constantly terrorized the victims and our characters were constantly in danger. This doesn’t happen in Fear Pharm. Sure, there’s scenes of people running away, but they are never really chased, just hide running; not really tension building. It rarely gets the heartbeat up. There is another scene with a character running from a vehicle. And that’s all that happens. They run in a straight line and the vehicle takes an unnaturally long amount of time to reach them. Not really tension inducing stuff. The “skinning” scene is another good example. This was done well enough, but just enough too. Just enough to illicit some tension, but it’s never dialed to anything past 3. The whole film felt like this.

The 3rd act was unexpected, to say the least. The motives were a weird surprise and the ending was a nice touch, so Kudos to the writers here. But again, it was handled in such a watered-down manner, a lot of its impact was lost on me, which was a shame, as it was a doozy. 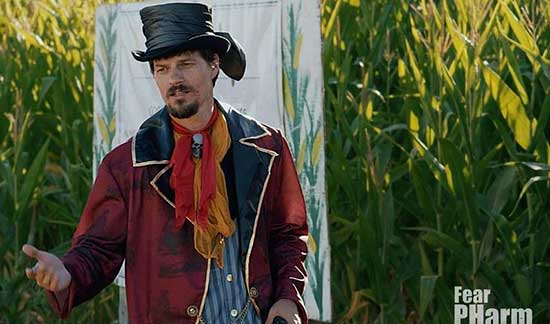 The bad guys were so interesting and look like they could each belong in their own film. I wish more time was spent on them. There was also a good dose of comedy throughout. The interactions between the killer family members was prime example of twisted, dark comedy that was great to see, but on the other side, comedy was shoe-horned into a character’s death and completely ruined it and the perceived reality of the world. It was funny, don’t get me wrong, and did kind of tie into the character’s persona, but no one in reality would act this way, in this moment, so your laughter is quickly replaced with WTF a nanosecond later.

Overall, Fear Pharm was an entertaining enough film and held my attention for its entire runtime. A better script and more focus on tension and horror would have made this one of the more memorable films out there, but unfortunately it never dedicates itself but simply tries to be a jack of all trades without mastering none. For those who scare easily, this would be a good addition to your watchlist but for the more seasoned fans, the film’s weaknesses make it a non-essential affair.