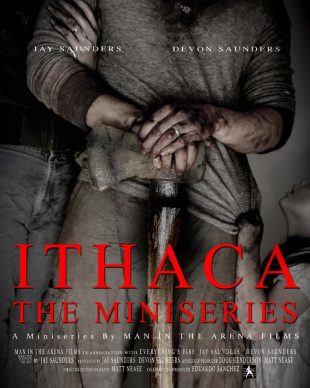 Synopsis:
ITHACA is an adventure mini-series that takes you on a journey through the battlefield of the mind, on a man’s quest to heal his broken legacy. The ambitious first season has been created over 7 years with zero budget, only 2-4 crew, and using only free and available resources. Inspired by Homer’s “Odyssey,” modern mythology, and flavored with Balinese Hindu Mythology. It is an emotional adventure/horror/psychological thriller that has already resonated in the hearts of all it’s viewers.