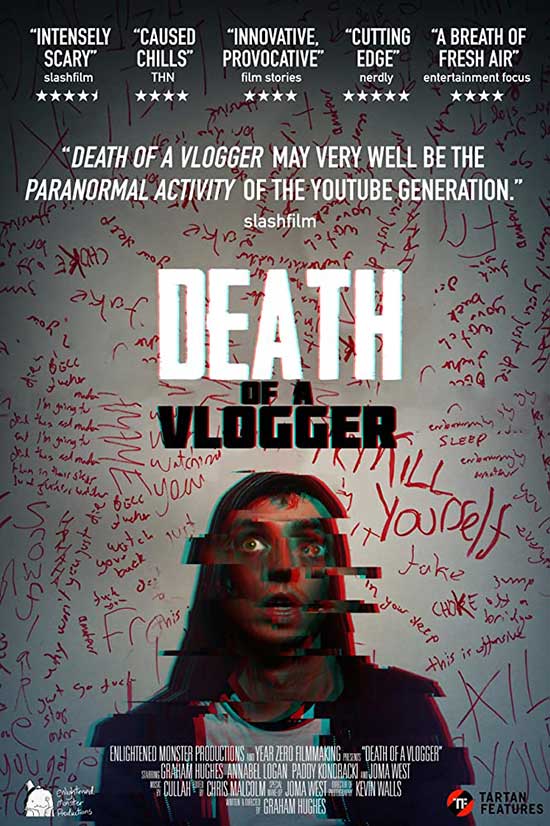 An ambitious vlogger experiences the dark side of the internet when his latest video, which features an alleged haunting, goes viral.

“Death of a Vlogger” (DOAV) will likely be rejected by genre horror fans because it has really bad effects, an uncharismatic lead character who is supposed to be a successful vlogger and they tend to be very charismatic, and finally there is nothing new here. Great horror mockumentaries have certain characteristics. They have good practical effects, charismatic and memorable characters, and something unique the audience will likely have not seen before. 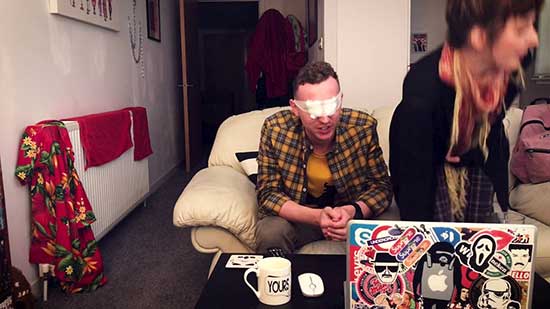 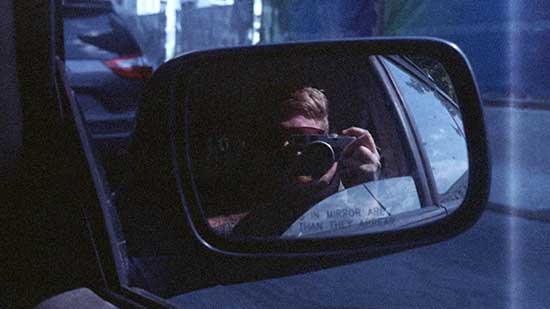 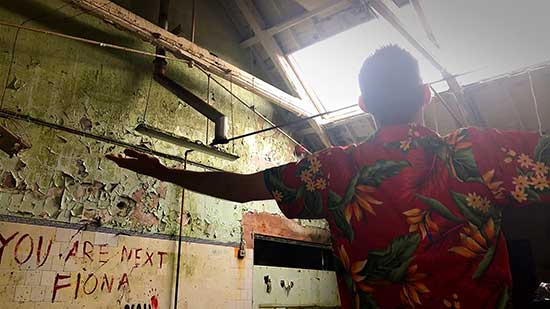 Though the film is mildly entertaining, it fails to live up to these three criteria that I have noticed through the years make or break a mockumentary. Some examples of movies that hit the mark in terms of these attributes are, but not limited to, “The Blair Witch Project,” “Lake Mungo,” “Behind the Mask,” “Troll Hunter,” and others. Unfortunately, if you are looking for “Death of a Vlogger” to be the next great horror mockumentary, I’m afraid you will be let down.

At the beginning of the trailer, you see an intro animation for “Enlightened Monster Productions.” They are the ones responsible for getting this mockumentary to the screen. This company is, as the movie is, interchangeable with Graham Hughes, the English chap that plays the lead, directs, writes, and produces the thing. He seems like a good guy to get computer repair from but certainly not the personality that would drive anyone to watch his Vlog. I do celebrate actors who direct and write their own movies.

I feel if you do that you have done two things: 1) Had a vision and 2) made that vision real as the director and actor. I applaud Graham Hughes for this and I hope he continues to build on what his movie is and give us something better, even if that means not casting himself as lead.

So I’ve touched on the poor casting of the lead, again I believe that role should be played by someone with a velvety voice or something like that so we as the audience can suspend disbelief that he has a Vlog that adults tune into. There is a point when it seems his fans seek retribution for him pretending ghosts were in his house and you see a wall covered in hate words toward him. 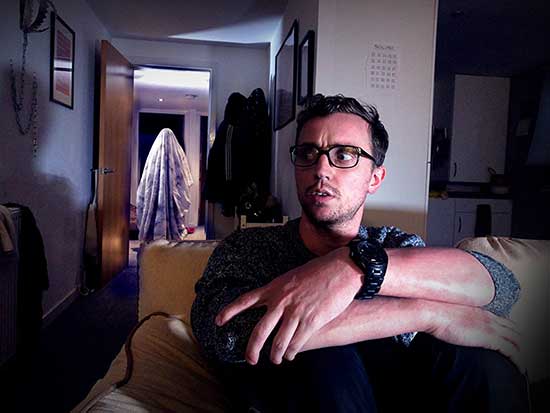 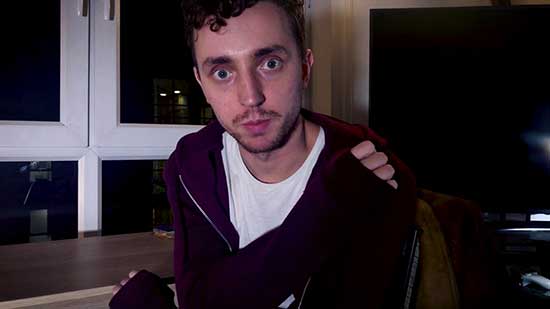 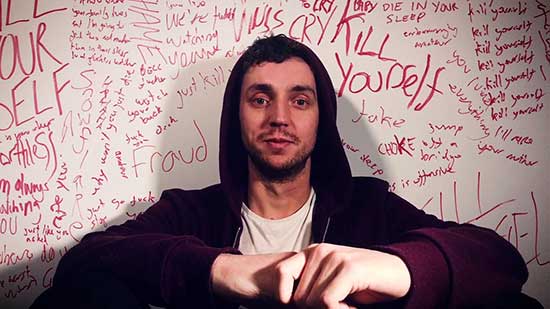 That’s how long it takes to put a finger on his audience, even though it’s a small inferential way. I think we are to the point in mockumentary criticism where we expect certain realism to exist. Graham made a prior film that lavishes and seeks to attract suicide interests and the titillation of the word in its title “A Practical Guide to a Spectacular Suicide.” I haven’t seen that film and probably never will. I have known people who succeeded in their own suicide and it wasn’t remotely funny. Grief horror maybe? I don’t care, poor taste in titles. “Troll Hunter,” for example, gets this right. The lead in that is charisma personified. Please check it out if you haven’t already. I recommend it.

Effects in these films are not demanding of time and experience. Some of my favorite effects in Troll Hunter and other films are done in silly David Blaine fashion where you only have to make it look as real as it would on a television camera. DOAV has the best lighting, perfect colors in the shot and this all works against the effects. I’ll mention the worst one is when they raise up a makeshift ghost … or was it the creepy cup moving on the coffee table? There’s no latex or Fangoria artistry here, just a big kid playing with a camera and friends he likely paid little to feed the monster. 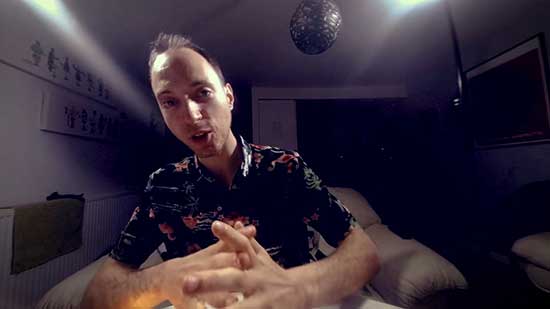 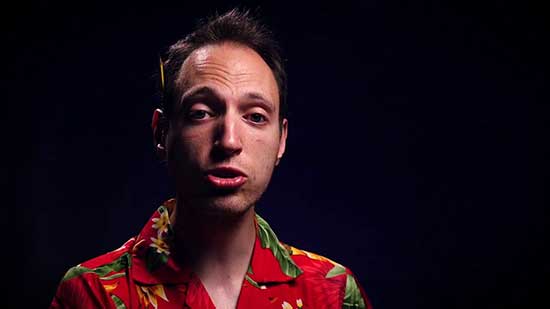 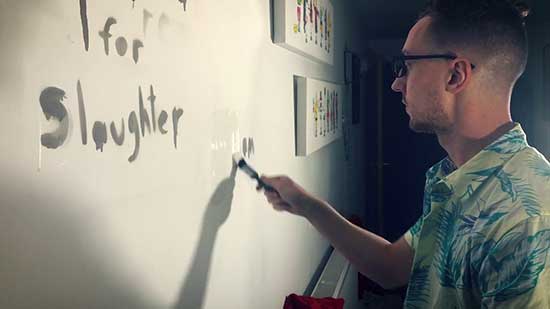 Finally, as I alluded to, there are far better horror mockumentaries. I am still interested in this director but he needs to step away from the lead. Quentin Tarantino never cast himself the lead. Sometimes it’s not the best way to tell the tale. I will reiterate though that this director is new so I don’t want to be too hard on him. He should look at more of these films and see how the lighting shouldn’t always be perfect and there should be more scariness amongst the geekery.