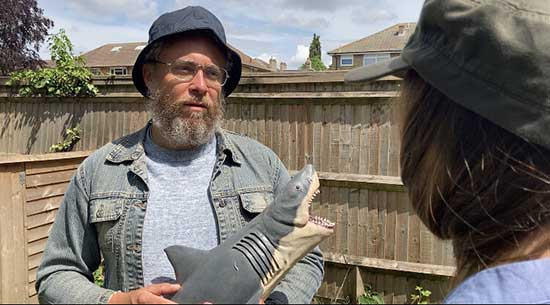 Thanks to The Daily Jaws, the world’s number one Jaws fan site, almost 100 JAWS fans from the UK, US and India have spent part of the Covid-19 lockdown creating their own unique social distanced fanmade version of JAWS.

And they’ve never met, the only thing uniting them, their love of JAWS and being on lockdown. And now it is having its ‘world premiere’ on Saturday 20 June, 45 years to the day since the film was first released.

Dubbed the JAWS WeMake, the hour plus long love letter to the Universal Pictures classic, directed by Steven Spielberg, has been created using a mix of live action, animation, action figures and stop motion to reimagine the 1975 shark thriller in the safety of their own home.

For that added extra JAWS feel, it includes footage shot in Martha’s Vineyard – the same location that doubled as Amity Island for JAWS. 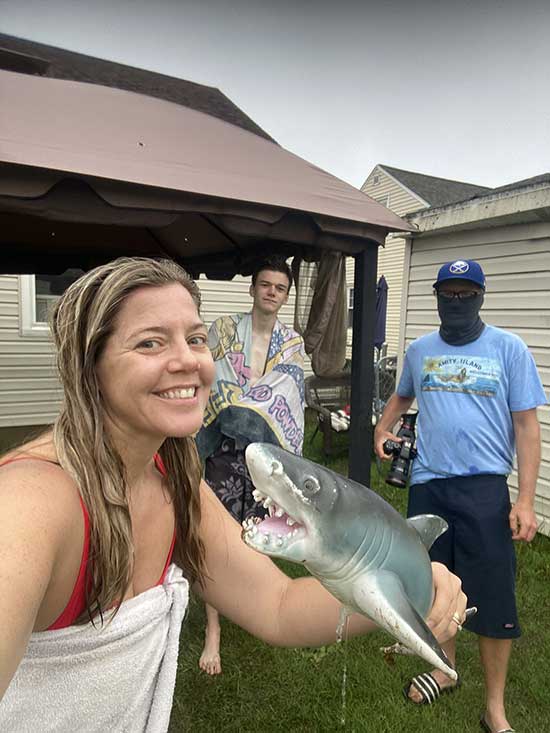 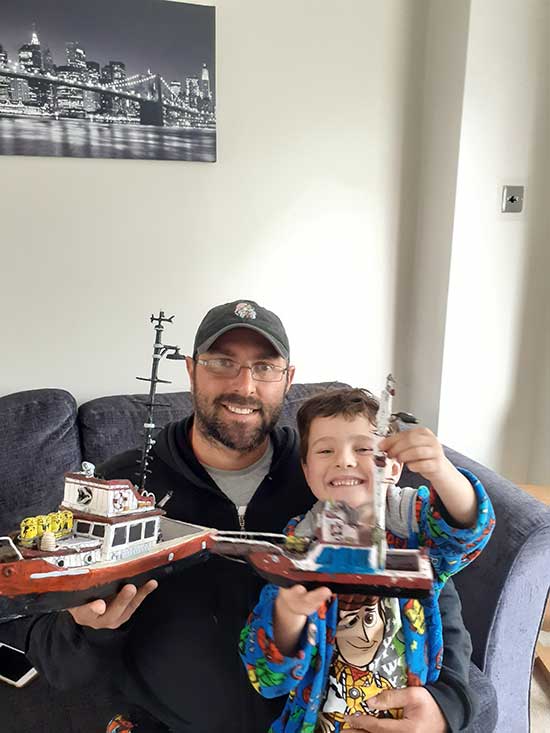 As a further seal of approval, Marty Milner, one of the people who helped build ‘Bruce’ the mechanical shark used in the film, also features in a brief scene. Of the project, he said: “It’s a wonderful effort.”

It’s also attracted the attention of UK comedian and huge JAWS fan, Tim Vine, who even chose it as his specialist chosen subject on BBC One’s Celebrity Mastermind last year. He features across clips as five different characters from the film, Chief Brody, Mayor Vaughn, Ellen Brody, Harry Meadows and the Coroner. Some even featuring in the same scene!

Tim, who was also model shark wrangler in one scene, said: “JAWS is my favourite film so having a reason to remake bits of it has been the perfect way to fill my lockdown afternoons. I’m pretty sure Murray Hamilton never stuck his lines to a garden fence.”

The ambitious film, which has seen over 70 submissions, was the idea of The Daily Jaws. Its founder, Ross Williams, who also pops up as Matt Hooper in several scenes, said: “We know lots of people have been stuck at home, or not been able to go out, so we wanted to help keep JAWS fans entertained and celebrate 45 years of the release of the film in our own unique way, and it does just that. It’s a universal situation and JAWS is a Universal film. Literally.” 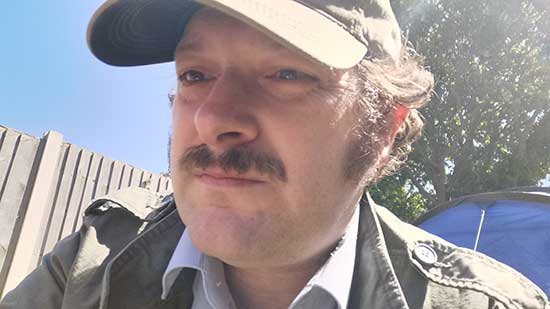 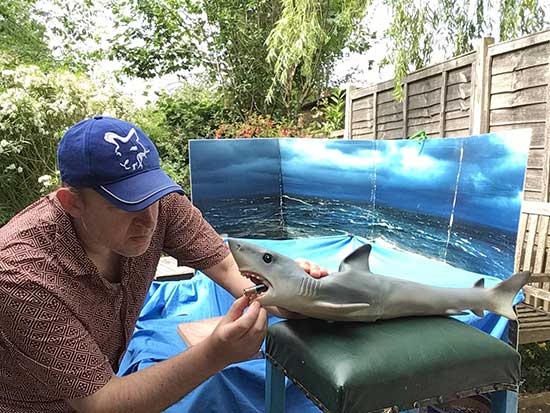 Dean Newman, The Daily Jaws Chief Writer who has been editing the separate clips together and makes the odd appearance as Quint, said:” We’ve been stunned with the reaction and excitement it has caused across the JAWS community, and it has created something nice and fun during such a distressing time for people.”

Making the JAWS WeMake a family affair has been Phil Elrick, 39, and his son, Brandon, aged 5, from West Yorkshire in the UK.

Phil said: “After a lifelong obsession with JAWS, I couldn’t miss this opportunity to film some of my favourite scenes and become Steven Spielberg for a few days. Bucket list, check. Along with my son, who does a great “Bad Hat Harry”, we lived, breathed and slept everything JAWS.

“We may not have the magic of Hollywood effects, but we pulled it off using lockdown effects.”

Across the other side of the pond is Jackey Deschamps and her family from Buffalo, New York.

She roped in her husband, Jeremy, and children Joseph, 16, Collin, 14, and Cameron, 10, as actors. Jackey’s brother, Scott Balzer was on their scenes filming and editing duties.

Jackey said: “Our family, including my brother, have always been into movies but JAWS is probably at the top for all of us. I showed this movie to my kids probably at an age younger than most normal parents.

“We have always been a creative group. My boys are always busy filming things. So it seemed like a fun project. The boys have seen the film so many times they can quote most of the movie on their own. Getting involved in the JAWS WeMake worked out perfect and gave us all a chance to be together.”

Jim Beller, a leading authority on JAWS who has the largest JAWS collection in the world, also featured in one scene. He said: “It was really fun being a part of this! What a great idea from the guys at the Daily JAWS to have fellow fans from around the world to be a part of this during the pandemic!”

And when are The Daily Jaws premiering the JAWS WeMake? On June 20th, 45 years to the day when the film originally opened across the US and became the first film to make $100 million.

Catch the JAWS WeMake only at The Daily Jaws YouTube channel on Saturday 20 June at 1pm (PT) and 9pm (BST), where you can also find the trailer:

Please use the hashtag #JawsWeMake on social media.