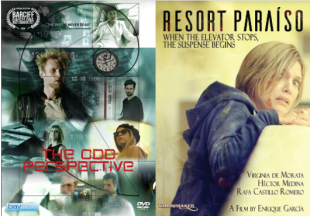 Bayview Entertainment releases The Odd Perspective (Best Neo Noir Thriller at The Detective Crime Thriller Film Festival) and Resort Paraiso are now available on DVD at a fine retailer near you.

The Odd Perspective
Aleix is a synergist with the ability to see patterns in reality. He can connect isolated events in nature, interpret them and identify patterns which lead him to the solution to those questions life asks him. After having been absent for a year to parts unknown, Aleix returns to his home town with the intention of finding answers to his father’s death, an important member of the country’s social political life. Though the autopsy concludes a heart attack as the cause of death, Aleix believes there is something much darker, more wide-reaching behind his death. The answer requires solving a multiple homicide case which his brother, Jaume, the police Major Crimes Deputy Chief, is investigating. However, the relationship between the brothers is complicated and their ways of dealing with life are diametrically opposed. The collaboration between the two brothers will test their personal convictions. 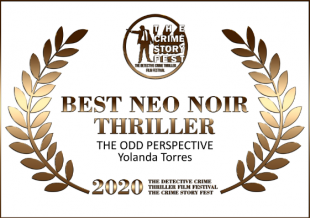 Resort Paraiso
Pablo and Eva are struggling through two crises: employment and marriage. Out of despair, they squat in the resort hotel where Eva works during the summer. Closed between November and March, the isolated resort is the ideal place for the couple to spend the winter by using its rooms and facilities. But this also means Pablo and Eva must avoid the two security guards who watch the hotel in day and night shifts. Eva comes up with a master plan to keep her and Pablo from getting caught…until one of the security guards begins to suspect that there are intruders in the resort. Thus begins a thrilling cat and mouse game of survival across the world of the Resort Paraiso.