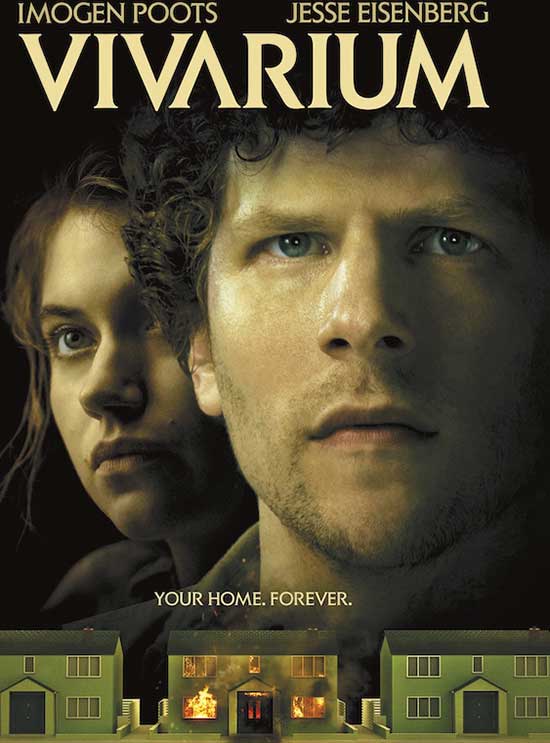 There’s no escape in this new thriller flick. Watch Jesse Eisenberg (Zombieland, Batman v Superman: Dawn of Justice, The Social Network) and Imogen Poots (TV’s “Roadies,” 28 Weeks Later, Green Room) fight for their sanity in Vivarium, arriving on Digital March 27 and on Blu-ray™ (plus Digital) and DVD May 12 from Lionsgate

The suspenseful and nerve-rattling thriller Vivarium arrives on Digital March 27 and on Blu-ray™ (plus Digital) and DVD May 12 from Lionsgate. This film is currently available On Demand. Vivarium had its world premier at the 2019 Cannes Film Festival with overwhelmingly positive critical praise, and is Certified Fresh™ by Rotten Tomatoes. Directed by Lorcan Finnegan (Foxes, Without Name), Vivarium stars Academy Award® nominee Jesse Eisenberg (Best Actor, The Social Network, 2010) and Imogen Poots. The Vivarium Blu-ray and DVD will be available for the suggested retail price of $21.99 and $19.98, respectively.

OFFICIAL SYNOPSIS
Tom and Gemma (Jesse Eisenberg and Imogen Poots) are looking for the perfect home. When a strange real-estate agent takes them to Yonder, a mysterious suburban neighborhood of identical houses, Tom and Gemma can’t wait to leave. But when they try to exit the labyrinth-like housing development, each road takes them back to where they started. Soon, they realize their search for a dream home has plunged them into a terrifying nightmare, in this taut thriller filled with white-knuckle suspense. 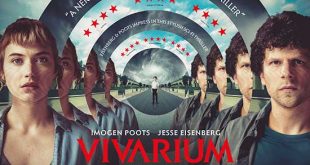 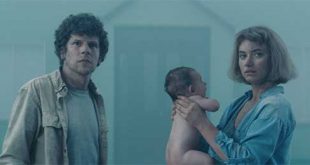