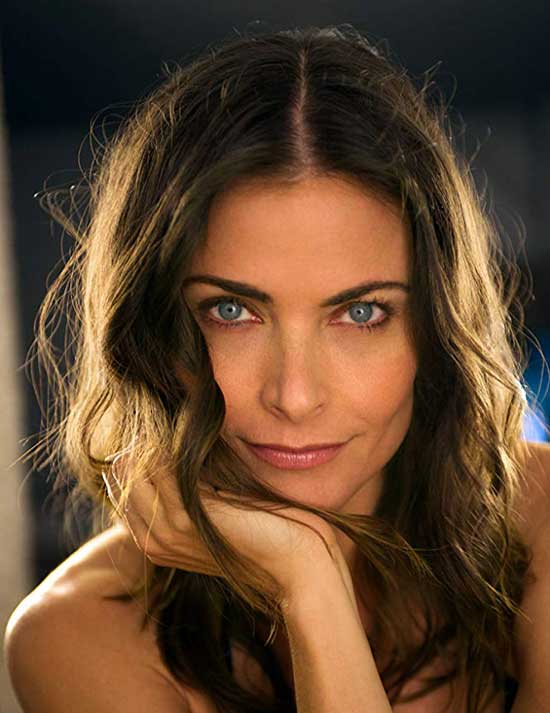 “Tara Westwood who stars in Sony’s new reboot of THE GRUDGE. The film will release in theaters on January 3rd and is a new take on the 2004 film of the same name, which itself was based on the 2002 Japanese original Ju-on. We would love to find an opportunity for Tara with Horror News.

Following THE GRUDGE, Tara will star alongside David Arquette and Ashley Greene in BLACKJACK: THE JACKIE RYAN STORY, which focuses on the Brooklyn-native street basketball legend Jackie Ryan.

Tara is both an actress and producer who has been seen in many films including THE BIG TAKE and DETOURS as well as in multiple television shows including THE GOOD WIFE and LAW & ORDER: SVU. Her vibrant personality and worldly mindset keeps audiences engaged on and off screen. We’d love to discuss you featuring her.”

Tara Westwood is so talented. She wears a few hats. Tara took time to talk with Horrornews.net about the highly anticipated film THE GRUDGE coming out on January 3, 2020. So check it out. 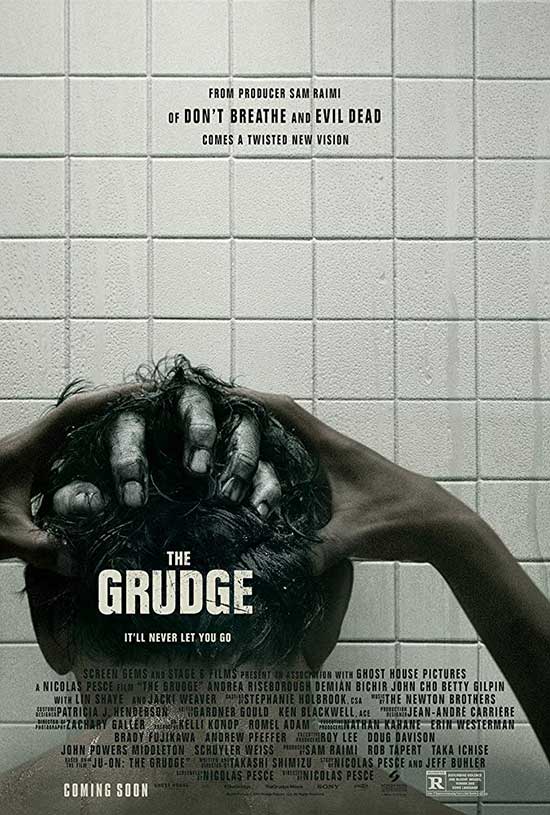 Hi Tara, How are you?

Tara- I’m doing very good. Thanks. Are you doing good?

Tara- Thank you for having me. I’m excited.

Thank you for taking the time to talk to me for Horrornews.net. Please tell us a little bit about your character and how you got involved with The Grudge?

Tara- I auditioned for the film. I put myself on tape. I live in New York and the funny is we filmed The Grudge in Winnipeg, Canada and I am from Winnipeg, Canada. So, that was cool to go home. I’ve spent more time in America then I have in Canada but it was great to be there. So, I put myself on tape and then I ended up having a Skype callback with Nicolas Pesce, our director, which was something else. It was such a blast to do it. Then I got the part which was exciting. I play a character and you see me alive and well in the beginning in Japan and then later on you see me in a much different state, drooling on top of Lin Shaye.

(Laughter) Oh no… Oh no…. What was it like working with Lin Shaye? She is amazing. I love her.

Tara- (laughter) Oh, you and I both love Lin Shaye, everyone loves Lin Shaye. There were a couple of funny things about Lin, for starters my introduction to Lin was, I show up looking the way I look and we shake hands. As an actor you have to set the parameters and make sure everyone is comfortable. We shake hands. I said, “hey, I’m Tara” and she said, “I’m Lin” and I said, Lin is it okay if I drool in your mouth? She looked at me and said, “Of Course.” (Laughter) We would be filming and I adore that woman. I love to act so much and so does she.  She is so passionate about it, so it was a complete joy to be onset with her. We would be laughing in between takes I was like; I know that laugh. Why do I know that laugh? I hadn’t checked her out on IMDB and I was like, oh my goodness that’s Magda from There’s Something About Mary. That’s why I know that laugh and I know her from some films but I didn’t know everything that she had done.

I love that movie and Magda is a classic character. 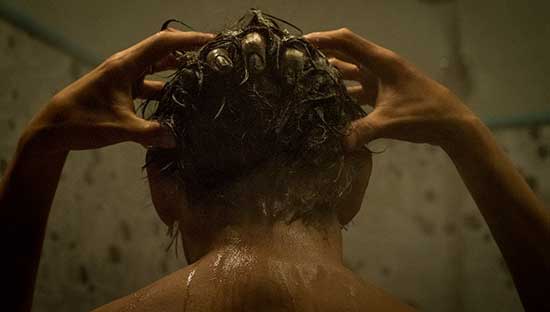 Tara- Mine too. I love it so much.

How does that work when you have to drool into a person mouth like that?  Special effects-wise? Do you get a mouth guard?

Tara- We had these amazing effects guys, Toby and Matt onset. They were just so good at their job. They would put what I had to drool into my mouth and then I would have a moment to kind of emotionally prepare, I would already be doing that before because my character was supposed to be in a bit of a state. Then Nic would yell action and I would go into position and Lin was screaming and I would drool into her mouth. Sometimes it was more than a little bit of drool, it would get a little disgusting but she handled it well.

That is crazy but the trailer looks insane. I recently filmed a little commercial where I had to drink a smoothie (Laughter) and it looked good but no one wanted to taste it so I just drank it because I made it but then they go, okay, just drink it. Its fine. It was good but I was told don’t eat or drink anything on tables. (Laughter)

Tara- I was on set once and there was a chicken on the table and we weren’t eating it, we just never got to it and then at the end of it, they were like, we are done with the chicken. So I grabbed a big piece and I put it in my mouth and I was chewing it and I swallowed it and someone came over and said, did you just eat the chicken? I was like, yeah and they went, NO NO NO! I said guys its too late, I just swallowed it and they go oh, no its fine. I said no its not fine because of you how just reacted, what’s wrong with it? They said it was made yesterday and its been out of the fridge since yesterday and it was just a prop.

Tara- Nic Pesce is a gem. He is such a great director to work with. What’s also wonderful about Nic, once he gets what he wants, he is open to collaborate. That for me is the biggest excitement about being onset, he was open to our ideas. He is a wonderful director. His film on Netflix, The Eyes of My Mother is so special. If you spend any time talking to him, he is so special.

I will have to check that film out. I haven’t seen it yet.

Tara- Oh my gosh, you have to. It had no budget, he wrote it, directed it and produced it. It’s a black and white film. Its wonderful and such a good movie.

Did you have to do anything special to play Fiona? This has an R-Rating and it seems like it may be scarier and grittier than the other films? I am also excited because you guys are doing an amazing job from what I have seen so far.

Tara- Thank you. When I got the script, the fill script, I cried a few times reading it. I did not expect to do that because in my head it’s a psychological horror but its so well written and it’s a psychological layered film. There are parts that are heartbreaking as well. So that aspect of horror, I find to be interesting because you become more involved. Our producer Sam Raimi always wanted a Rated-R version of The Grudge and we’ve got one here, January 3, 2020 coming out! It is scarier and gorier; we get to push those limits.

I agree- I am excited. Horror movies have always been an escape for but I do love those psychological ones with the great stories.

Tara- That’s great, someone the other day, asked me what some of my favorite horror movies are? I said, Seven is a movie that I love. David Fincher, I just think is such a great director as well. He’s directed a bunch of TV series that I think you would enjoy as well. Mindhunter is great.

Oh, I love Mindhunter and Seven is one of my favorites as well.

Tara- Exactly, so we are on the same page. I love those kinds of films. I feel that this movie is similar in that way. It got that writing that messes with your head, its not just a gross, cut em up movie. It has a story involved.

Tara- I think since I was a little girl, I always wanted to act but it wasn’t something for some weird reason that I would say to anyone or even to myself. I would say that I wanted to be an oceanographer for a while, a lawyer, I modeled for a while but I always knew deep down that this was something I was absolutely wanting to do. My passion for it. I love the people in my life that I love and then I love this. Its not an easy career choice. 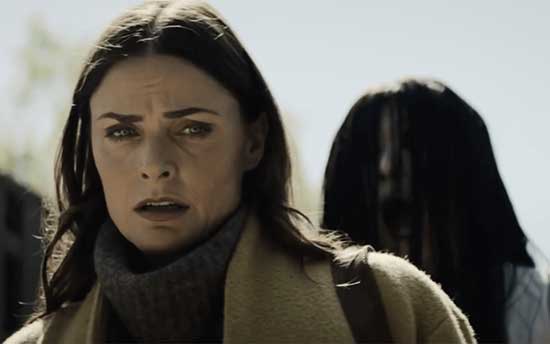 What would you like to say to everyone watching The Grudge?

Tara- Oh my gosh, for starters, go see it opening weekend. Make sure you’ve got the popcorn and drinks ahead of time. You won’t want to miss a minute. I want them to go on a ride. I think everybody needs a way to escape and The Grudge will do that for you.

Thank you so much Tara for talking to Horrornews.net. I will check out those other films you mentioned and thank you. You rock.

Tara- Thank you so much. That’s fantastic. Happy Holidays.