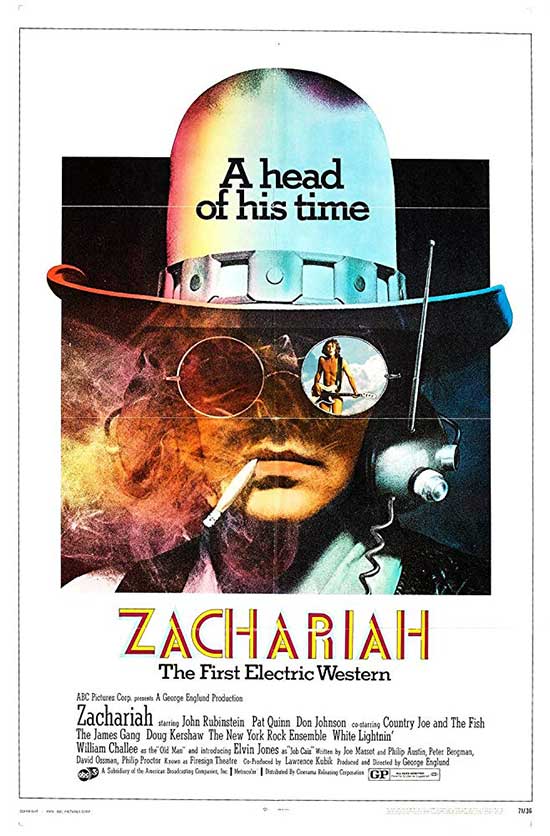 Two gunfighters separate and experience surreal visions on their journey through the west.

I’m sure we’ve all run across our share of movies and tv shows that try to mesh genres or go the route of having a very meta sense of humor. Sometimes this fails miserably. Sometimes, it becomes an incredibly fun experience. As an example, there’s the early ‘90s t.v. show The Adventures of Brisco County Jr. Starring the always awesome Bruce Campbell, it was a western/sci-fi hybrid that had wasn’t afraid to make jokes that were pop culture references of the modern-day. However, those jokes were cleverly delivered in such a way that they never broke the illusion that the show was taking place in the 1890s. On the other end of this spectrum is 1971’s Zachariah, a musical that tried to blend in 1960s style rock music with a western. 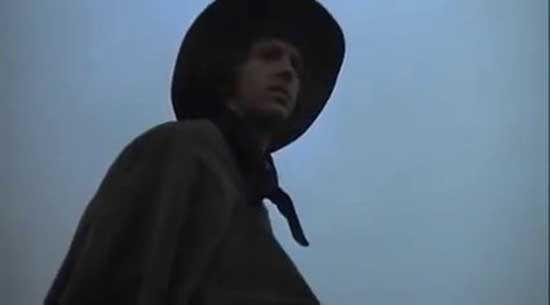 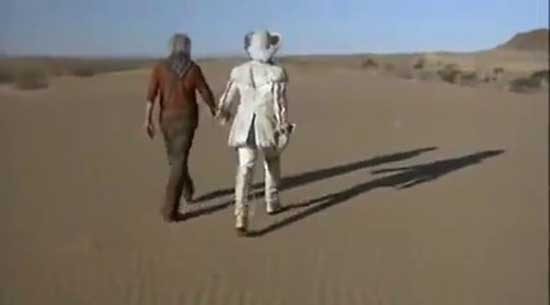 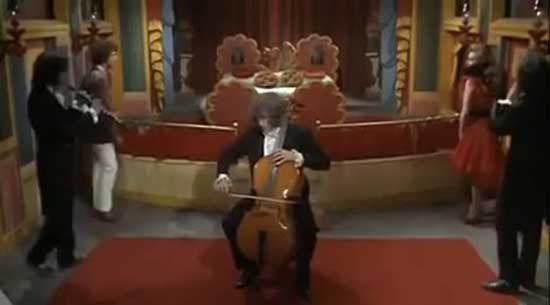 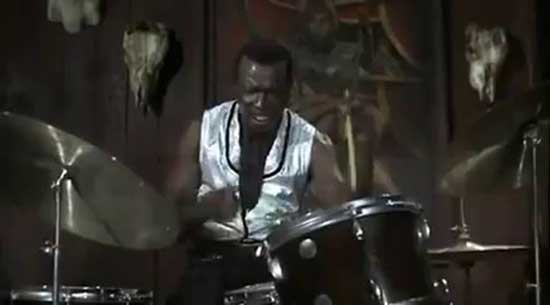 The movie follows Zachariah (John Rubinstein) a young farmer in the 1870s. The film begins after he receives a handgun he ordered from a catalog. He and his buddy, Matthew (Don Johnson) have some fun using it to shoot some targets, then go to the local bar to watch a traveling band they’re fans of. After a man picks a fight with Zachariah and ends up dead as a result, both Zachariah and Matthew go on the run to become outlaws. 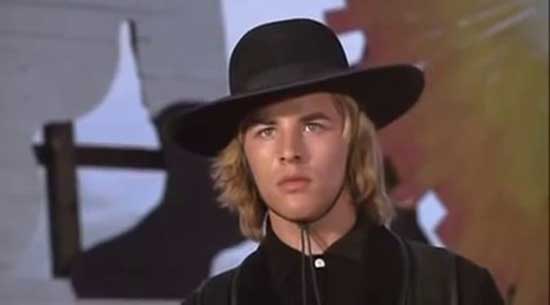 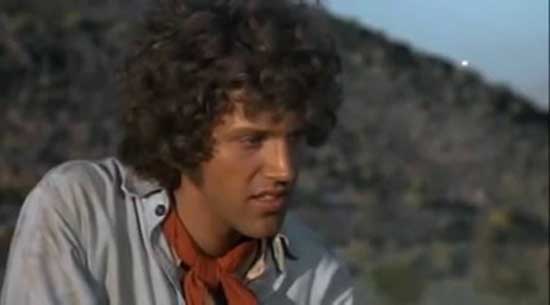 There are a few things to like about this movie. The acting was fairly solid throughout, which was a nice surprise (In my defense, I normally review movies where everyone is terrible at performing the most basic of human actions). The movie also doesn’t take itself too seriously, and everyone involved knows that they’re making a rock-n-roll western musical and seem to just have fun with it. To add to the overall experience, the music is pretty decent with some nice cameos from some real musicians.

On the surface, the story itself isn’t something you haven’t already seen. It’s about a man’s journey to find where he fits into the world. Zachariah is someone who wants more from life, but he doesn’t know what it is he’s looking for. The film doesn’t exactly do anything to break new ground on that, and it doesn’t help that the film’s pacing drags at some points. Now, the part that makes it kind of interesting is there seems to be a subtext about two gay men (Zachariah and Matthew) trying to come to accept themselves for who they are and finally allow themselves to show their feelings for each other. It’s handled subtly and is something that’s largely open to interpretation. It’s a positive message that also adds a bit of depth to the movie. 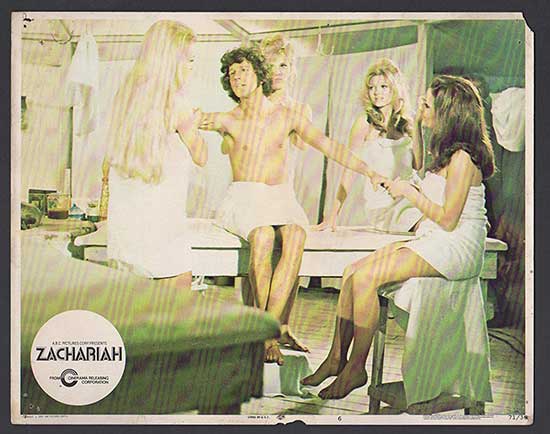 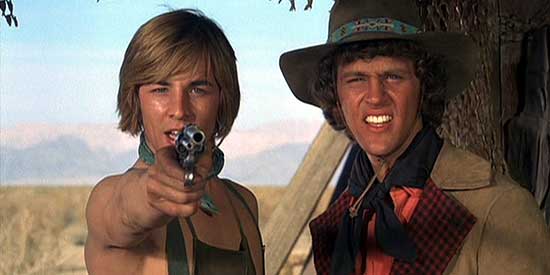 Now the main problem I found with the movie was that the melding of 1960’s and ‘70s music with the Western didn’t always work. We’re seeing people on screen using electric guitars and other modern instruments while playing characters living in the 1870s, and it stuck out like a sore thumb. 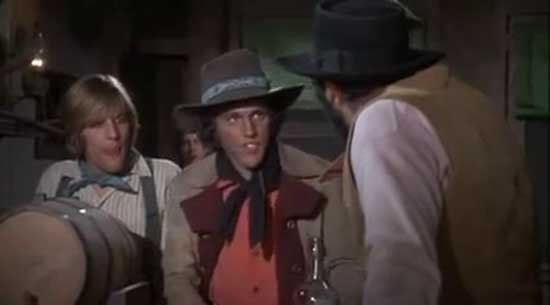 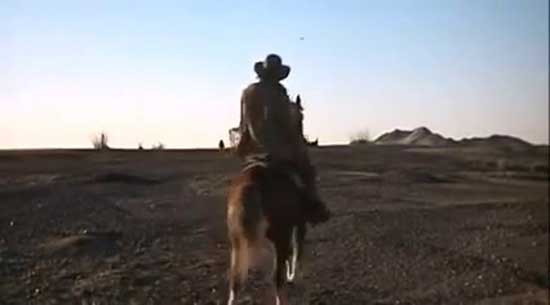 I mentioned the series of Adventures of Brisco County Jr. earlier mainly because I consider it a prime example of how to properly blend modern references and technology into their setting. For instance, if you see someone with a rocket, the rocket will at least look like it was created out of materials commonly used in the 1890s. You’d get an explanation that the guy who created it is a genius inventor, but he’s having problems getting some of his creations to work right. The way the series would do that made the inclusions of such things less anachronistic. If Zachariah had actually tried to blend the technology to make it look like it belonged to the West, then all they’d have to do is have someone say a line like “Ain’t that the new instruments that crazy feller from New York invented?” and boom, you actually could have provided a cursory explanation for why we’re seeing this stuff. By not even trying, seeing those instruments took me out of the movie. I’ll admit though, maybe that’s just me. 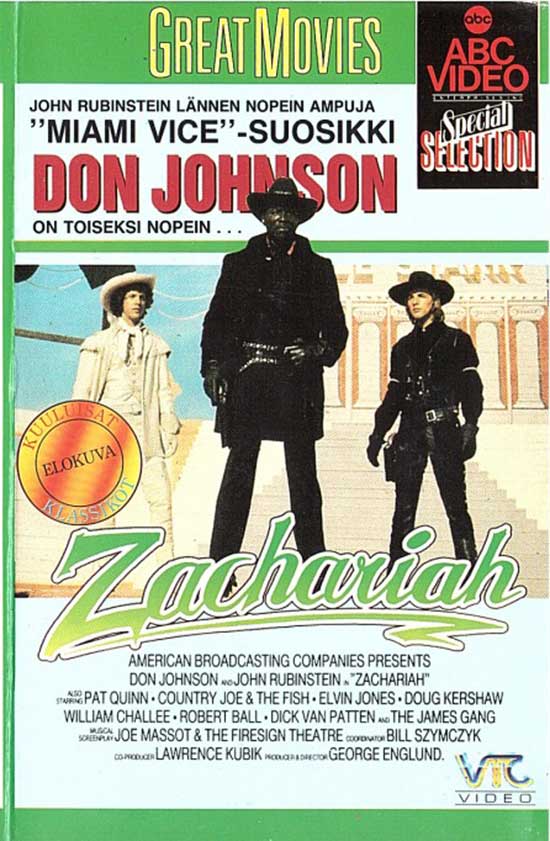 Overall, I think I kind of liked Zachariah. It may not have been as action-packed as I would have preferred, didn’t have the most original story, and the site of some bits of modern technology in an Old West setting did bother me, but it at least tried doing something different. I found the music reasonably good, the acting was pretty decent, and it was an easy enough watch. I wouldn’t recommend going out of your way to catch this one, but you could honestly do worse with your time.