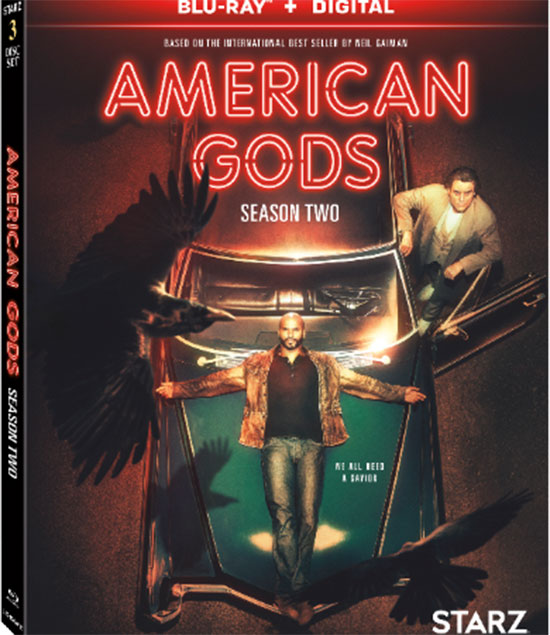 The epic fantasy battle between New and Old Gods continues on television’s most visionary series when Season 2 of “American Gods” arrives on Digital July 22 and on Blu-ray™ (plus Digital) and DVD August 20 from Lionsgate. From Neil Gaiman’s best-selling novel, the show is “an apocalyptic clash of ideas about who we are, what we believe, and what defines us” (Glen Weldon, NPR). Already renewed for a third season on the heels of the series’ sophomore debut, which returned as the second highest rated STARZ Original of 2019, the stellar cast includes Ricky Whittle (TV’s “The 100”), Golden Globe® winner Ian McShane (2004, Best Television Actor – Drama Series, TV’s “Deadwood”; John Wick, Hellboy), Emily Browning (Sucker Punch, Sleeping Beauty), and Pablo Schreiber (TV’s “Orange Is the New Black,” “Law & Order: Special Victims Unit,” 13 Hours).

We were forged in God’s image, but the Gods are also made in ours — and in Season Two, the battle moves inexorably towards crisis point as the destinies of gods and men collide. While Mr. World plots revenge for the attack against him in Season One, Shadow throws in his lot with Wednesday’s attempt to convince the Old Gods of the urgency for full-out war, with Laura and Mad Sweeney in tow. A council at the House on the Rock explodes into chaos, sending deities both Old and New on quests across America that will converge in Cairo, Illinois. Shadow is forced to carve out a place as a believer in this strange new world of living gods — a dark world where change demands commitment, and faith requires terrible sacrifice.

The home entertainment release of “American Gods“: Season Two includes three in-depth featurettes, including a closer look at the House on the Rock, one of the most outlandish, unbelievable locations from the series. The “American Gods“: Season Two Blu-ray and DVD will be available for the suggested retail price of $34.97 and $34.98, respectively. 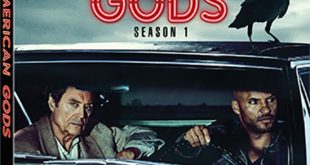