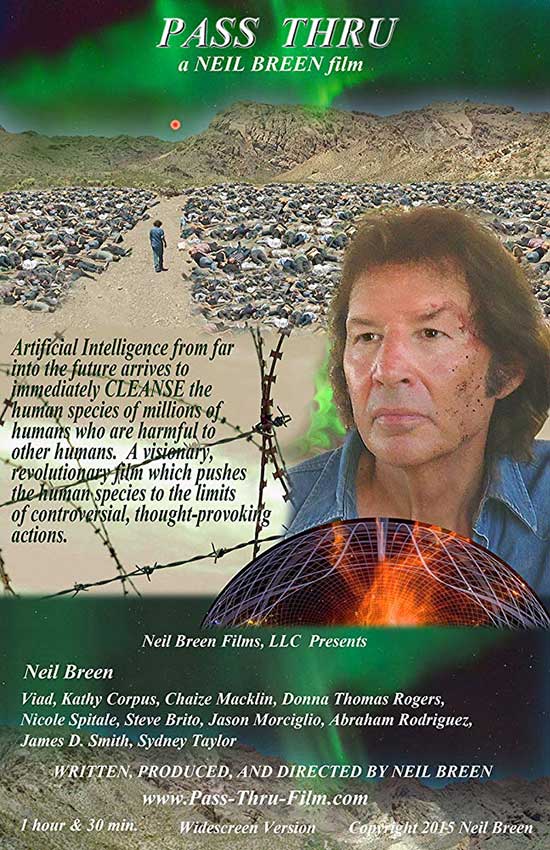 A messianic entity from the future travels to modern-day earth to wipe out 300,000,000 “bad people” and usher in a new era of peace.

After watching Pass Thru, I was nearly catatonic. It was the third of three Neil Breen movies I had been asked to review, and I think it had caused some kind of temporary kind of mental impairment. I blankly stared at things without comprehending what I was seeing. It wasn’t until I came across clips of some of my favorite movies that I managed to snap out of the strange fugue state I was in. I almost started weeping, not because of the emotional impact the films had, but because I had forgotten what movies that had good writing, directing, special effects, cinematography, and acting looked like. I’d been so entrenched in Breen’s style of awfulness that any concept of cinematic competence was almost alien to me. 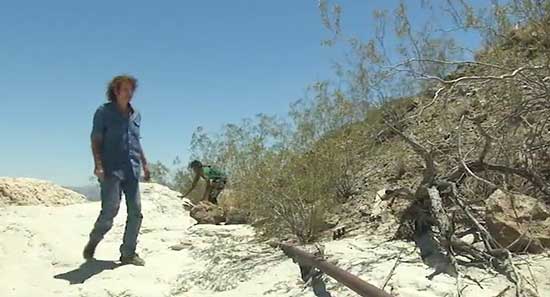 In Pass Thru, Breen acts as producer, director, writer, actor, and cinematographer again. In it he plays a drug addict living out in a desert outside Las Vegas when a group of drug smugglers/human traffickers smack him around for being in their way. While he lay unconscious, (or maybe he was dead, it’s not entirely clear) an artificial intelligence from the far future comes to our time and assumes Breen’s form. This A.I., that also possesses messianic powers (well, of course), proceeds to not do anything much of interest until the end where he uses his mojo to wipe out hundreds of millions of bad people. 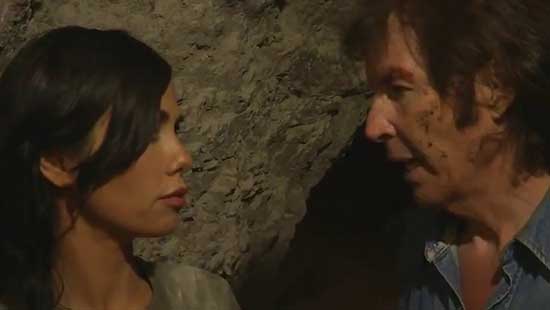 Well, as is no shock with anyone that’s seen a Neil Breen production before, the man casts himself as a god-like being. Which is only slightly different from the time he cast himself as a character who was an alien, Jesus, God, and a cyborg. Either way, his character is really just there to be able to wipe away all the problems that bother him by waving his hand. It not only shows that he’s a lazy storyteller, but it also allows him to resolve his plot without having to put any real thought or effort into actually doing anything logically. As I’ve mentioned in previous reviews of his films, this man comes across as having an enormous ego. It’s as if he, like his characters, feels he’s the only one that recognizes the big issues threatening human civilization and is willing to do something about it. It’d be tolerable if he didn’t come across as being so preachy and self-important. 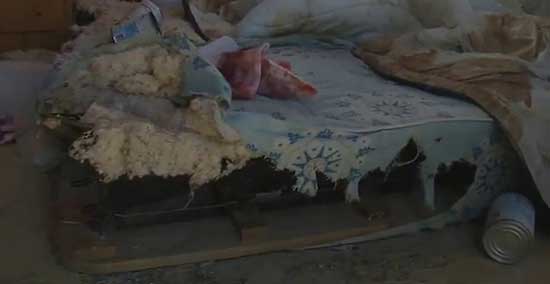 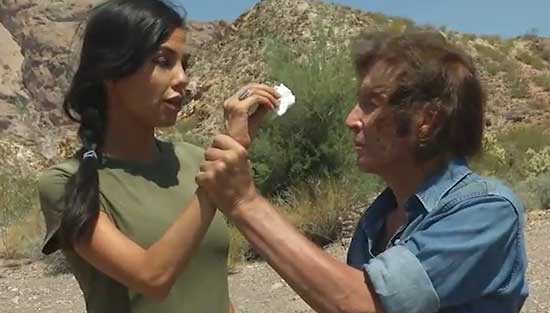 As I mentioned, Breen’s constant reliance on having messiahs as his main characters is just a symbol of his issues as a writer. Not only does it show his laziness by using that character archetype ad nauseum, he still hasn’t learned how to write decent dialogue. Characters deliver some of the most stilted and awkward lines I’ve ever heard or say things that no one would ever actually say. Once again, the bad guys never pass up the chance of telling each other about how corrupt they are and all the awful things they do. On top of that, Breen continues to have his characters act in ways that normal people don’t. They’ll go from screaming at people in borderline psychotic rage to apologetic and nice seconds later with no rhyme or reason for their behavioral change. 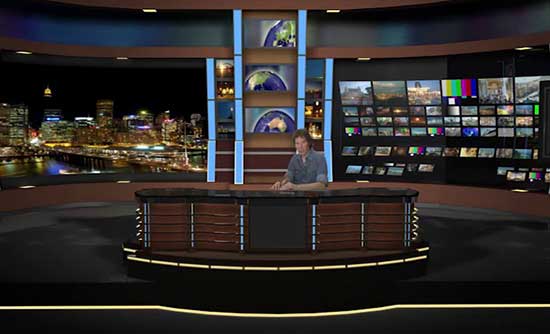 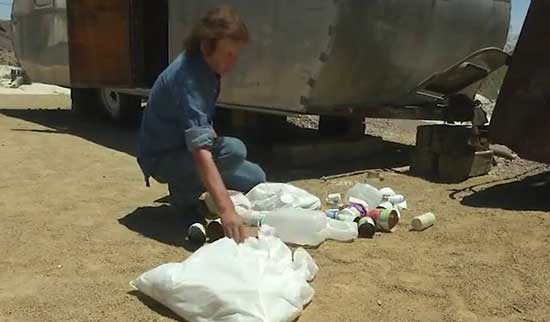 Pass Thru also delivered the kind of acting I’ve come to expect from Neil Breen’s films. Which is to say the worst kind you can imagine. Part of the cast would give performances that would be lucky to be called “life-like’, and even then that would be too generous. The other part of the cast goes the complete opposite direction, going completely overboard at the drop of the hat. The only good thing about that is they at least the latter group shows some energy. That’s about the only good thing that can be said there. 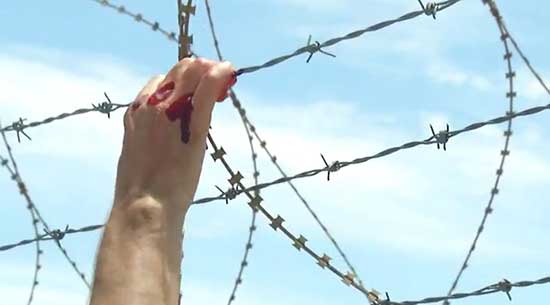 Special effects were ridiculous inept, and this doesn’t become more obvious than any time green screen is used. It’s so obvious when a background is just pasted to the background that there is no illusion created. It looks less believable than the original Resident Evil game’s usage of prerendered environments. The lesson here is that if your effects can’t even match that of a game that came out in 1996, you probably shouldn’t use it. I understand that people make do with what they have, but I have a hard time believing that a man who used to be an architect and real estate agent doesn’t have the connection to use a mansion to shoot a few scenes.

The thing that is most amazing to me, after watching four Breen films in order of their release date, is that the man doesn’t get an iota better at any aspect of film making. His writing continues to be simplistic and childish, his own acting is horrendous, and his camera work is boring and shoddy. Not only does he not get better, but he also manages to get worse in a few areas. Pass Thru is the culmination of this. I didn’t think it was possible for him to regress, but after seeing more scenes where people’s heads aren’t even in the shot while they deliver repetitive and awkward dialogue I realized I was wrong. 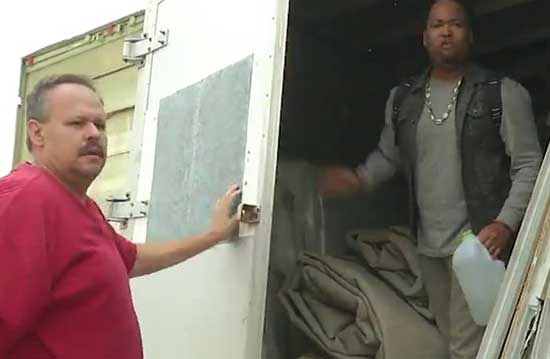 The best thing about Pass Thru is that it’s unintentionally funny. It reaches hilarious levels of ineptitude that is hard to believe exists until you witness it for yourself. I guess we shouldn’t be surprised that Neil Breen has a cult following because we’re inherently fascinated by train wrecks like this. If you’re the kind of person that likes that kind of thing, then this movie is for you. Otherwise, you may want to find something else to do with your time.