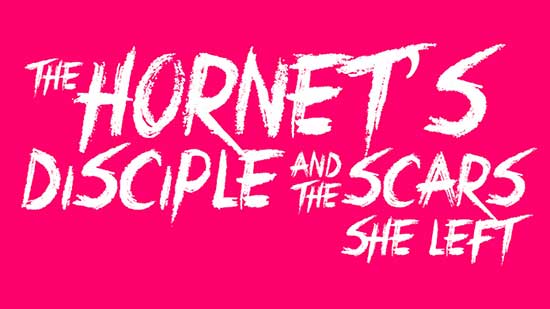 In “The Hornet’s Disciple and the Scars She Left” Rose is a model and photographer who lures desperate women to their dooms with the promise of money, a stable lifestyle, and sometimes even sexual gratification. Freya is a “down on her luck” drifter who falls under Rose’s spell, and is subjected to a series of painful and humiliating ordeals culminating in a live streamed torture session you’ll have to see to believe.

With each movie writer/director Dustin Mills makes, he’s proving more and more that he gets “it.” He knows how to put together a feature that can upset and entertain, arouse and disgust, and all of this with a micro-budget and a skeleton crew. The Hornet’s Sting and the Hell It’s Caused (2014) is an upsetting, sexy, disturbing tale of sadism and revenge, one that finishes off with some unanswered questions. In other words, it’s left wide open for a sequel, and this is where Dustin Mills shines; sure, he could have made the obvious sequel, but he opted for something different. Reminiscent of Tom Six’s approach to Human Centipede 2, Mills went the opposite direction from what was expected and delivered a meta-sequel that is just as gruesome and sadistic as the first film but manages to up the levels of disturbing. 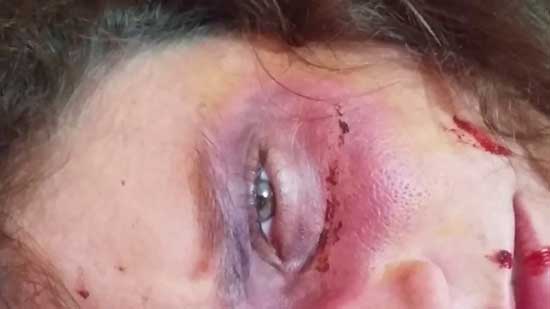 Neither Freya (Joni Durian) nor Rose (Minnie Grey) return in part two, but Rose is still very much a part of the story, or at least her legacy is. Instead, we meet two new brand new characters. Finley, played by J. Ania Lupa (Horndogs Beach Party and the upcoming Slaughterhouse Slumber Party), is kind of shy, kind of poor, and just hoping for a break when she answers a modeling ad. She arrives at the address she was given and is in awe of the large house and obvious wealth on display. She is also a bit in awe of her sexy contact, Rose (played by Roni Jonah; Volumes of Blood, Cannibal Cop), who comes across as very professional and understanding, more than happy to help a first-time model. Rose films Finley in the shower, giving her tips on how to be sexy all the while. She pays Finley, and says she likes what she’s seen and would like her to come back the next day, if she’s interested. The audience familiar with The Hornet’s Sting… would love to be optimistic here, as Finley seems even sweeter and more pure-hearted than Freya was, but we can’t shake the feeling that something bad is going to happen.

Just as we assumed, when Finley decides to come back the next day, things veer a bit more toward the S&M side of modeling, and Rose ends up donning pink gloves and a familiar pink mask. When Rose gives Finley a drink, we’re shouting at the screen for her to not accept it, but soon Finley feels funny, and Rose produces a gun, and any idea that things are okay is quickly shattered when Finley groggily wakes up bound and cuffed. Things go bad for Finley, but where Grey’s Rose from The Hornet’s Sting… was clearly dangerous, Jonah’s Rose seems downright sociopathic and far scarier. There is a lot more psychological torture in The Hornet’s Disciple…, and Finley is broken down over and over again in awkward, degrading ways. She is given the opportunity to give a phone number of someone who cares about her, but can only come up with the number to a pizza place. She is forced to pee at gunpoint. She is given a water and food bowl, just like a dog, then beaten when she refuses her dinner, and shot in the leg just to remind her of her place.

I mentioned this is a sequel in the same way as Human Centipede 2 is; Jonah’s Rose is similar to Laurence Harvey’s Martin. Just like Martin is intrigued by the movie Human Centipede and acts on his urges, Rose is a huge fan of The Hornet’s Sting… as well as a photography book put out by the original Rose showing her victims. And by “huge fan,” I mean she is obsessed in an unhealthy way. There are multiple lines she quotes right from the first movie (which she watches repeatedly in this film, often times masturbating to it), literally taking on the persona of Grey’s Rose, right down to her backstory. This is where Jonah’s Rose out-creeps the original…and then she tells of her first kills, and we forget all about the first movie and worry only about this new killer.

Yet again, Mills has written a great story, with great characters skillfully played by the two-woman show of Jonah and Lupa. The visuals are even better this time around, with a real artistic approach to the whole disturbing story. There are more nude women wearing creepy masks and perpetrating violence throughout. And to think, this whole thing was almost thrown away, thanks to Indiegogo, who let Mills run a successful campaign to completion, then suddenly took a “moral” high ground and pulled all funds back, refunding every willing donor. Thankfully, other options have been explored, but it’s an unfortunate reminder that, even in 2018, Tipper Gore-style censorship is still an issue, only now it wears a different mask (and most definitely not in a sexy way).

The Hornet’s Disciple and the Scars She Left is a fantastic example of the good that is coming out of low budget, independent filmmaking today. Mills has once again brought a vision of disturbingly sexy, artistically upsetting storytelling that is far more entertaining than some multi-million dollar comic book superhero movie in every theater from here to the edge of the earth. Because this has heart, it has a good story, it has believable characters, and it isn’t afraid to try something daring and risky and dangerous. I can’t recommend this enough to anyone who has enjoyed Dustin Mills’s previous films, and especially to everyone who saw The Hornet’s Sting and the Hell It’s Caused and wanted more.