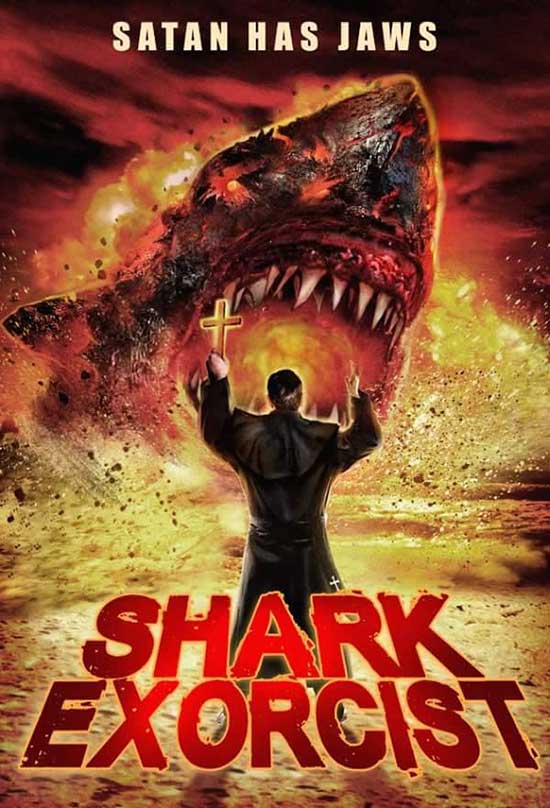 A demonic nun unleashes holy hell when she summons the devil to possess a great white shark.

Am I the only person at this point that groans whenever they see yet another killer shark movie? After Jaws, it’s not like there’s a whole lot that can be with this particular sub-genre, not that there haven’t been some valiant attempts. Every once in a while, one of these shark-centric films manages to be moderately fun, or in some cases, really good. Sadly, the vast majority seems to suck harder than a vacuum cleaner harnessing the power of a collapsed star. When I saw I had to review a film called “Shark Exorcist” I honestly was expecting it to fall into the latter category, but I had hoped otherwise. I was disappointed that it didn’t involve a shark that performs exorcisms, which I think would have been way more entertaining. I was also disheartened by the fact that the film did, indeed, suck. 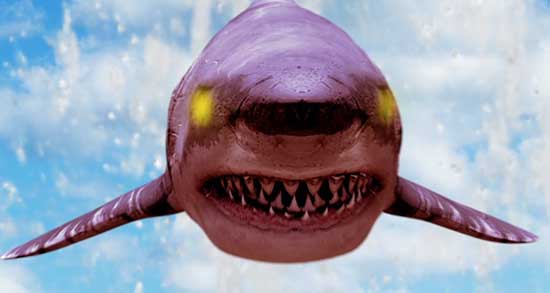 Shark Exorcist starts out with a nun who apparently in league with Satan making a human sacrifice and dumping the body of her victim into a lake. This summons Satan, or a demon, to take the form of a shark that begins to dine on anyone that goes into the lake. If you want to know why the nun is evil, don’t hold your breath. It’s never explained why she’s evil. If you were hoping to understand why Satan took the form of a demon shark instead that of a land-dwelling animal that doesn’t have to wait for a victim to come to it, that answer doesn’t come either. It doesn’t make the shark itself seem more dangerous, it just makes The Devil look stupid.

Well, after Satan nun does her thing, we get introduced to our main characters, a trio of girls that are on their way to enjoy a sunny day at the lake. I’d give you their names, but honestly, I didn’t care enough to remember them at this point. (Honestly, if I didn’t have to write a review, I would have tried to forget the whole thing). You have the one that seemed kind of ditzy, the one that is a total jerk, and the one in the middle.

First, it’s hard to believe ditzy and middle gal would be friends with the other one since she is such an absolutely unlikable snot. Her behavior is so over the top that it’s farcical. As you struggle to try to understand why these three are friends, you get to see they ditzy one get attacked by the shark while swimming in the lake. She survives and has a short stay in the hospital before making a miraculous recovery. However, Ditzy begins to exhibit strange and violent behavior because she’s been possessed by the demon shark. Strangely, the shark still maintains it’s own physical form at continues attacking anyone stupid enough to get in the water.

Eventually, a priest whose brother had been killed under similar circumstances to what’s happening at the lake, so, because the plot requires it, he somehow comes to the conclusion that the forces of Satan are at work and he needs to get involved. So the priest heads to the lake, meets up with the main characters, and then performs an exorcism on the possessed gal even though he’s not even trained to do perform the ritual. It seems like it’s the equivalent of asking someone to pilot a jet plane when they only have a driver’s license.

The main overall problem with the film is that it’s trying to make a movie about shark attacks while showing the shark as little as possible, so it’s stretching credibility to the breaking point by having it be a demonic entity that possesses a woman. It really would have been better if it just dropped the shark part of the story and just have it be about a possessed person murdering people. Of course, the point is to capitalize on the popularity of killer shark films, so the film’s script goes to ridiculous lengths to try to make it work and fails miserably.

Speaking of the script, it’s was a poorly written mess that didn’t do its actors any favors. Considering the actors weren’t that great to begin with (although, they weren’t terrible either), and you get some fairly hackneyed dialogue that I doubt anyone could have delivered believably. I think that the cast should be given awards for being able to say their lines with a straight face. Adding to the film’s woes are terrible special effects that include some truly awful CGI for the shark scenes.

There was nothing about this film that was fun or remotely entertaining. It’s the kind of thing you’d only watch for the sole purpose of making fun of it for all its flaws, but even then, I don’t even think the film is worth your time since it feels like the filmmakers themselves put as little effort into Shark Exorcist as they could. Pass this one up. 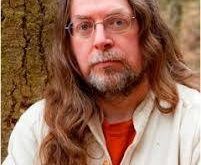