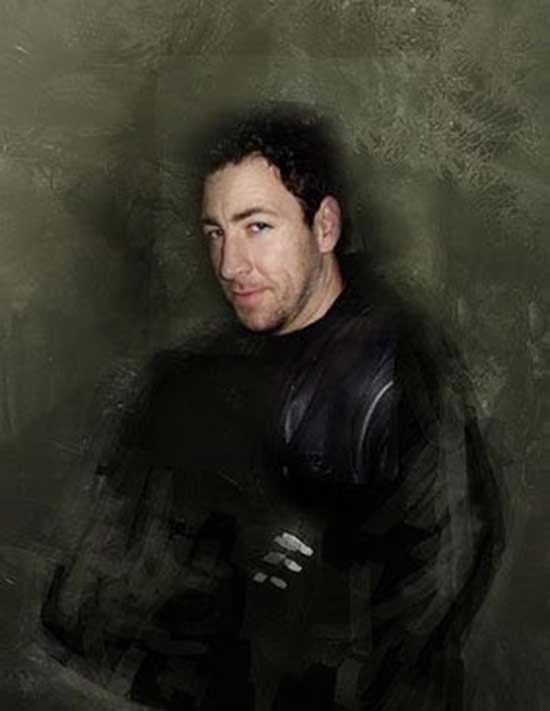 Hi Paul, It is good to talk with you finally. How are you?

So, I was looking through “Masters of the Universe” and “Rivals: Paul Gerrard’s Dark Fantasy Art, Volume II Hardcover” and everything is so incredible, especially the video of you sketching on the Kickstarter site. My mom is an artist and it is so amazing to watch an artist work. What was the process for you?

Paul- Well, it is partly “Masters of the Universe”, that is one chapter but it’s mostly about things that I love. I used to do movies a lot so I was constantly doing the movies. I kind of got detached from that. I wanted to do my own thing. That transition from closet artist to artist. I started doing a series of books. This is all my own art. It is kind of reconnecting with my childhood a little bit. Taking elements of things that I would love as a kid but doing it in a realistic and gritty way. So there is a horrific versions of “Masters of the Universe” like horror versions and there is a lot of Lovecraft in there as well and post-apocalyptic imagery.

I love the Chapter 2: Retro Harbingers. It is very fascinating and each photo is so different. You want to know the stories about the beautiful imagery.

Paul- Yes that is my favorite. Taking things from the 1980’s and putting my own spin on it. What I tried to do is with each character I tried to tell the story. So there will be certain points in the design that will maybe kind of trigger something in the subconscious level. 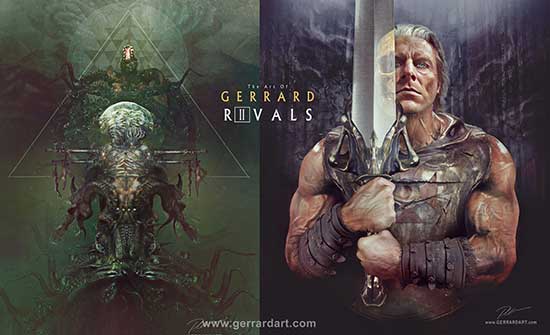 Why did you decide to go with Kickstarter?

Paul- Because you can reach out to the fans more. It is more of an organic process. I am not big on social media. It is kind a bit of a new thing and I’ve been asking people what their request are. It has become more of an experience I reckon. It has been fun. I have had people ask really strange things like do a version of Inspector Gadget or Scooby-Doo. It is interesting and I get to sell my artwork. It makes it more of an experience.

Did you have anyone that inspired you professionally and did you always know you wanted to do this for a living?

Paul- Probably I would say Giger. It was the detail I think. As a kid I would paint on my bedroom wall as big as I could and then cover it all and then paint again. Always tigers. I love tigers. Whether it was details or ink. 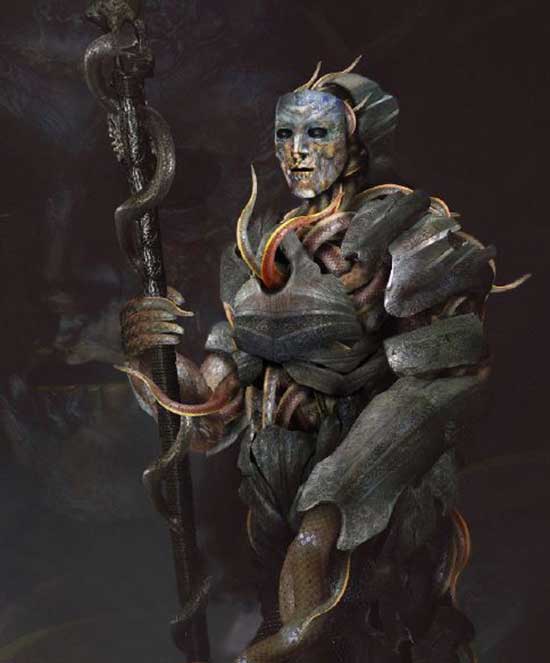 Now when you make a book like this, obviously it takes a lot of time and detail. What type of challenges have you faced making the book so far?

Paul- It’s a mental game definitely. It took me a year so far. The whole thing is a gamble. It is such a mental game and then you are getting in to the flow and then it all drops and you start to think do I really continue but you’ve got to keep at it and keep the faith if you want to be successful so yes it is a bit of a challenge.

What do you feel is different doing the work for films versus doing your own work and not having to create for the movies? You are creating all of this for your own work.

Paul- It is total freedom. With films, I kind of got pigeon-holed. They would come to me for my take on things. I just wanted to do versions of my characters where they didn’t go through a process and kind of tell my own stories. 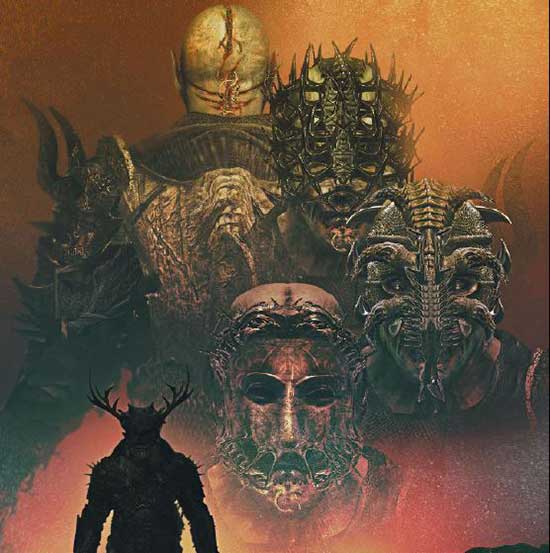 What would you like to say to the fans about the book? And people that will be backing this project through Kickstarter?

Paul- The thing is everything is connected and moving forward to other things. I want the whole process to be experienced and from this I want to do short stories. I want to do this based on characters in the books. Stick with me and you can get to see the whole thing play out.

You have quite a few writing credits. Do you think you will ever write and direct your own film?

Paul- Yes, we are starting to shoot a film in October. I will be co-directing that one. I’ll start with the movie I am shooting in October and then I will go back to the book and take characters from that.

What do you think you will do after the books?

Paul- After this, I am working on a role-playing card game based on the same characters. It ties into the same world.

Paul- Yes. It is all interconnected. Which goes back to your previous question of trying to hold it all together for a year. A gamble that can make it real.

Is there a character that you love drawing and never get tired of and you just want to see different versions?

Paul- There is one but he is probably not the most popular. He is called PLACENTA BOY. I’ve been doing that one for a while. He’s inspired a few different characters on a TV show. I keep using him in every book as well.

Some of these pictures are so incredible. You find yourself kind of lost in the work you do. So many questions, so much beauty and you want to know all the stories.

Paul- Well, thank you. I am not big on illustration or big on scenes. I’ve always thought that you can draw people in with a glance or a look and then you tell a story that way. That is what I like to do.

Do you have a specific process before you start drawing?

Paul- Research first and imagery and writing. I let it all process and then I just start going. 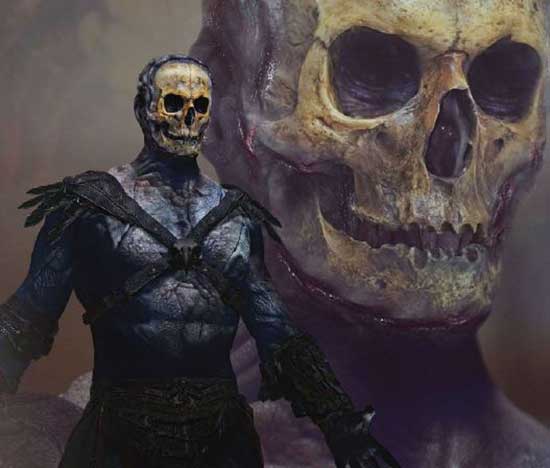 What advice would you give to artist, writers? To anyone that is creative and may not know how to get started?

Paul- Don’t mimic! The problem with a lot of art is that it is all the same. Don’t do what everybody else does.  You’ve got to do your own thing. Definitely don’t mimic people. Be inspired by people because you know there are so many people and you can be inspired by like I am inspired by Giger and Dali. That is fine to start with but always off and try and do your own thing.

Will you be making any appearances to do book signings on the road? Conventions etc.?

Paul- I would absolutely love to. I’ve been invited to Ecuador as a guest so that should be fun.  The book will out by October so, I am hoping next year to do a lot of horror cons. That is the thing with doing the movies for so long I became sort of a hermit in my cave because when you work in the movies you don’t actually go out and work with them. You are behind a desk. This year has been fun because I have been able to take some of the prints and the first book on the road like you’ve said and speak to people and speak to fans. That is what I would like to keep going.

Are there any upcoming films that you have worked on?

Paul- “Hellboy” comes out next year and one of my own films.

Thank you so much Paul. It was an honor to talk to you.

Paul- Thank you so much Janel. 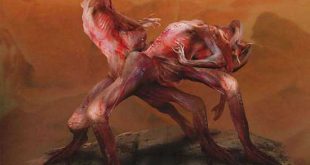 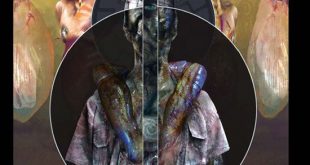 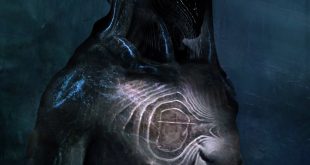 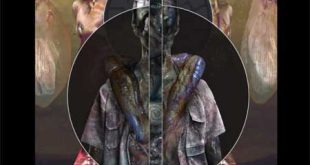