Based on the Novel by Stephen King 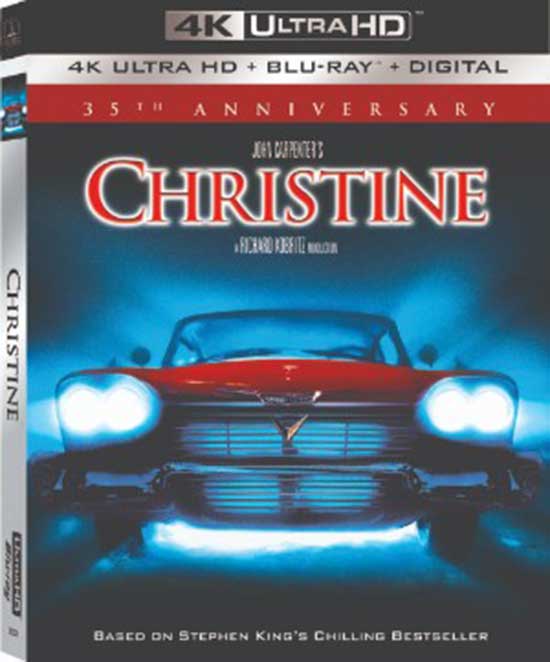 The scare factor in John Carpenter’s (Halloween, The Thing) terrifying classic CHRISTINE revs up even higher when it debuts for the first time on next-generation 4K Ultra HD on September 11 from Sony Pictures Home Entertainment. Celebrating its 35th Anniversary, CHRISTINE follows a sentient and violent vintage Plymouth Fury and its effect on the car’s new teenage owner. The film stars Keith Gordon (The Legend of Billie Jean, Back to School), John Stockwell (Into the Blue, Top Gun), Alexandra Paul (“Baywatch,” Piranha) and Harry Dean Stanton (Alien). In addition, the film will also debut in 4K via participating digital platforms.

John Carpenter brings Stephen King’s best-selling novel to life in this chilling thriller. She was born in Detroit … on an automobile assembly line. But she is no ordinary automobile. Deep within her chassis lives an unholy presence. She is CHRISTINE – a red and white 1958 Plymouth Fury whose unique standard equipment includes an evil, indestructible vengeance that will destroy anyone in her way. She seduces 17-year-old Arnie Cunningham (Keith Gordon), who becomes consumed with passion for her sleek, rounded chrome-laden body. She demands his complete and unquestioned devotion and when outsiders seek to interfere, they become the victims of Christine’s horrifying wrath.

CHRISTINE Bonus Materials on Blu-ray Include:

CHRISTINE has a run time of approximately 110 minutes and is rated R. 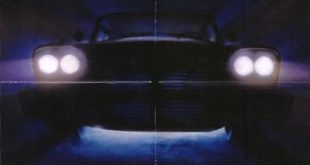 Stephen King Pulls Off The Best April Fools Of All