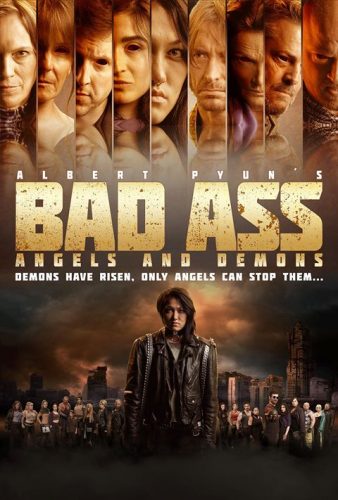 Notes the legendary director, “I need to promote ‘Bad Ass Angels & Demons”to the world. In order to do this in a manner that communicates my vision for the project, I have created a campaign which consists of a poster, character posters, post-apocalypse costumes and CG effects. A twelve minute, teaser explains the concept, the look and the quality ambitions of the project, entailing a feature pilot to a web mini-series.”

Pyun summarizes the film’s exciting plot, which is certain to become a horror classic: “In the end of days comes the ultimate battle between good and evil. Led by a young hero, the Bad Ass Angels fight the demons to establish the dawn of a new generation for Planet Earth.”

“Bad Ass Angels and Demons,” will be directed by Pyun, and is co-written by him and Cynthia Curnan. Zach Muhs and Jean-Francios Theriault are the film’s executive producers.

For those wanting to contribute to the film’s success, the following is the GoFundMe.com Web address: www.gofundme.com/badassangelsfunding

Albert Pyun is an multi-award-winning American filmmaker best known for his contributions to the science-fiction and action genres. With over 50 titles to his name, he has enjoyed a prolific career spanning 30+ years, earning a fevered cult following.

Pyun’s first film, The Sword and the Sorcerer (1982), was the highest-grossing independent film of 1982, earning $36,714,025 in the US. Pyun’s work with Cannon Pictures saw him direct more films for the company than any other filmmaker. When “Spider-Man” and “Masters of the Universe 2” were canceled mid-way into their productions, Pyun devised a strategy to combine the sets and costume designs to deliver the single stand-alone films. Cyborg opened in 1989 as the fourth highest grossing film in America. It also gave Jean-Claude Van Damme his Hollywood superstar status.

While the 1990’s proved to be an even more prolific decade for Pyun, the 2000’s marked a new era, and he began making films independently by way of self-funding and personally outsourcing money. However, the 2010’s proved to be a difficult time in Pyun’s career due to declining health and difficulties getting a major project released. Following a brief hiatus, he made a triumphant return with The Interrogation of Cheryl Cooper (2014).

Despite ongoing medicaL treatment, Pyun has continued to develop hit films and various other projects.

Pyun’s career has seen him work with some of the biggest stars in Hollywood, many of whom got their first breaks with him. He has worked with the likes of Jean-Claude Van Damme, Charlie Sheen, Burt Reynolds, Steven Seagal, Rob Lowe, Ice-T and Snoop Dogg, among others. His most frequent actor collaborations have been with Norbert Weisser and Scott Paulin.