Friday the 13th: Killer Puzzle –  Jason Is Back!

Friday the 13th: Killer Puzzle has released worldwide on iOS, Android, and Steam… And it’s FREE! Take control of horror icon Jason Voorhees himself and return to his old stomping grounds of Camp Crystal Lake. At the urging of his now-decapitated mother, the hockey-masked murderer takes gruesome revenge on an assortment of hapless campers. 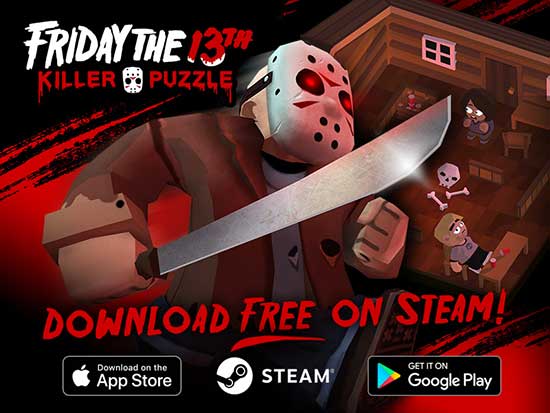