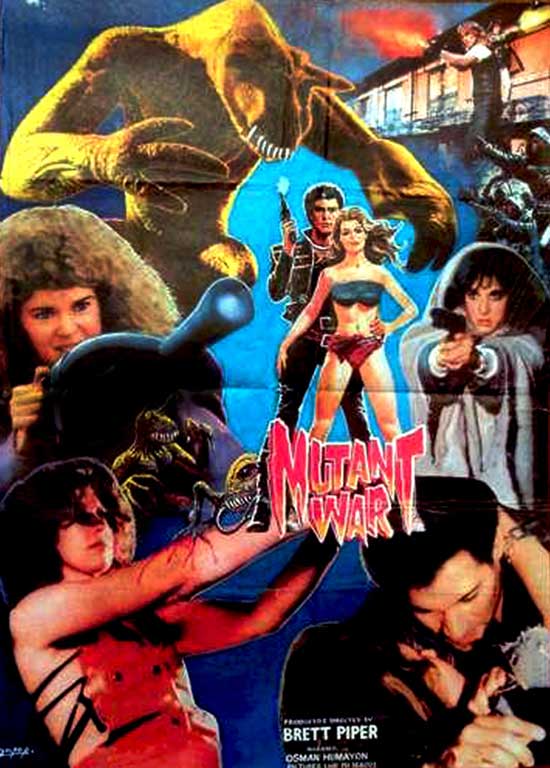 The sequel to ‘Galaxy Destroyer’ which finds our hero Harry Trent wandering Earth’s post-apocalyptic landscape full of mutants, monsters, and fragmented human tribes. Harry’s attempt to help a young girl rescue her sisters, leads him to a group of armed mutants led by a human madman attempting to breed them and take over the world.

When I ran across Mutant War, I originally thought it was a Don Dohler film, which meant I was prepared for some suffering. However, I found that I was mistaken in that Dohler didn’t have anything to do with this flick. That doesn’t mean that the end result didn’t inflict suffering on its audience like a Dohler movie would.

Mutant War is a sequel to the movie Galaxy (which I’ve also seen referred to as Galaxy Invader or Galaxy Destroyer). It sees the hero from the first film, Harry Trent (Matt Mitler) wondering a post apocalyptic wasteland filled with all kinds of mutants. He ends up trying to help a young girl rescue some women from her village that were kidnapped by a group of mutants. Said mutants are led by a human nutcase who wants to use raise an army of mutants to take over the world. The mutants can’t breed by themselves, so they’re abducting women with huge 80’s hair for that specific purpose. (If you’re as weird as I am, you may find yourself wondering where all these women are getting the hairspray to style their manes in a post-apocalyptic landscape.) 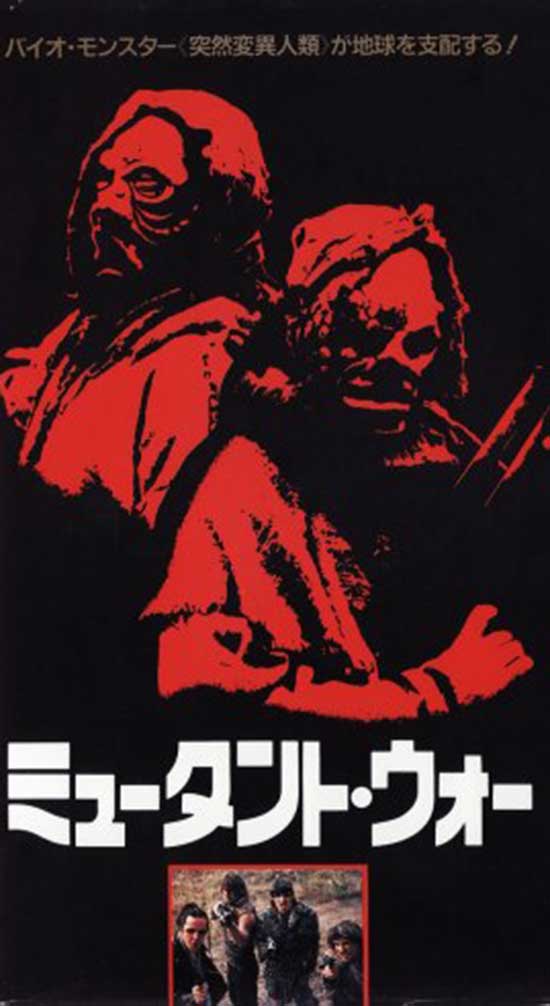 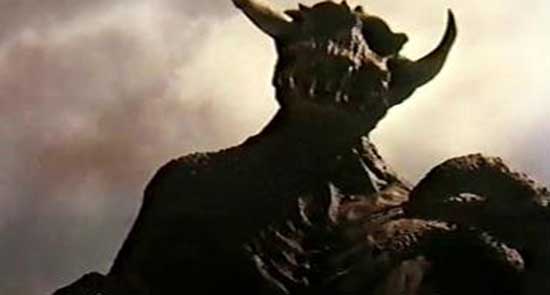 Mutant War appears to be what happens when someone tries to take stop-motion monster movies, sci-fi adventures, and a post-apocalyptic Mad Max film and mash it all together with the tiniest of budgets. The end result is a big ball of cinematic cheese. In the hands of a more competent filmmaker with a slightly larger budget, this could have worked. With the resources and “talent” behind this production, the different parts don’t gel together that well. None of the different aspects that make up the product were developed to their full potential, so it all felt half-baked. It’s a movie that was trying to be far bigger than it really is, and it suffered for it in the long run. I can’t help but think that if the more sci-fi elements and giant mutants were left out, the overall production would have fared better because it would have fit the realities of the budget.

One of the movie’s bigger flaws, next to the story being a mess, is that there really aren’t any compelling characters to care about. No one is developed particularly well or has much depth to them. While this can be forgivable with the more minor characters, but not so much when you get to some of the meatier roles. Our main villain has no personality other than he’s evil, wants to rule the world, and looks like he’s wearing part of an old Darth Vader helmet. We barely know what his motivations are or how he came to be in charge of the mutants. He’s also barely in the movie, so he never leaves enough of an impression to be seen as a genuine threat. Harry Trent our main hero, doesn’t fare any better. He at least has some personality, but the movie is trying to make him the likable jerk similar to Ash from the Evil Dead movies or Mad Max himself. It’s not an easy kind of character to pull off, and this movie fails at it spectacularly. Trent comes across as being a jackass with none of the humor or charisma that similar characters have that make them so appealing. There are snippets where he seems half-way interesting, and that’s when we’re shown that he feels a lot of guilt over the world’s current state. Apparently, the weapon he used to end a conflict with some aliens in the first movie led to an apocalypse. However, this aspect of the character is explored deeply enough, so any chance to feel any sympathy for Trent is shot. 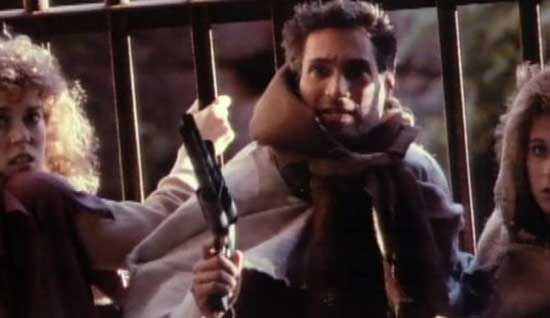 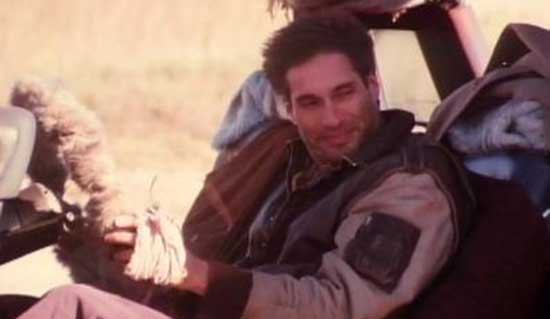 Adding to the film’s woes were the special effects, which were pathetic. The few giant monsters we see were animated using stop motion, and it was poorly done by 1980s terms. Their halting movement made it too obvious, and the fact that the creatures looked like shoddily done clay monsters just ruined any illusion they were trying for. The few times we see someone use a laser weapon the animation for the beams are so shoddily done that it’s laughable. The original Star Trek series had better effects for their phasers, and that show came out twenty years before this turkey. The make up for the mutants looked slapdash at best, barely looking any better than if they had just bought rubber masks from a dime store and had their actors wear those instead. They don’t even do that good of job of blending the prosthetic pieces to the actors’ faces, so you can still see their natural skin color around the edges of their eyes. Everything about this movie’s effects, no matter what they were, just looked cheap and terrible. 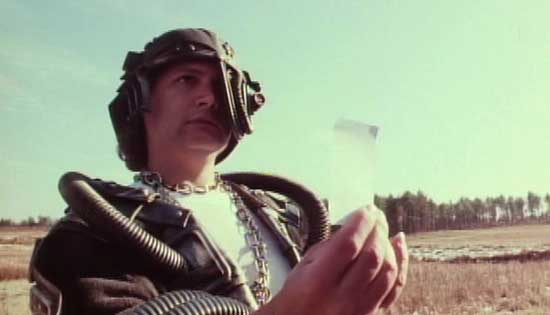 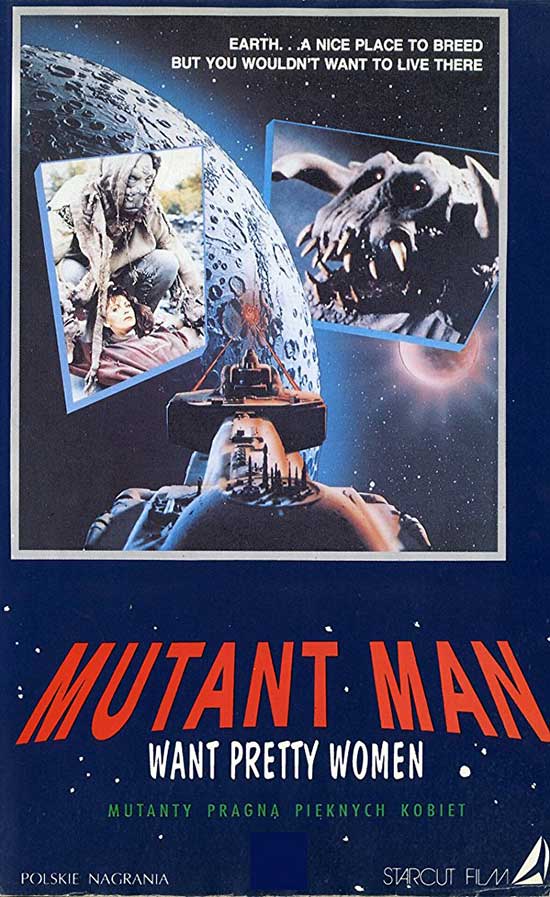 As for as acting is concerned, no one in this gave what one might consider award winning performances. Some of them barely gave performances at all. Most of the cast was so wooden that I’ve seen marionettes be more expressive. Cameron Mitchell played our main villain, but he was barely in Mutant War as it is. He also didn’t have much to do in any of his scenes, so he was pretty much wasted (but not in the way he normally is, which is to say completely plastered). Mitchell can normally be a highlight in a low-budget affair, but not here. Matt Mitler was barely okay enough as Harry Trent, but he didn’t have the presence or charisma to overcome the characters more unlikeable aspects. Mitler is almost bland in every possibly way an actor can be. He’d be one of the blandest actors ever to grace a screen, but we live in a world where Kristin Stewart and Sam Worthington has inexplicably managed to carve out careers in mainstream Hollywood.

This film is not all that fun, exciting, or memorable. It’s not even unintentionally funny! There are far more entertaining B-movie options out there, so this one is really not worthy your time.