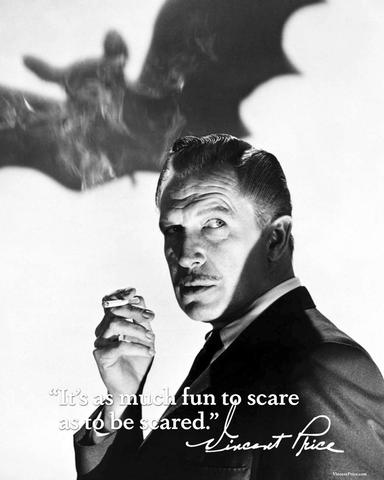 Queens, NYC – A nostalgic look at some chillers that scared movie goers in the 1950’s and 1960’s from The Merchant of Menace, Vincent Price. This marvelous collection from the macabre included special screenings of The Bat (1959) and Tales of Terror (1962) brought to you by Joyhorror Entertainment and hosted by the Woodhaven Party Hall. 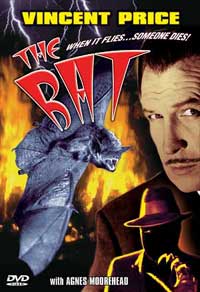 The Bat (1959)
“Mystery writer Cornelia Van Gorder has rented a country house called The Oaks which, not long ago, had been the scene of some murders committed by a strange and violent criminal known as The Bat. Meanwhile, the owner of the house, bank president John Fleming, has recently embezzled one million dollars in securities, and has hidden the proceeds in the house, but he is killed before he can retrieve the money. Thus the lonely country house soon becomes the site of many mysterious and dangerous activities.” 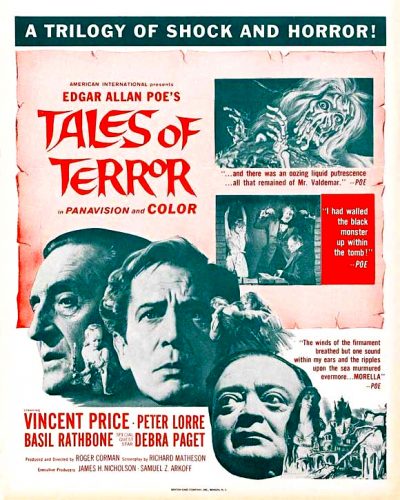 Tales of Terror (1962)
“Three stories adapted from the work of Edgar Allen Poe. A man and his daughter are reunited, but the blame for the death of his wife hangs over them, unresolved. A derelict challenges the local wine-tasting champion to a competition, but finds the man’s attention to his wife worthy of more dramatic action. A man dying and in great pain agrees to be hypnotized at the moment of death, with unexpected consequences.” 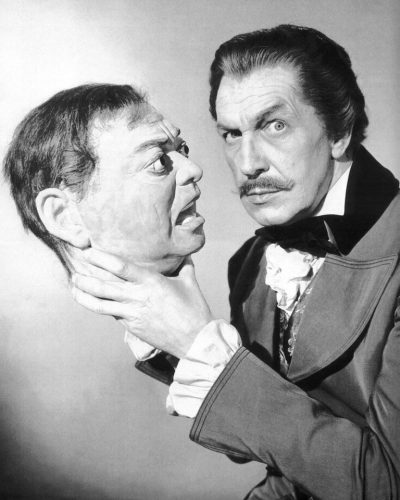 Vincent Price has done more for bringing horror the mainstream than anyone else. Vincent Price is the most respected man in the horror genre and he was able to use his celebrity and bring a taste of horror outside the genre. Vincent Price while a small part, played the Invisible Man in the boat alongside Budd and Lou, in Abbott & Costello meet Frankenstein. Vincent Price had a lock on the family sitcom, when he trapped the Brady Bunch in a cave. Vincent Price also made an appearance on The Muppet Show and does anyone remember The Hilarious House of Frankenstein? In what helped launch the MTV generation, Vincent Price’s voice captured a whole new audience in Michael Jackson’s Thriller music video. What hasn’t Vincent Price done is probably a more appropriate question. He has been there promoting the horror that we love every step of the way.

The King of the Grand Guignol – WE THANK YOU! 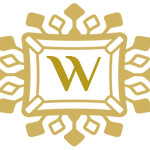 Conveniently located on Woodhaven Boulevard in Rego Park. Various styles of Reception Packages are available to accommodate everything from a small Private Party, Banquet, or Private Dining experience to a Corporate Event. Our Party & Event Specialists take great pride in attending to your special needs and requests for all your Special Occasions.

Woodhaven Party Hall is conveniently located 20 minutes from LaGuardia airport to the north and the John F Kennedy International Airport 30 minutes to the south. If you have guests arriving from out of town, centrally located to Long Island, Brooklyn, and Manhattan, Woodhaven Party Hall is an excellent choice of location for your Corporate Events & Meetings
www.facebook.com/woodhavenpartyhall/ 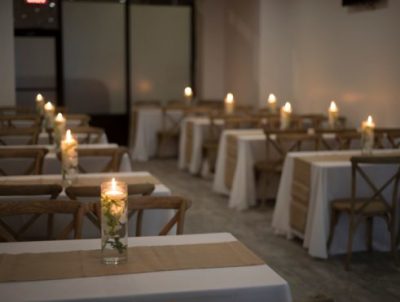