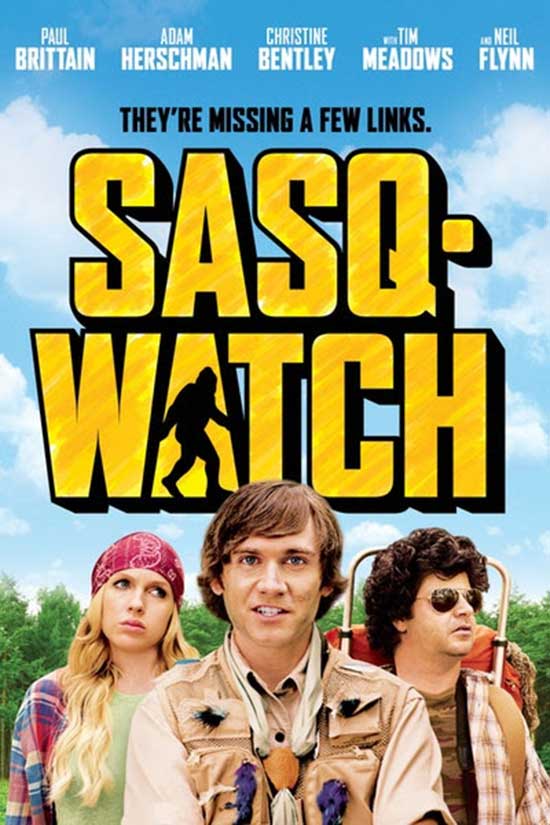 Uber geeks Nigel and Oscar want nothing more than to capture definitive evidence of a Sasquatch. When their guide bails on them, they must resort to using a mis-matched group of outdoor enthusiasts. Meanwhile, their rival Claus, also on the hunt for the “Squatch”, races to beat them to the prize in this documentary style comedy.

The original title of Sasq-Watch! (2016) was Nigel and Oscar Vs. The Sasquatch. The film was written by James Weldon and directed by Drew Hall, who is also known for Convergence (2015) and The Phoenix Rises (2012).

Sasquatch, or Bigfoot, is a large, hairy creature in American folklore that is believed to live in the forest and supposedly leaves behind giant footprints. There are countless stories from different parts of North America (and all over the world) about alleged encounters with the creature, but no one has been able to prove its existence so far. The film Sasq-Watch! is a mockumentary that tells the story of brothers Nigel (Paul Brittain) and Oscar (Adam Herschman) who venture into the wilderness with hopes of bringing back evidence of the legendary Sasquatch in order to win a cash prize being offered by the family of a deceased Bigfoot hunter. Nigel experienced a Bigfoot sighting when he was a child and has made the hunt for the mythical creature his main goal in life.  He also dreams of owning lots of expensive cameras and other high end equipment and devoting all of his time to researching Sasquatch. Brittain and Herschman portray the brothers as a likeable, goofball duo and their relationship with each other is believable and even gives some insight into what it was like growing up together.

Nigel and Oscar decide to head to Alabama to look for Sasquatch because the creature has been seen there in the past. They arranged for a guide familiar with the area to lead them on their expedition, but when he doesn’t show up as planned, they recruit Samson (Neil Flynn) as a last minute replacement since he claims to have seen Bigfoot several times. Samson is a bit of an asshole and Flynn’s deadpan delivery of insults is brilliant and somewhat similar to the character he played on the television series Scrubs.  Sarcastic Jamie (Christine Bently) also joins the team to search for Sasquatch and wild-haired Oscar is thrilled because he has a crush on her.

Soon after they arrive at their destination, the brother’s realize that Nigel’s arch-enemy Claus (Tim Meadows) is competing with them to try and find Bigfoot first.  Tim Meadows is well-known for starring in several comedies, including Ladies Man, and he brings impressive comedic genius to the character of Claus. Claus and Nigel can’t stop arguing and there is an especially hilarious scene with the two inside Claus’ ‘space tent,’ which is basically just a giant plastic bubble. Claus prefers glamping, which means he sits around in riding pants and boots and sips mixed drinks next to a fan while his assistants Chris (Dean J. West) and Lana (Sherri Eakin) do all the work and are the only ones getting dirty.

Just because we never actually see Bigfoot, doesn’t mean the creature isn’t lurking in the woods. Other than a couple of times I thought the pacing was off, I found the film to be well written and most of the comedy was truly funny. The addition of Neil Flynn and Tim Meadows to the cast definitely works in the film’s favor. You will have to see the movie to find out if anyone ever uncovers evidence of Bigfoot, but I will tell you that Nigel’s camera and his team’s food mysteriously go missing from their campsite. 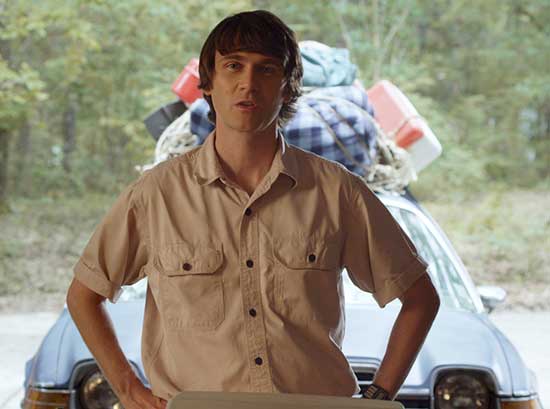 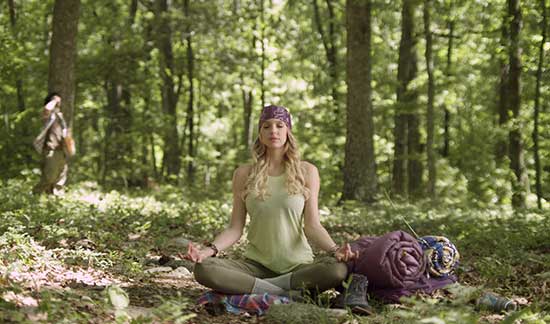 Director Drew Hall has assembled a group of devoted, talented actors and the zany characters are entertaining, which unfortunately isn’t always the case with low budget films. Overall Sasq-Watch! is an unrestrained, enjoyable movie.