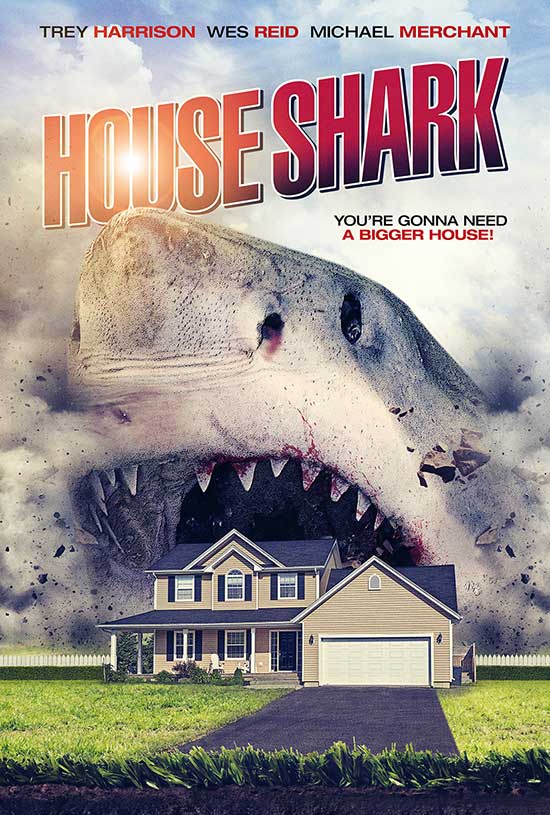 Just when you thought it was safe to go home, SRS Cinema has launched a new trailer for their upcoming release of the movie billed as “JAWS in a house!” – “HOUSE SHARK”!

In addition, there’s all new artwork for the wide release, coming late this Summer.

Synopsis: You’re gonna need a bigger house! When Frank (Trey Harrison) finds his happy home under attack by a dangerous but largely unknown breed of shark, he’s enlists the aid of the world’s only “House Shark” Expert, Zachary (Michael Merchant), and a grizzled former real estate agent, Abraham (Wes Reid), to embark on a desperate quest to destroy the beast and claim back his life. It’s JAWS in a house!  From writer/director Ron Bonk (“She Kills”, “Clay”).

“House Shark” is currently up for limited edition presales on Indiegogo @ igg.me/at/housesharkmovie/x/489524.  This is the only place to get the signed editions of the movie in incredible bundles that include full size one sheet posters, mini-posters, enamel pins, patches, stickers and more.  Among the perks to choose from, there’s Blurays, DVDs, VHS, as well as rare, one-of-a-kind props from the movie, a Skype session with the director, and even a chance to come on as a Producer.

SRS has just finished celebrating 25 years in independent movie production and distribution.  The Indiegogo campaign, which has raised over 1100% of its goal so far, ends in less than a week on March 4th – so don’t wait for it to swim up and bite you on the ass and reserve your copy today!

Check out the Indiegogo campaign at: igg.me/at/housesharkmovie/x/489524 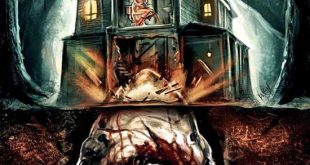