Crowdfunding campaign to fund production of mythical creature projects is now live
In 2018 three legendary monsters get the documentary treatment when award-winning production company, Small Town Monsters, unleashes The Flatwoods Monster, The Bray Road Beast, and On the Trail of… Champ. Turning to Cryptid enthusiasts and lovers of the strange and spooky alike, the studio has launched a Kickstarter to fund production of the three projects which will be released beginning with “Flatwoods Monster” in April, “Champ” in June, and “Bray Road Beast” next Fall. Small Town Monsters has successfully funded all of their films through Kickstarter, with last years’ “The Mothman of Point Pleasant” breaking records when it secured it’s initial funding goal in under two hours. 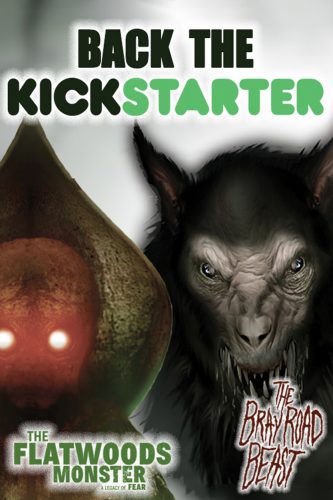 The Flatwoods Monster is a short-form documentary which takes a look at a bizarre encounter between residents of the town of Flatwoods, West Virginia and a mechanical, fire-breathing “thing” on a wooded hill in September of 1952. Years later, the saga is considered one of the most important UFO events in history. The sighting was eventually investigated, and subsequently covered up, by the United States Air Force. Viewers will learn about a true event, which has since been relegated to the pages of myth.
“Flatwoods” director, Seth Breedlove says about the film, “It’s a retro-styled throwback to the classic monster movies we all grew up loving… only the monster in this story isn’t simply a fictional character!”
Meanwhile, On the Trail of… Champ, shot last summer in Vermont on Lake Champlain, takes you deeper into the lore of lake monsters than you’ve ever gone. Join investigators, Scott Mardis, Katy Elizabeth and William Dranginis as they dive into the murky waters of one of the largest fresh water lakes in the United States, in search of an undiscovered species considered impossible by science. Filmmaker, Aleksandar Petakov was present for the largest, single quest to search for evidence of the creature in history and what they discovered might just change your mind about real monsters…
Finally, the fabled beast who lives on Bray Road near Elkhorn, Wisconsin is at the center of The Bray Road Beast, which promises to take viewers on a wild ride down one of the scariest stretches of blacktop in middle America. The Bray Road Beast is a terrifying, werewolf-like creature that has stalked the midwest for the better part of a century. Rising to prominence in the 1990’s thanks to a best-selling, non-fiction book by author, Linda Godfrey, the beast became the focus of numerous television shows and fictional films.
The Kickstarter campaign is now live at… Flatwoods Monster, Bray Road Beast & Champ Documentaries and rewards for backers include everything from posters to DVD copies of the film, to executive and associate producer credits. The campaign also has an exclusive Bray Road Beast statue by renowned sculptor Jean St Jean of CreatuReplica.
www.kickstarter.com/projects/minervamonster/flatwoods-monster-bray-road-beast-and-champ-docume
Share 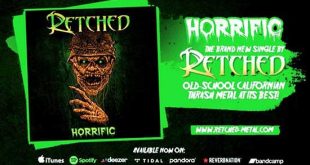