Home | Horror Fandom: I Could Do That Better

Horror Fandom: I Could Do That Better 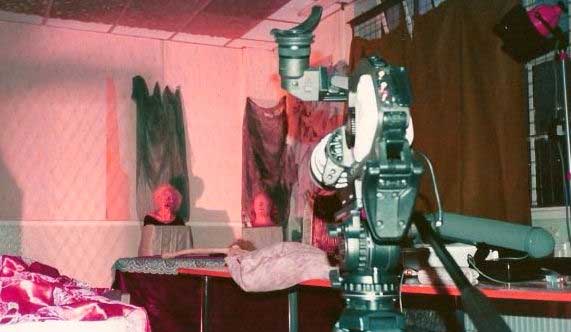 Come on, we’ve all thought that at some point or other. When sitting in front of some less-than-brilliant horror flick. It’s a natural reaction. We all think we can do better. Thankfully, there are those amongst us that are actually going that extra step further and getting out of their chairs and making something themselves. We’re in an age where movie lovers are able to shoot and edit their own movies to a pretty high standard for a very small outlay. Distribution is an issue, yes, but then there’s a load of places where you can post videos online in order to get your material seen by the masses.

Making a horror movie is not an easy thing to do, as you will quickly find out. How do I know? Well, a long time ago I worked for a bunch of no-budget film companies here in England and was on no less than fourteen shoots for various things, and I can tell you that it is bloody hard work. You see, having a great script and a good cast is only a small part of the fight. You need to know how and when to shoot your opus, how to map out a schedule, how to light and mic up each shot, and a million other issues. What I’m trying to say is that it isn’t easy, but it is certainly possible.

If you have the conviction and the diehard belief in your material, then you can achieve a great deal with very little. Sure, you more than likely won;t have a hit on your hands with your first few endeavours into the world of making your own horror movies, but everything you do is part of a larger learning experience. Take inspiration from the early films of your heroes (check out Clive baker’s surreal short films, for example) and track their development.

But why even try to do it? Well, if you don’t do it, somebody else will, and you may have lost your chance at being the horror icon that you know is lurking somewhere inside you. Give it a go. Write and produce a five minute horror short, for a start. That will be a great crash course in how to put something together, and how to deal with the endless problems that any shoot will present you with. it’s down to you, the fans of the genre itself, to ensure that there will always be fresh blood.

Come on, don’t just sit on your laurels and watch the same old films over and over again. Don’t just complain about endless sequels and a lack of originality- do something about it. Float those shorts at horror festivals around the world as well as online, and while people are getting to know your style, you can be working on ideas for your next gory masterpiece. So if you think you can do better after watching a turkey of a horror movie, why not prove it? Follow the steps. Idea. Script. Production meeting with your crew. casting. Rehearsal. Shooting. Post production. Distribution. If you can see those things through, then you really do have a shot at proving to the world that yes, you can do better. And anyway, playing with fake blood on a film set is an absolute blast.