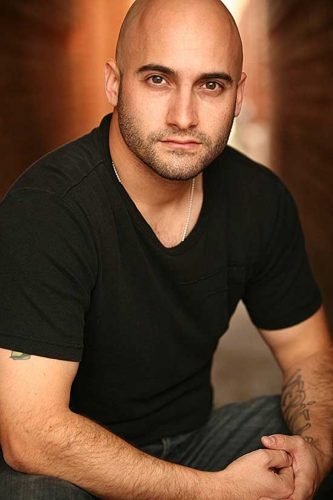 Hi Michael and Charles, “Hangman” is such an incredible film. You are on the edge of your seat almost on the floor wondering what is going to happen. Where did the idea manifest from and how did you meet Johnny Martin?

Charles: Michael and I have been fans of the serial killer genre for a while, and were trying to come up with a high concept idea for a thriller. One day I was channel surfing  and saw a show were children were playing HANGMAN, and it sparked a concept; “”what if a killer left bodies behind with a letter carved into them and the detectives had to figure out the word before someone else was killed?” I pitched the idea to Michael later that night, and he instantly loved the idea.

Michael: Once we had a script, we started working on it some more, developing it with Arnold Rifkin. When we found out Johnny was directing we reached out to congratulate him, and to let him know that we were here if needed anything from the writers. We ended up having a great working relationship throughout the process. We consider him a friend now, and certainly hope to work with him on other projects in the future.

How do you feel these incredible actors including the legend that is Al Pacino did portraying the characters?

Michael: I don’t know if you can even have expectations around Al Pacino. The man’s a legend, and to have him starring in our first feature was completely surreal. To have a cast of Pacino, Karl Urban, Brittany Snow, and Sarah Shahi breathing life into characters that we wrote was pretty amazing.

Charles: I thought everyone did a phenomenal job portraying their character in the film. I’ve been following the careers of Pacino and Urban for years. Both have played iconic characters on screen and left a lasting impression in Hollywood. After seeing Brittany in “Would you rather” I became an instant fan of hers as well.  All three are super talented actors and we were blown away that actors of this caliber were cast in our film. 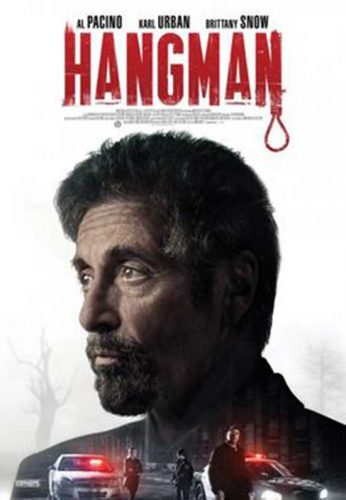 Did you always know you wanted to be in this business and write?

Charles: I always knew I didn’t want a typical 9 to 5 job and wanted to do something in the creative field. I just didn’t know what. My younger brother made his way to California for film school in 1999 and landed a job at a small talent agency in Hollywood. He would get his hands on screenplays such as Batman Begins and Daredevil and send them back to me in Indiana. I read them and was blown away. I think it was at that moment I knew this was what I wanted to do.

Michael: I was going to Boston College for business at one point, but I think in my heart I always knew I wanted to be a filmmaker.  My grandmother always encouraged me to write, even at a young age, so screenwriting just made sense to me as a way to be expressive, and to share stories with others.

Charles: Alfred Hitchcock is a real inspiration for me. His work to this day still stands the test of time. I hope to one day have a resume like that.

How about favorite writers that you look to for inspiration?

Charles: I’m also huge fan of Shane Black and Quentin Tarantino’s work. Pulp Fiction blew my mind and practically anything Shane Black does I know will be awesome. They both make the characters and dialogue so real and organic. I strive to be as good as them one day. Alex Garland and Andrew Kevin Walker are also writers I really admire. 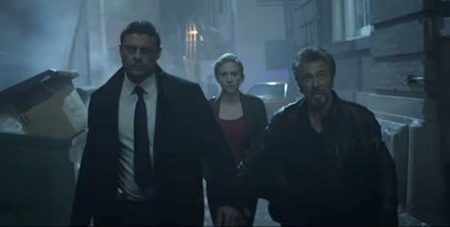 How do you feel that Johnny did as a director and sort of bringing this incredible story to the screen? Bringing it to life so to speak.

Charles: I think Johnny did an amazing job capturing the tone we had in mind, while also making it his own film.

Michael: Yeah, I think Johnny really had a vision as to how he saw this film, and how he wanted to make it. It was great watching him work, and now I have even more respect for all that he put into this film, because I’m in the middle of directing my first feature THE ORCHARD. I’m really seeing firsthand what it takes to direct a movie, so I’ll always be appreciative of what Johnny did on HANGMAN.

Will you be involved if there is a sequel because after that shocking ending there needs to be a sequel!

Charles: We’ve yet to hear if there will be a sequel or not but if there is we hope to be a part of it.

This film is creepy because it is more than something supernatural or a monster or a slasher killer lurking in the woods. This is a man, a flesh and blood human who is doing terrible things. Did you take to True Crime at all or any serial killers to write such an incredibly unique character as the Hangman?

Charles: I have a background in forensics and have always been fascinated with serial killers and true crime. The original first draft of Hangman was a found footage film with a camera crew following the detectives on a case similar to the show the First 48 on A&E.  We wanted it to be as close to real life as possible to give the audience a real scare. I think humans and what they’re capable of are scarier than any monster out there. 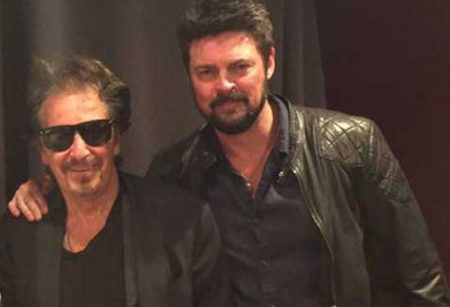 I don’t like to say villain because sometimes average everyday people could be called villains. They could be thought of as the nicest person ever and yet they have a dark side so would they be a villain? I feel for the Hangman in a way because of his abuse yet his scare factor is intense and terrifying. How do you feel Joe did bringing the Hangman character to life?

Michael: I was a huge fan of Joe’s from the show “The Outsiders”, so I was really excited when we found out he was going to be playing the role. What I found most interesting, and most impressive, was his ability to be so vivid and powerful in such a short amount of screen time.

Charles: I think Joe did an excellent job of bringing the Hangman to life. He comes across as someone who at one point was a good person who let his past twist him into the killer he is now. He’s evil but you can’t help but feel a little sympathy for him.  That’s what we were trying to get across. He couldn’t have done a better job.

Al Pacino is a legend. But Al is such a legend and to see him portray Archer it was almost as if this role was meant for him. Al and Karl fed off of one another so much. Did you have them in mind while writing?

Charles: I don’t think we had any particular actors in mind when we originally wrote this. We just wanted the characters to feel real. Like these guys could have been two cops working in your town’s police department, two everyday people just doing their job. We were both just floored when we found out Pacino and Urban signed on to the project. After seeing them in the film I can’t think of anyone else who could have done a better job.

Michael: Yeah, originally the Pacino role was written for a younger actor. It wasn’t until the producers made the decision to age him, that that changed. We worked with Phil Hawkins, a great writer/director (The Last Showing) on the script at one point during development, and that was one of the things he brought to the table.

What would you like to say to the audiences and fans that will be watching “Hangman?”

Michael: It’s hard when you’re working on a serial killer project for Se7en not to be an influence. I think when we started on the script, the goal was to pay homage to Andrew Kevin Walker and Fincher, while making the script our own. The finished film isn’t trying to be Se7en though. It’s more about the three characters, and how they interact with one another, while trying to work through the horrific circumstances they’re facing together.

Charles: I just hope they have as much fun watching the film as Michael and I had writing it. 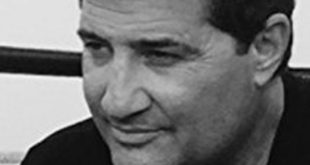 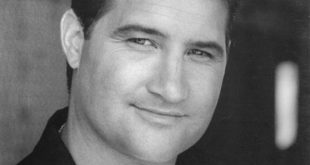