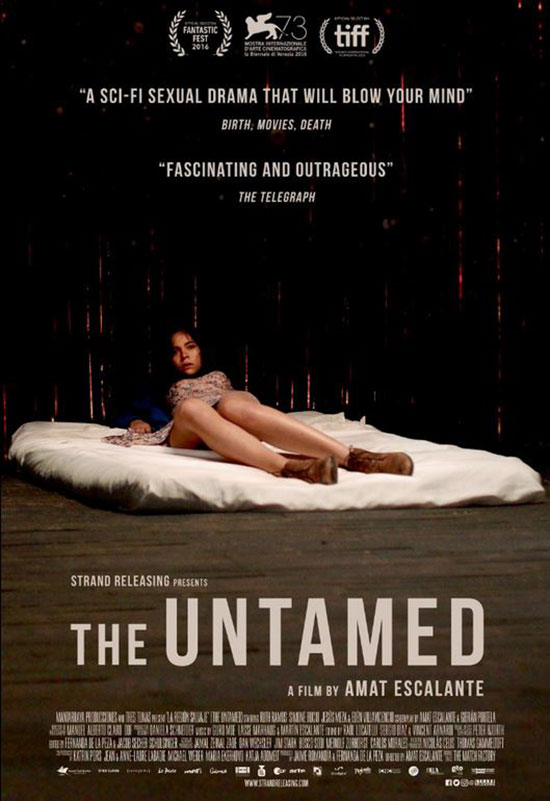 A couple in a troubled marriage locate a meteorite, initiating an encounter with a mysterious creature. Their lives are turned upside down by the discovery of the creature, which is a source of both pleasure and destruction.

The Untamed (or La Region Salvaje, which translates literally to The Wild Region) is a sci-fi/horror film coming to us from Mexico. Directed by Amat Escalante (see also Sangre and Los Bastardos, both of which were nominated for Un Certain Regard Award at the Cannes Film Festival, and Heli, for which he won best director at Cannes) and written by Escalante and Gibran Portela, The Untamed blurs lines and pushes boundaries in genre filmmaking in the same way that films like Under the Skin, Antichrist, and We Are the Flesh have in recent years. It takes a loud “quiet” approach, and while I won’t be surprised to see some people dismiss it for one reason or another (some people have bad taste), the truth is that this film is borderline brilliant. 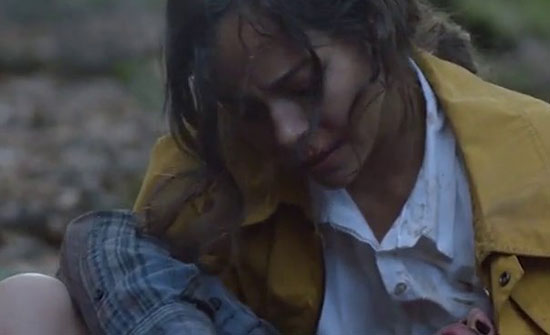 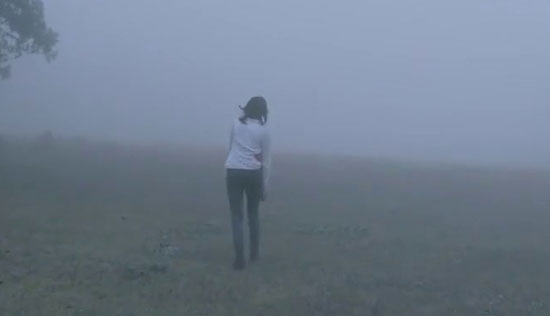 There is a whole lot going on in this film. Hard-working mom Alejandra (Ruth Ramos, in her film debut) is married to Angel (Jesus Meza), who comes across as machismo personified – he’s jealous, quick to anger, and more than a little homophobic. Not surprisingly, their relationship is failing, partly because he is an inattentive husband, and partly because he’s in a secret relationship with Fabian (Eden Villavicencio), Alejandra’s brother who works at the local hospital. Meanwhile, Fabian meets Veronica (Simone Bucio, also her first acting role) when she comes in with what she says is a dog bite, and she starts flirting with him. The only thing that could make this love triangle (or, I guess, square?) even more tricky is the secret that Veronica has, one that she eventually shares with Fabian, then Alejandra…one that will drastically change all of their lives.

Based on the description I’ve given thus far, you may be asking where the sci-fi and horror parts of this film are. Well, like I said, there’s a ton going on here. When the film first opens, we see an asteroid floating through space, a peaceful sequence reminiscent of the calm-before-the-storm scenes in Lars von Trier’s Melancholia. After dissolving in and out of a title screen, we find a young woman (who we soon learn is Veronica) laying nude, moaning with pleasure, with a tentacle of some unknown creature inside her. 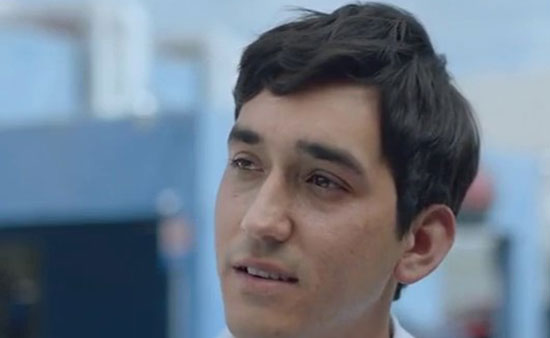 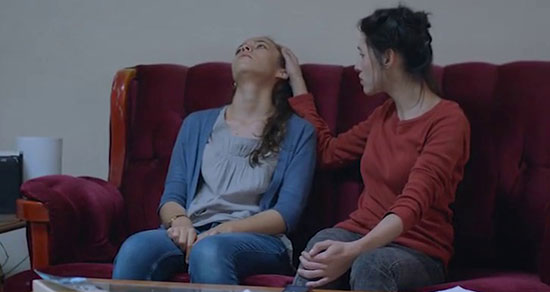 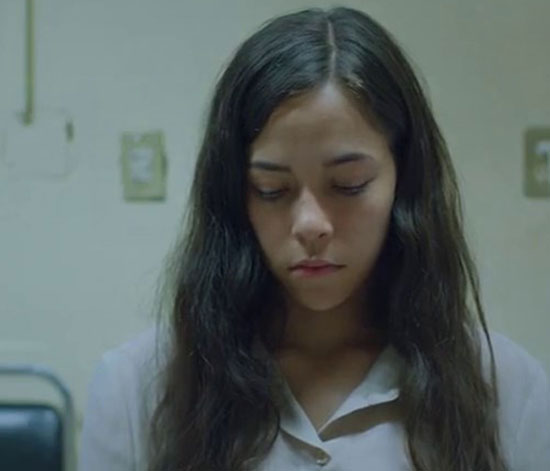 We hear a voice from off screen tell her that her time is up, and soon a woman is cleaning up the room as Veronica walks off, away from the house she was in and toward a foggy field, and she is bleeding from a large wound on her side. The older couple who live at this house are studying something here, something other-worldly, that may have powers beyond all human comprehension. Rest assured, there are many layers to this story, and there are plenty of horror and sci-fi elements throughout, from the surface on through to the core.

In The Untamed, Escalante and Portela have put together a deep, thought-provoking story that touches on far more levels of human behavior than your average multi-million dollar Oscar contender. Relationship issues covering the spectrum from sexual identity struggles and sexual exploration stand at the forefront of the film, while jealousy and bigotry and domestic violence are all touched on as well. 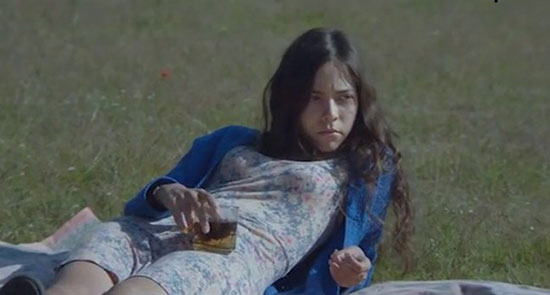 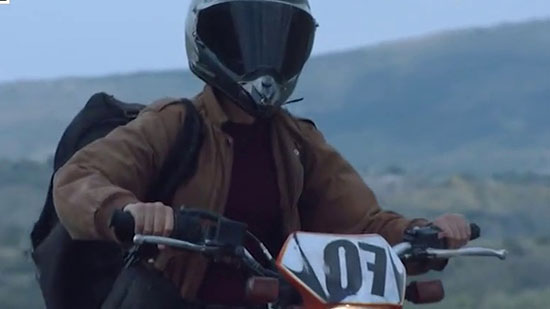 At the same time, we have all the carnage and sex and nudity and creature feature fun one might expect from a genre film. It has the depth and mystery, not to mention cinematography, of an art film, bringing to mind the work of directors like von Trier and Zulawski. In what should only be considered a compliment, it is very difficult to compare this film to any others before it. At times, the raw, hate-filled violence on screen almost resembles that of another Mexican film, Lex Ortega’s Atroz. But then minutes later, the carnal, inhibition-less sexuality on display is reminiscent of that in Scott Schirmer’s highly underrated erotic fantasy/horror film, Harvest Lake. And, of course, there is the obvious comparison to Zulawski’s Possession. 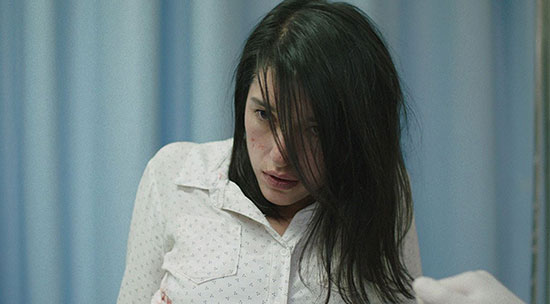 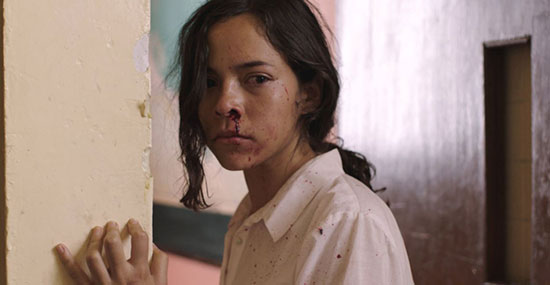 While it has proven somewhat difficult to summarize The Untamed, especially without giving too much spoiler-y detail, it is very easy to recommend it highly. It is a well-acted movie, and a well-written movie, and it looks fantastic from beginning to end. It is both sexy and scary, and manages to affect the audience on both a visceral and cerebral level. I recommend this film to anyone who appreciates well-made cinema; more specifically, this is a must-see for genre fans who can appreciate the artistic side of horror. I see a ton of movies, and The Untamed easily ranks among the top 5 best films I’ve seen over the past year.