Her relationship and newfound  independence is quickly complicated by her parents oppressive meddling, their seemingly fundamentalist religious beliefs, and, possibly, Thelma’s unique ability to shape and affect her environment. THELMA had it’s North American premiere at the 2017 Toronto International Film Festival, and will screen at the New York Film Festival in October. THELMA been selected as the official Norwegian OSCAR® entry for Best Foreign Language Film, and will be released theatrically on November 10th by The Orchard. 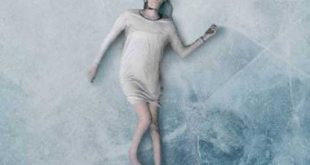