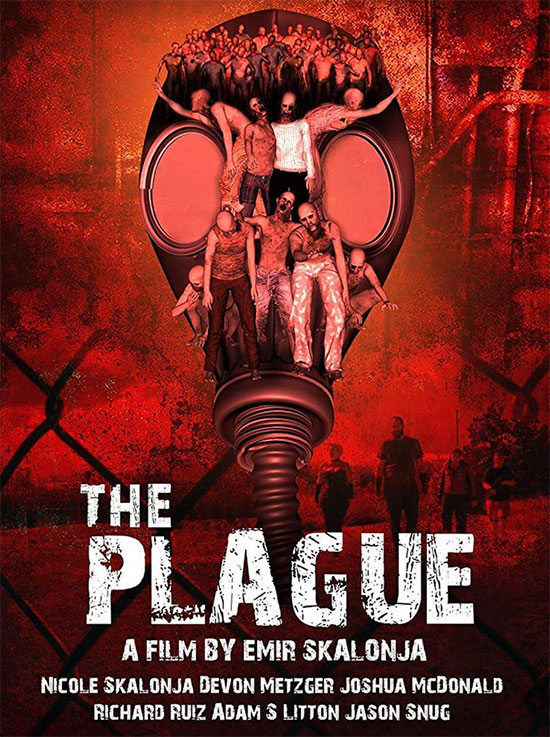 Six people find themselves trapped in Love Canal, Niagara Falls, an old toxic waste site, and witness the first hours of the plague that brings the dead back to life.

Back in the year 2014, filmmaker Emir Skalonja began producing his own horror films under the banner of FoxTrot Productions. Since then, with an effort that makes most of us feel really lazy, he has directed at least six short films and anthology segments as well as seven full length films. That’s over 13 films in just the past two and a half years! I wouldn’t even be surprised if that number goes up before this review does. But wait, you might be saying, sure he’s released a whole bunch of films in a very short amount of time, but are they well done or sloppy, amateurish, and obviously rushed? And that’s the clincher – Skalonja hasn’t just pushed out a bunch of shoddy films, he’s consistently putting out quality work. And with his zombie series, The Plague, he’s extending the family tree of horror films featuring the undead alongside social commentary planted as a seed back in 1968 by the master himself, George A. Romero (R.I.P. to the legend). 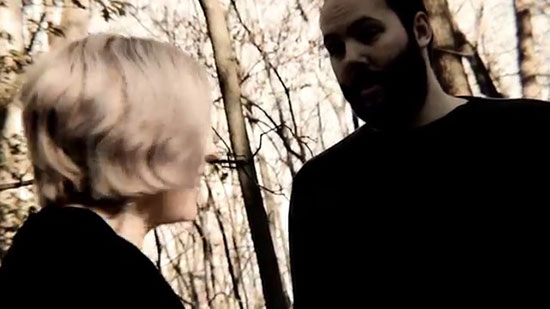 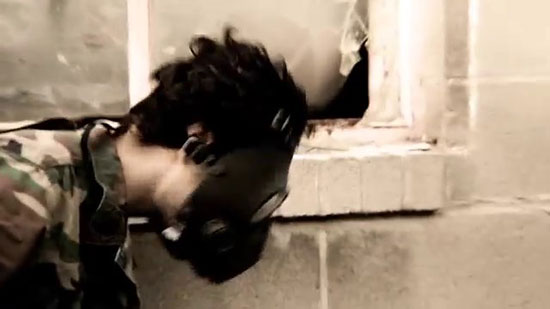 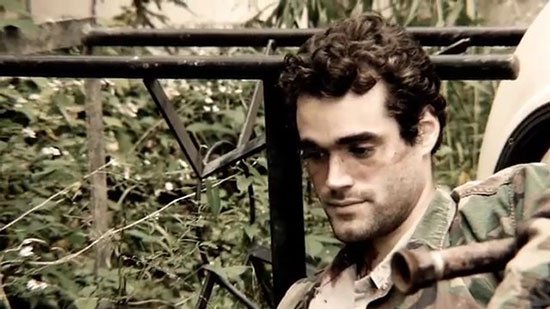 The Plague opens in a very Romero-esque fashion: newsreel-style footage of an outraged community demanding answers. Companies have been dumping toxic sludge in the area of Love Canal, located near Niagara Falls, New York, for some time, and now people are getting sick. And when I say sick, I mean the “suffering and dying and coming back from the dead/can only be put to rest with a bullet through the head” type of sickness. Yep, we’ve heard this story before, quite a few times now, but Skalonja immediately lets you know he’s doing things a little bit differently (and with that, quite possibly either wins you over or loses you). He keeps the gore and zombie-fighting to a minimum through the first third-to-half of the film, instead opting to introduce and build his characters first.

To start things off, we meet Jack and Jill (newcomer Joshua McDonald and contributing writer Devon Metzger, respectively). They are trained assassins and lovers who have come to the area to take someone out. Next up, Becky (Nicole Skalonja, wife of the director) and Tom (Rich Ruiz), antagonistic brother and sister who might bicker quite a bit, but are still very close and very supportive of each other. Becky has even convinced Tom to start running to get in shape, and they’ve decided to run together for the first time near Love Canal. Jason Snug plays a religious zealot, the type that believes the Book of Revelation is a factual prophecy and who quotes bible verses while sharpening his knife and loading his gun. And finally, we have a soldier, played by Adam Litton. Unlike the other characters, he knows exactly what is going on in Love Canal, and he has been sent there to eliminate the zombies. All of these characters will eventually cross paths, something that will prove fatal for some of them. 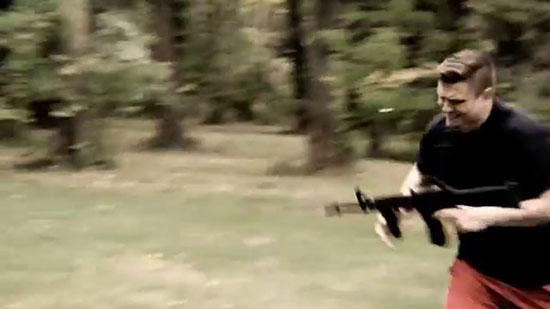 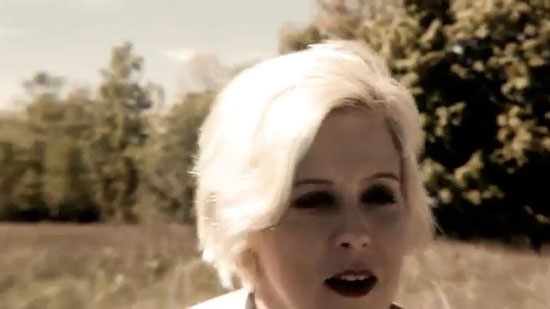 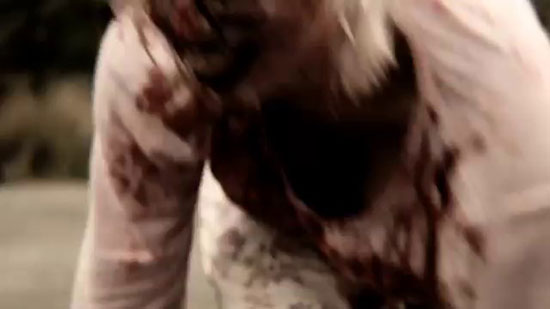 About halfway through The Plague is where everything starts really moving. The soldier kills a bunch of zombies before getting bit, and Becky and Tom happen across him while running. He tells them horrible things are happening, and when they offer to take him to the hospital, he refuses, instead insisting that they kill him. Becky and Tom run into Jack and Jill about the same time as they all run into a bunch of zombies, so they end up joining forces to take on the army of the undead and find a safe way out. Unfortunately, the crazy religious guy is excited for the end of the world, which he thinks will bring about the second coming, and so is just as dangerous as the flesh-eating zombies.

It’s not that The Plague is boring by any means, but it’s definitely a story that takes its time building up. There is a sequel, one that starts up shortly after the events of this film, and they work very well when viewed back to back, the two-part story standing stronger as a whole than as two individual pieces. The events in this first installment show the beginning, the opening hours of the plague, whereas the second one is able to jump right in with the action thanks to the story being familiar to the audience.

As for the effects and other technicalities here, purists will be happy to know that these zombies are slow-moving, just as George Romero would have liked to see. They look pretty good as well, the makeup being convincing enough despite the low budget. Same goes for the blood and gore here – at no point is it overly gory, and some of the more brutal killings happen off screen, leaving us with the results of the assault, rather than the action itself. But at the same time, there is a nice scene of a zombie being beaten down with his own severed hand. The whole thing is shot with an off-color kind of look (forgive my ignorance here, I don’t know what this is called), which gives a distinct look to the film. And aside from a couple of awkward lines/deliveries, much of the dialogue is useful in building the characters and helping to evolve the story. 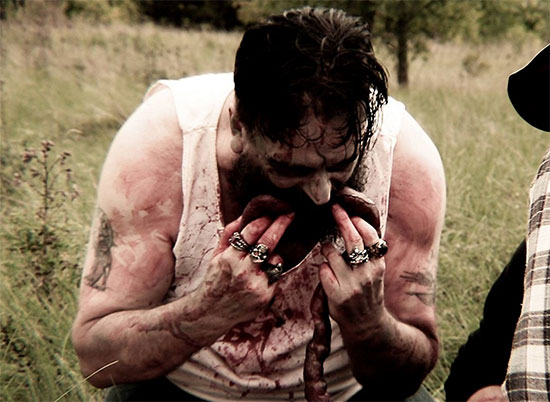 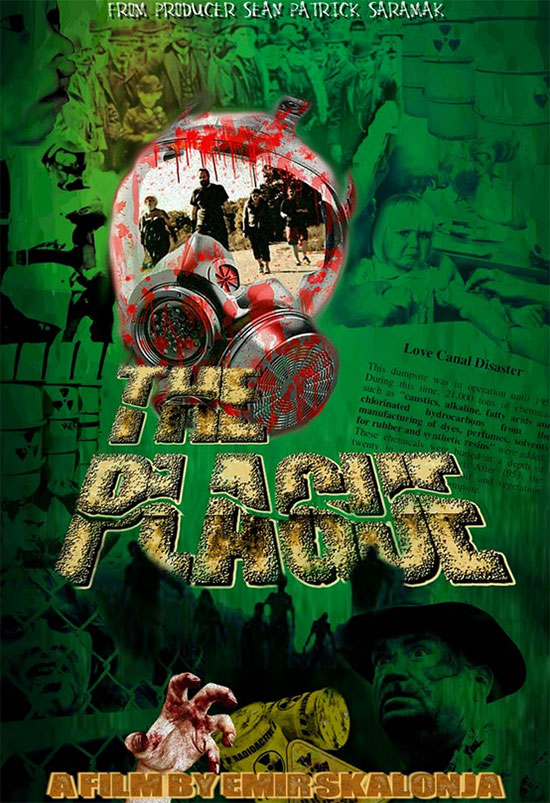 The Plague is a good, low budget zombie film with a strong pro-environment/anti-religious extremism message and fairly likeable characters. It’s not recreating the genre by any means, but it is a strong effort by a talented independent filmmaker. I’ve seen quite a few good zombie films, and I’ve seen a whole lot of subpar, boring, and even downright bad ones. On the wide spectrum of zombie films, The Plague definitely falls closer to the good end. Even better, Skalonja’s film is just the beginning of a (possibly ongoing?) story, to be continued in The Plague 2: Biohazard Blood. If you’re a zombie fan, these films belong on your must-see list.