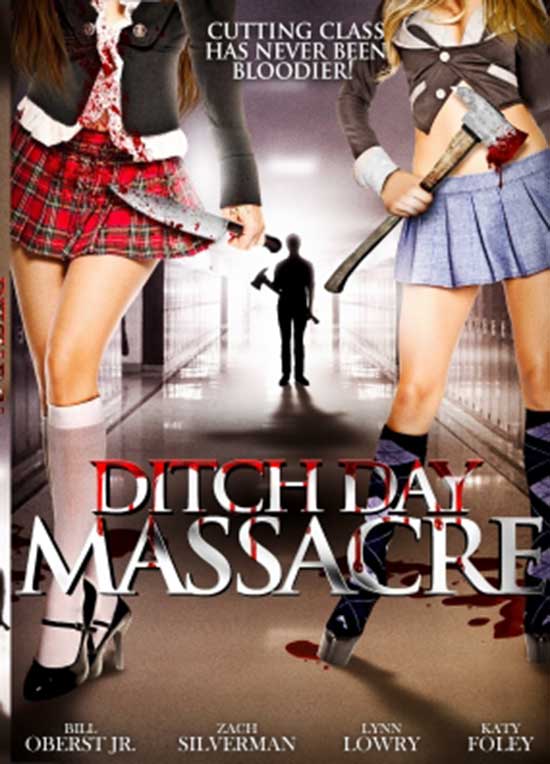 Jenny Bilson, a high school senior, is the perfect student, a wonderful daughter to a veteran police detective and an all American Dream. But the one mistake she is unaware of making is about to haunt her in a very violent way, as her past returns for revenge.

Ditch Day Massacre is Director Joe Hendrick’s first feature length film. He is currently working on the film Lord Bateman to be released in 2018.

Jenny Bilson (Katy Foley) has a secret that only her parents know about. She went to a party one night and while she was driving home afterward, she fell asleep at the wheel and hit another car. She fled the scene and her father Dale Bilson (Greg Depetro) who is a detective, helped cover it up. A family of three was in the other car and a mother and child were killed. The father Vick (Bill Oberst Jr.) was injured, but survived the crash. I’m a fan of Bill Oberst Jr. and have known him for a few years.  He’s a really great person and a fantastic actor and he can be really scary. This film is basically a teenage slasher story, but Bill Oberst Jr. carries the film. 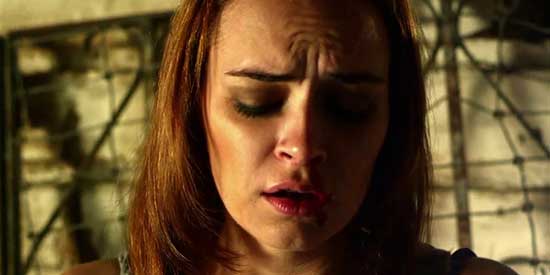 Vick is out for revenge because Jenny killed his wife and daughter in the hit and run accident. He plans  to torture and kill her entire family. Jenny’s parents plan a short vacation and leave Jenny home alone. Her boyfriend Mike (Zach Silverman) convinces her to ditch school and have a party. They invite their friends over for drinking and typical teenage shenanigans.  Bill Oberst Jr. is excellent as a grieving husband and father and a cold hearted killer.  Katy Foley and Zach Silverman both gave strong performances. This is a low budget film, but it was entertaining. Vick runs Jenny’s parents off the road and kidnaps them. Then he goes after the teenagers.  The practical effects were well done in this movie and the kills were terrifying. There is lots of blood, so this movie is not for the squeamish.

While the teens are partying and having sex, Vick is hunting them down one by one. Everyone knows that if you have sex in a horror movie, you’re going to get killed. Did these kids see Friday the 13th? Vick kills them in some pretty gruesome ways and finally only Jenny and her boyfriend Mike are left. What Jenny doesn’t know is that Mike has a secret agenda. He’s not who she thought he was and it was pretty shocking when his true identity was revealed. Vick is torturing Jenny’s parents and plans to kill them in front of her and then kill her.

The police realize that Jenny’s father covered up the hit and run accident and figure out that Vick is on a mission to kill everyone. The police chief Mann (Brad Potts) goes after Vick and tries to stop him, but things don’t go as planned. There is a twist and you realize that Vick hasn’t been working alone. I’m not going to tell you who is working with him. You’ll have to watch the movie to find out. It’s easy to overlook the low budget feel of this film, because Bill Oberst Jr. is so good in the role of Vick.  I may be biased though, because I like him in almost everything I’ve seen him do.  He completely transforms himself into Vick and his anger is real.  There are some big fight scenes leading  up to the shocking finale. Who will survive? Will Jenny finally confess what she did? 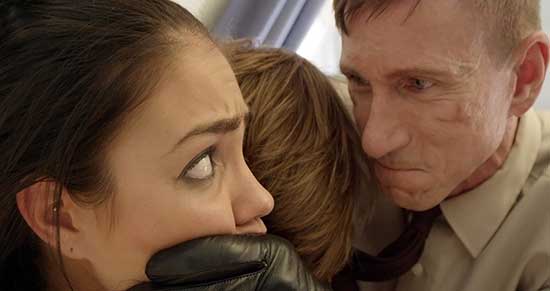 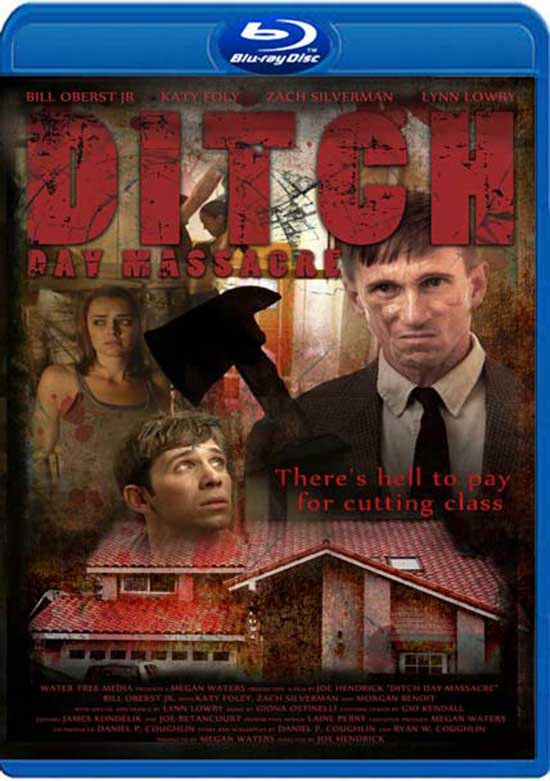 The ending almost seemed like Vick had planned it, even though things didn’t go quite the way he probably wanted them to. He embraces his fate in an unexpected  way. I think this movie was well done with a low budget and the story was original. Bill Oberst  Jr. was the strongest actor and he’s just fascinating to watch.