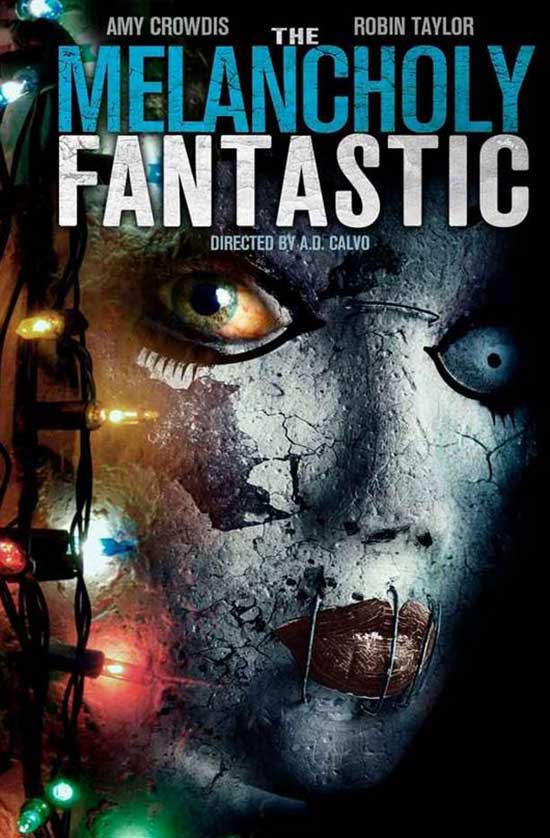 A tale of sadness , grief, and the despair of loneliness

A slow burner horror film can be one of the greatest in the genre. A sense of dread and anticipation helps create the suspense that leads to the final moments of a horror film allowing a wonderful climax of chaos and terror. Classics such as Rosemary’s Baby and Blair Witch are all about notching up the dread for the audience right until the final moments. A more recent entry – The House of the Devil – also uses this slow but terror inducing momentum. The Melancholy Fantastic however struggles to find its groove using this speed of a slow burn. The tension of the film thus at times falls flat into the genre of drama with little inkling of the horror to come.

The Melancholy Fantastic (2016) has Melanie Crow living in a secluded house with a life size doll she has created. Her mother has recently committed suicide and it becomes more and more clear as the film progresses that Melanie has transferred her grief and sadness into the doll. Thus creating a dialogue with the doll where Melanie hears her deceased mother talk to her through the doll. Melanie meets Dukken, a Goth inspired townsfolk and romantic sparks start to fly. Yet mother isn’t too happy about it.

It’s going to be hard to review this film without mentioning a film similar that is a favourite for me. May directed by Lucky McKee features a recluse finding solace in a doll. What May is able to reach (regarding themes) I just didn’t feel The Melancholy Fantastic was able to. May explores the themes of loneliness and grief with more precision and really allows the audience to step into the shoes of its protagonist. Yet TMF doesn’t dive into its characters despair enough making actions she takes later in the film questionable.

A real problem in TMF is the pacing. I love a slow and steady horror film as mentioned before however there needs to be parts that grab your attention and I found The Melancholy Fantastic to be on one level the whole way through. This can make the mind wonder and that isn’t a good thing.

Yet the acting abilities of the two leads and the dialogue were enough to keep the film of interest to me. Melanie played by Amy Crowdis is able to show the vulnerability and sorrow of a daughter in mourning. As the film is mostly Melanie in shot she does a good enough job to keep the film propped up on her acting ability alone. She does the best she can with the script, which at times is confusing and sparse.

The cinematography for TMF is great, for such a small budget film the director is able to capture the wintertime in the small American town rather well. This allows the audience to be transported into the world of Melanie as she spends what seems to be her first Christmas alone with her new life size doll.

Now to the doll. I understand it is a big part of the film however it became redundant and humorous towards the end of the film and sometimes it felt like the doll was an afterthought. The meaning behind the doll is sort of explained but becomes rather muddled towards the end. Not sure what the title is about either. The Melancholy Fantastic makes it sound like a Tim Burton sci-fi extravaganza, which is definitely isnt . 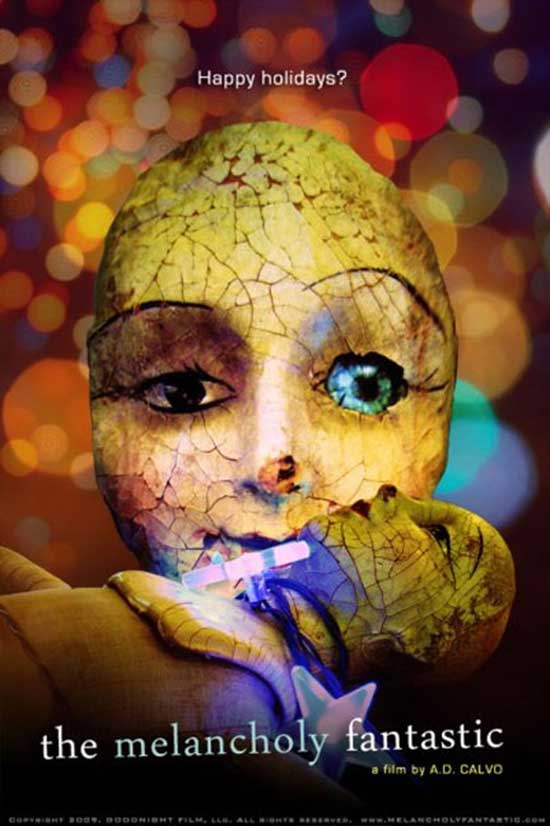 The movie The Melancholy Fantastic is an interesting film. I have seen a lot worse and would recommend it for the acting and cinematography. There is definitely a certain amount of creep factor happening on screen, which I also give the film kudos for. I just couldn’t root for the story and when things started to take a turn towards the horror element it left me rather numb. I questioned what was happening and the odd jumps the narrative took which left things rather confusing. A bit of a slow non-starter.