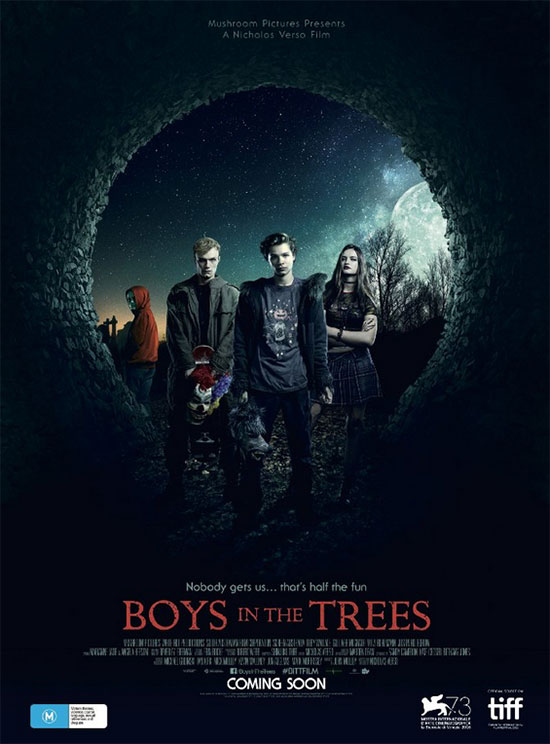 On Halloween 1997, two estranged teen skaters embark on a surreal journey through their memories, dreams and fears.

On Halloween 1997, two estranged teen skaters embark on a surreal journey through their memories, dreams and fears.

Boys in the Trees is the latest film from Australian writer/director Nicholas Verso. He is also known for Max: A Cautionary Tale (2003) and the short film The Last Time I Saw Richard (2014). Most of his stories focus on teenage characters and deal with the struggles of growing up. 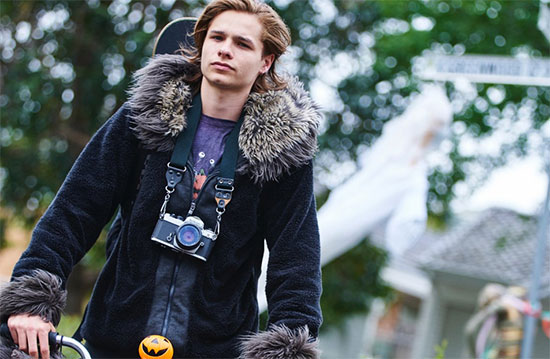 The first thing I noticed about Boys in the Trees was the stunning cinematography. Director of Photography Marden Dean captures magnificent shots of the teens in a fantastical dreamy way that is just beautiful to look at. The movie takes place on Halloween night in Australia and focuses on the complex relationships between Corey (Toby Wallace) and Jango (Justin Holborow) and Corey and Jonah (Gulliver McGrath).  It’s interesting to note that Verso’s short film The Last Time I Saw Richard also stars Toby Wallace as a character named Jonah and tackles issues similar to the ones in this film. 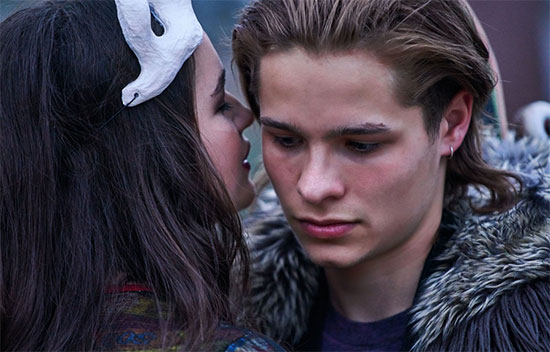 The film is set in 1997 and includes an amazing 90’s soundtrack that features songs by Marilyn Manson, Bush, Rammstein, Garbage, and many more bands that were popular at the time. Actor Toby Wallace who stars in the film has said of this movie that it is: “The Lost Boys meets Donnie Darko“. Teenage Corey used to be best friends with Jonah, but now hangs out with Jango and the cool kids. Corey now dreams of going to college in America. Jango relentlessly bullies Jonah and even prints out a photo of him and plasters it all over the city to make fun of him.  The teens plan to celebrate Halloween by partying with friends and Jango puts on a clown mask, while Corey wears a Wolf mask.  There is a scene of the group riding bikes with Jango in the lead wearing the clown mask that I absolutely love.

The story is a lot like a fairytale and Cinematographer Marden Dean creates an extremely impressive dreamlike night time atmosphere. Corey meets up with Jonah with his face painted a ghostly white and his eyes blacked out, who convinces him to walk him home. Thinking of their previous friendship, Corey agrees. As the two embark on a long walk through the city to Jonah’s house, they have some very unusual, and sometimes creepy, encounters. They even end up hiding from Jango and the rest of his gang in the school. Corey doesn’t want to be seen with Jonah, but takes pity on him because he still has feelings about him as a friend and he doesn’t really approve of how badly Jango treats Jonah. 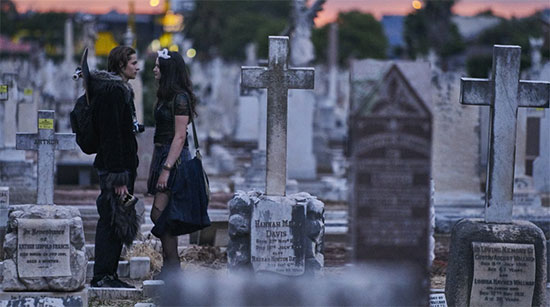 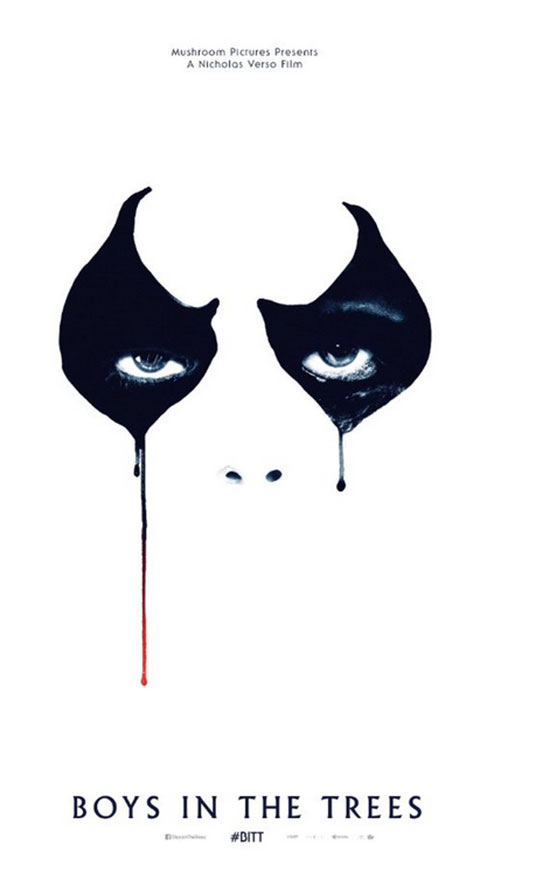 The story and characters are so intriguing, it’s really easy to get lost in this film. This can be credited to the beautiful writing style of Nicholas Verso which allows the dialogue and style of the film to flow effortlessly. Wolves are used symbolically in the story with Corey’s wolf mask and also in shadow form. I think that the wolves represent the transition from adolescence to adulthood, as well as the loss of friendships. There are some interesting quotes used in the film as well. One of them is from a quote by Aristotle and says in part, “anyone who does not partake of society is either a beast or a God.”  I believe this is another reference to the wolves. 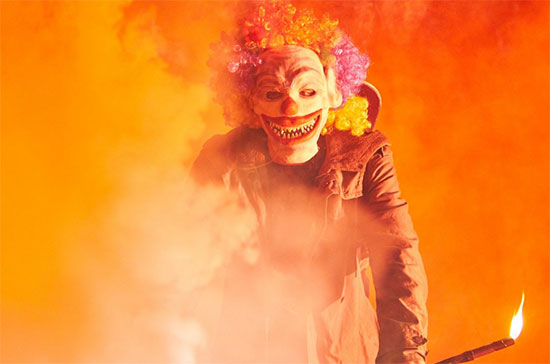 As the night progresses, Corey reminisces about his friendship with Jonah and ultimately discovers his fate in a devastating way. This film evokes so many emotions while watching. It’s beautifully shot and the story is well written and translates wonderfully to film. The acting is all around strong and convincing in this film and the actors are a delight to watch. I absolutely loved this movie and would recommend it to anyone, no matter your age. Boys in the Trees is an exceptionally well done film.