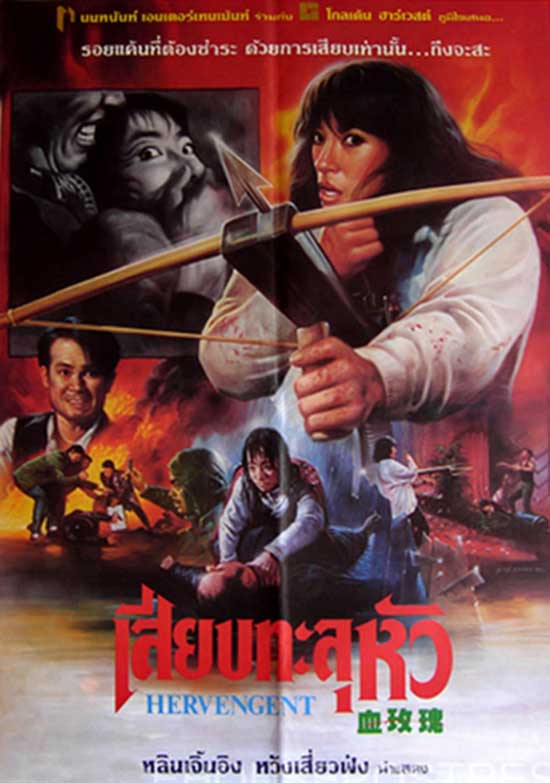 Wong plays an unassuming nightclub employee in Macao who alienates a gang of drunken men (led by Shing Fui-on). They tail her after her shift, and mount a gang assault. She attempts to enlist the aid of her former brother-in-law (Lam) – an ex-triad now confined to a wheelchair. A lounge owner in HK, he hires her as a waiter and finds her a place to live, but refuses to help in her quest for vengeance. She, however, has other ideas. When a chance encounter provides access to the first assailant (Shing), she improvises the first of a series of horrifically graphic acts of vengeance. The remaining gang members try to neutralize their unknown adversary.

I have long been a child of IMDb and these days I’m trying to go into more movies blind, especially as a reviewer, in an effort to keep from forming an “impure” opinion. Her Vengeance is the perfect kind of movie for this, because it opens with neon lights and can-can dancers, and the madness only escalates from there. I wish I could simply tell you to watch the movie and leave it at that, but as a reviewer, it is part of my job to convince you. So, if you want to have my experience watching the film, which is my enthusiastic recommendation, stop reading and just go watch it, right now. (You have no excuse. It’s on Youtube. But, if you’re like my more bookish side and simply must know more, please indulge my gushing. 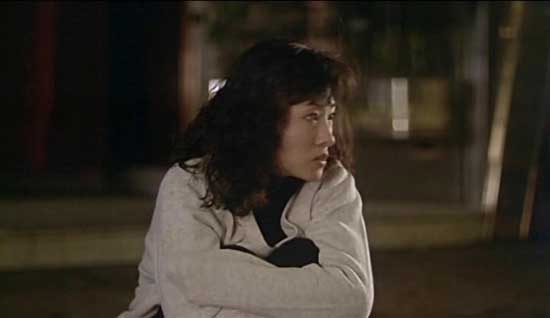 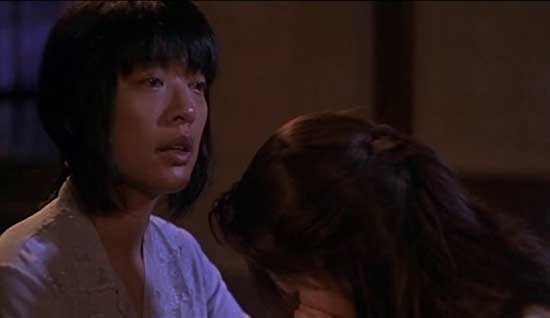 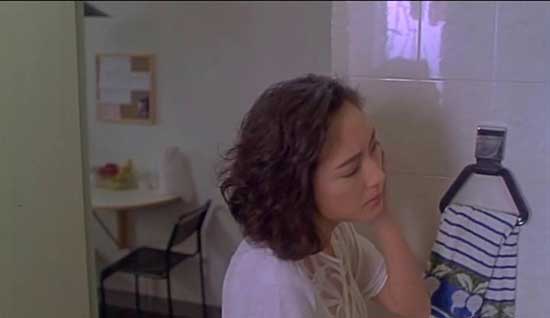 Her Vengeance is a loose remake of the 1973 Chinese film Kiss of Death, with some inspiration from I Spit on Your Grave sprinkled in for extra flavor. Ying is a night club employee whose interference gets a gang of drunk jerks thrown out of her club. Later that night on her walk home, the gang jumps her and viciously rapes her in a cemetery, leaving her traumatized.

Now, for most of us, the realization that you’ve walked into a rape-revenge film is a terrible surprise indeed. As much as I like a bit of misandry now and then (okay, I love it whenever possible), the necessary evil of the subgenre is the rape that will lead to the revenge. It’s never fun to watch. Thankfully, Her Vengeance gets that awfulness right out of the way within the first ten minutes, immediately cutting to the can-can dancers at the club. Strap in, kids–the next hour and a half is gonna get wild. 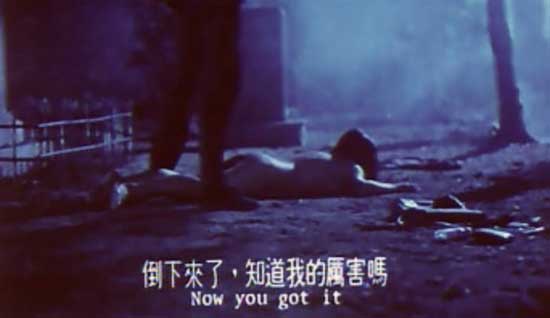 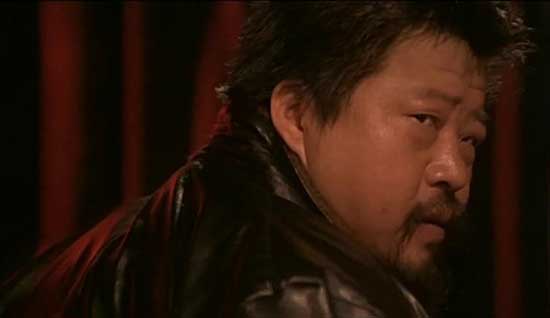 Ying realizes following the rape that not only is she now infected with AIDS, but these are also the same men who murdered her father years ago. Friends, bloodthirsty revenge doesn’t come more justified than that. With her wise blind sister’s blessing, Ying travels to Hong Kong to meet her ex brother-in-law and learn the art of killing—only to find him embittered by the loss of his legs. It is up to Ying alone to take down the scumbags who ruined her life. 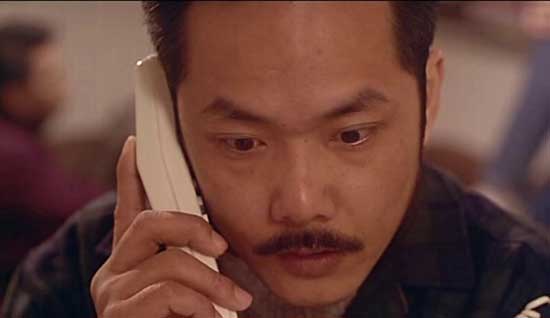 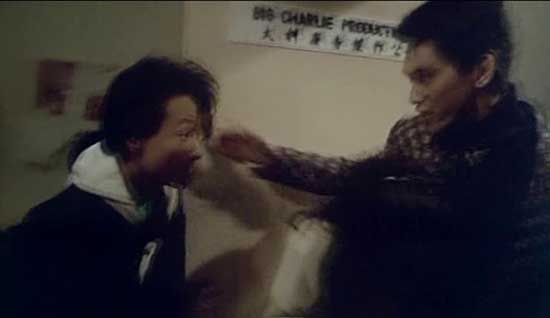 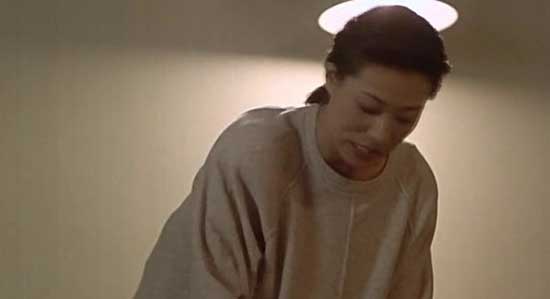 The film has grindhouse influence running all through its DNA, its off-the-rails plot only bested by over-the-top cinematography. Scenes of brutality are framed through a conspicuous red lens, bathing the horror in a heightened reality, subtitles suddenly appearing in Chinese and English. Outlandish violence breaks out of nowhere and is pushed to its absolute extreme. Meanwhile, the slower scenes are even more heightened–a blue filter appears once, in a memory tinged with sadness and regret. The quieter “soliloquy” scenes are brightly lit with softness around the edges, making every tear sparkle like sequins. Admittedly, these moments get a little soapy, at times bordering on parody, and given the tone of the violent scenes, it may be best to take the entire film with tongue inching towards cheek.

Now, the question with any rape-revenge film is, “Is it feminist?” The answer is never a simple yes or no, especially when it comes to horror, but execution has a lot to do with it. A great deal lies in the female characters, which in this are fairly well rounded, clearly motivated, and earnestly performed. Their scenes are tinted with tenderness, love, and fierce determination. As for the fellas–with the exception of Ying’s nice-guy love interest and her nobly handicapped brother-in-law—the men in this film are either buffoons, criminals, dicks, or all of the above. Maybe it doesn’t say much for your heroes if the villains are all evil clowns, but it does say a great deal when only two out of your abundant male cast are decent human beings. 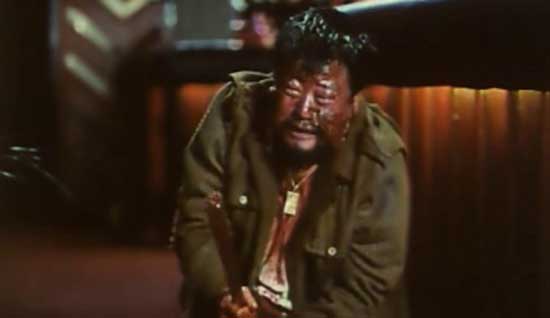 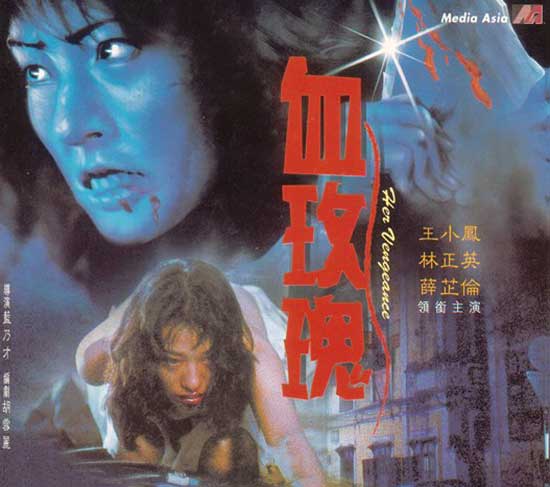 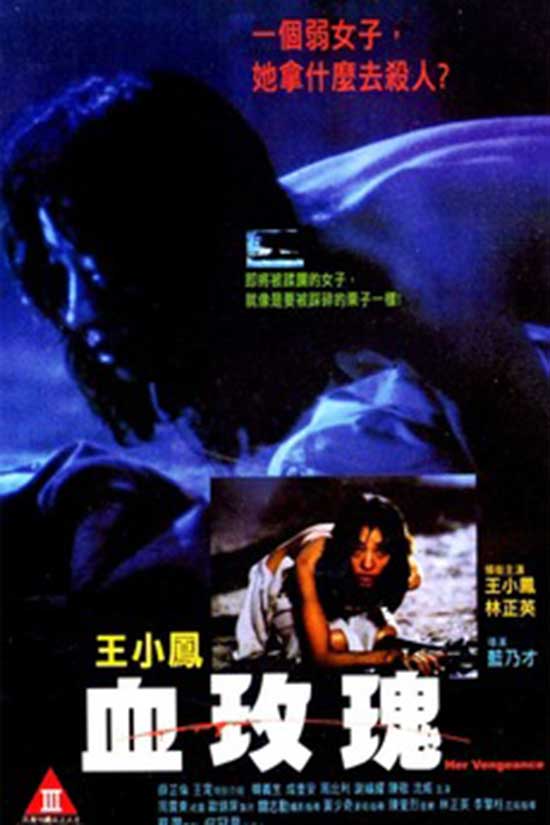 It must also be stressed that Ying is undoubtedly the hero of this film. She is a normal woman whose entire world is upended in one bad night. She carries her fear and vulnerability on her sleeve, but her determination makes her unstoppable. Despite all the horrors she faces throughout the film–and I haven’t even mentioned half the insanity she goes through—she never gives up on her mission. As much as she says she is doing it to honor her father, it is just as much if not more for herself, to restore her own honor. When she confronts her rapists, her words to them are not something reminiscent of Inigo Montoya, but instead, “Do you recognize me? You raped me.”  The imagery of the rape is mirrored in Ying’s revenge, animalistic violation paralleled with desperate yanking as she strangles a man from behind. Her back is arched and her twisted face is beaded with sweat, crying out from exertion. It is a whole different shade of eroticism–the titillation of sweet vengeance–but it’s tinted that same violent shade of red.

Her Vengeance is a wild ride with everything you could want and nothing you would expect. I’ve only mentioned the highlights of this film, the need-to-know synopsis stuff. There are so many little nuggets of gold hidden throughout this movie, moments that made me laugh out loud and clap my hands to my face in shock. If you can stomach the first few minutes, the rest is a fever dream of fun.

Best line of the film: “My gonorrhea is serious. Dare you touch me?”