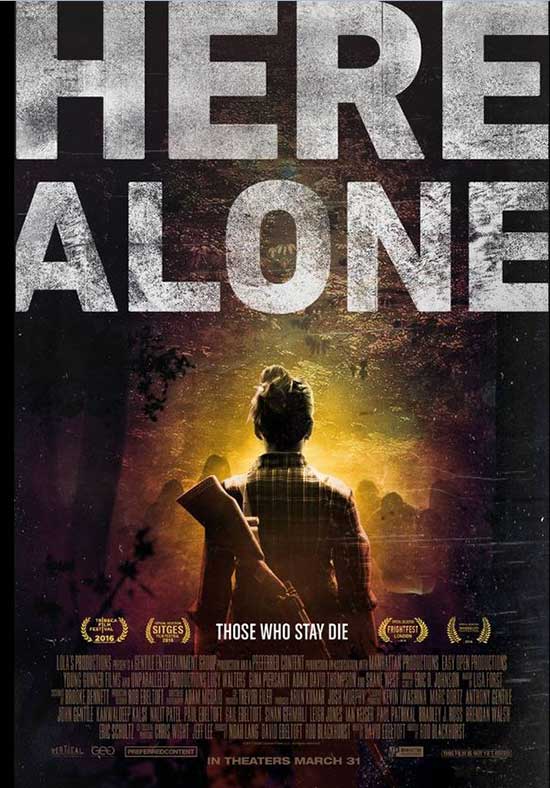 A young woman struggles to survive on her own in the wake of a mysterious epidemic that has killed much of society, and forced her deep into the unforgiving wilderness.

Stripped down and raw.

That is the overwhelming vibe of Here Alone, the new zombie-ish survival film from director Rod Blackhurst.

That shouldn’t suggest that Here Alone feels cheap or patched together or unprofessional in any way. It simply means that across a range of elements—from the story to the emotion to the bells and whistles (or lack thereof) of the production—Here Alone strips itself down to its simplest, rawest components and weaves an engaging and thought-provoking tale with very little extraneous hoopla.

Ann is alone, fighting for survival in the wilderness of upstate New York. A mysterious epidemic has laid waste to all the civilization that Ann once knew, leaving many dead and many others infected with a plague that turns them into savage, mindless zombie-like creatures. With her husband and child gone and Ann herself still learning how to survive in this terrible new world, the determined young woman has established a camp from which she daily focuses herself on just one goal: staying alive.

As Here Alone progresses, the film slips back and forth between two parallel tracks:  Ann’s lonely fight for survival until she crosses paths with a man and his step-daughter who are also trying to survive in the wilderness, and Ann’s backstory, including the initial days of the epidemic and the ultimate fate of her family.

Lucy Walters anchors Here Alone with a fine central performance, taking Ann on a journey that starts with uncertainty and fear and then ends in self-reliance and grim determination. Her character experiences the near-constant horrors not only of zombie attack, but also of isolation, helplessness and loss, and near-impossible choices. And then, when confronted with potential human connection and the emotions that come with it, Walters calibrates the changes to her character with subtly and nuance.

Ditto for the performances of Adam David Thompson and Gina Piersanti. When their Chris and Olivia, respectively, come into Ann’s orbit, her path changes dramatically, and each of them bring with them baggage and motives that provide additional depth to Here Alone and really up the ante. Thompson and Piersanti are significant assets to the film and deliver strong supporting performances. Piersanti, especially, does a whole lot with the churning emotional conflict raging inside her, and when her motives and actions provide the pivotal turning point in the film’s final act, Piersanti’s outstanding performance to that point has laid the groundwork that makes the final surprise that much more impactful.

It takes a while to get there, though, and the time that Here Alone takes to meander its way through its converging storylines and conflicts is both a strength and a weakness of the film.

Director Rod Blackhurst and screenwriter David Ebeltoft show considerable patience in letting their story unfold, allowing scenes and sequences to breathe and not rushing into anything, really, at any point. As a result, Here Alone slowly but surely draws you in, allowing you to feel the long periods of loneliness and isolation that weigh on Ann. Even when Chris and Olivia arrive, the triangle of their relationship evolves gradually and naturally, and Ebeltoft and Blackhurst stack one scene upon another to demonstrate the shift in emotional stakes that ultimately sets their circumstances on a collision course. 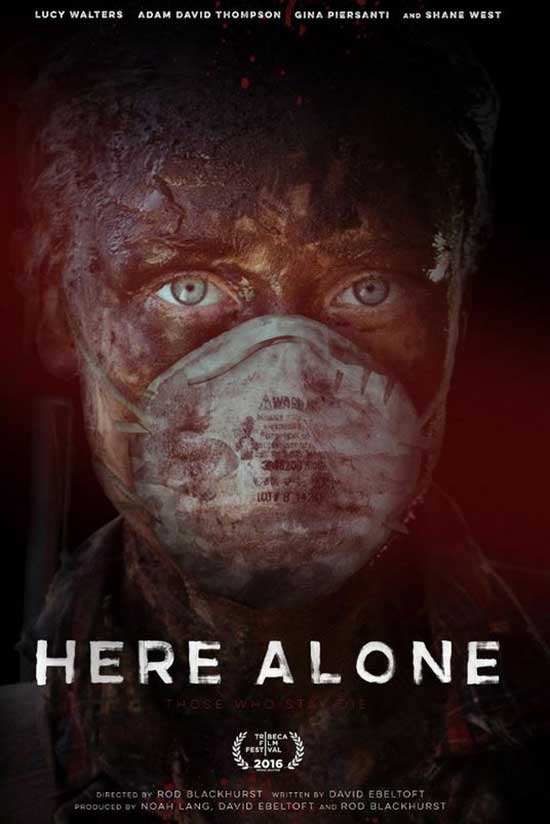 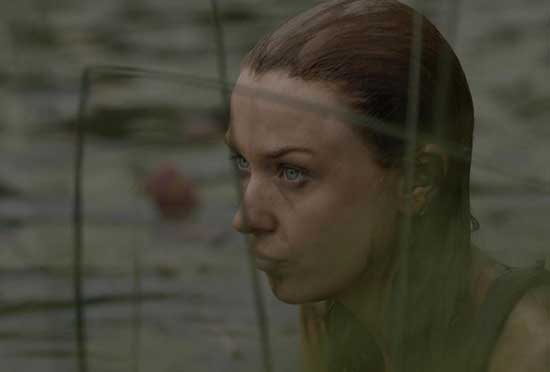 At times, though, the slow moving story and placidity of the narrative threaten to overwhelm the film and lose the audience. For much of Here Alone, the looming threat that has driven Ann into the wilderness is only referenced—not seen or even terribly present—and a significant majority of the film goes by before a proper zombie appears as anything more than a disembodied growl. In fact, traditional horror action is not particularly a priority for Here Alone, which means that when it actually happens, it is effective…but it might not be enough for some more blood-thirsty genre fans.

At its most stripped down and rawest core, Here Alone is not a zombie movie at all, in fact, but rather a slow-burning character study of a young woman thrust into unbearable circumstances and fighting for survival. And if you accept it as that, Here Alone is an interesting, involving little thriller that effectively tells a very personal and compelling story.