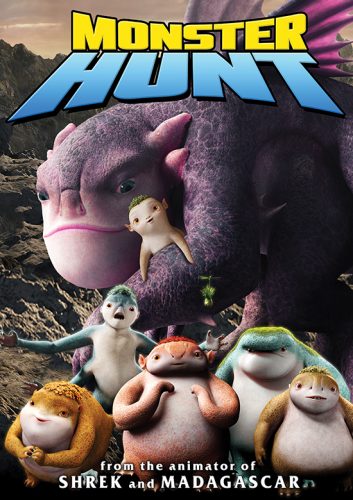 via FilmRise and MVD Entertainment Group on June 13th

Monster Hunt, China’s highest-grossing movie of all time until just recently, is coming to DVD via FilmRise and MVD Enterttainment Group on June 13th.

Made for around $50 million, Monster Hunt has grossed over $390 million to set China’s all-time box office record. It beat out several foreign titles to get there, including Furious 7, Transformers: Age of Extinction, and Avatar. Directed by Shrek the Third co-director Raman Hui, the live-action / CG fantasy epic centers on a war between monsters and humans. At the center of the story is Wuba, a baby monster born to a human man. Yes, a man.

SYNOPSIS:
In a mythical ancient world, monsters rule their land while humans keep to their own kingdom. But when adorable baby monster Wuba is born to a human father and the monster queen, mortals and creatures alike set out to capture the newborn, and Wuba’s epic adventure begins. This is the latest film from Raman Hui – whose animated work includes modern-day children’s classics “Shrek,” “Madagascar” and “Antz.” “Monster Hunt” smashed box office records when it became the highest-grossing film in China’s history. This family-friendly version is intended for kids of all ages and has been dubbed in English.

Slash Film says, “Maybe the cute little baby monster will attract enough curious American moviegoers to make it a modest success. After all, if there’s anything Star Wars’ BB-8 taught us, it’s that adorable blobs cross all cultural and linguistic barriers.”