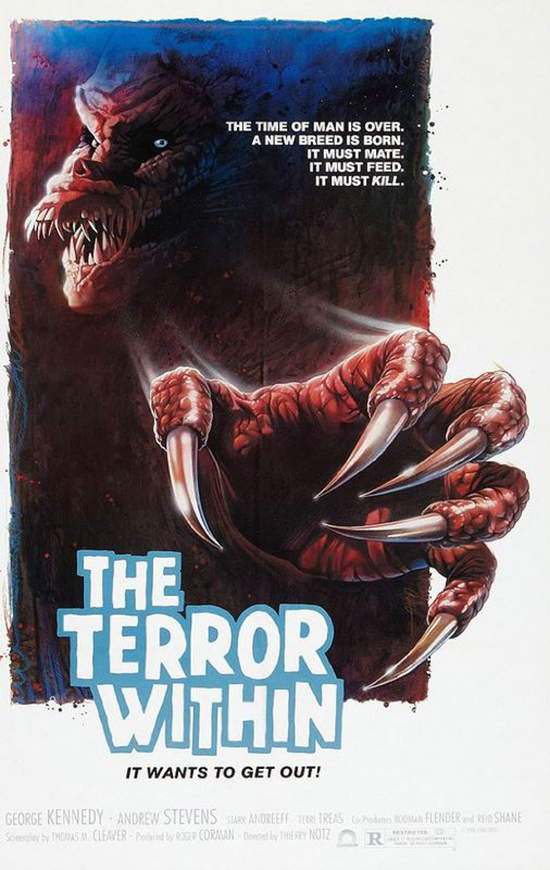 After an apocalyptic event decimates the world a group of survivors living in an underground bunker find themselves under attack by a hideous, seemingly unstoppable monster that wants to rip them to pieces.

Review-I am sort of on the fence when it comes to movies that combine elements of horror with science fiction. There are some good ones (such as Alien of course) and then there are some not-so good ones (Apollo 18, anyone?). The Terror Within fell somewhere in the middle for me as I didn’t love it but at the same time I didn’t hate it either as it did have its moments.  It is basically just a rip-off of Alien in many ways but that’s okay because it works for the most part. While I don’t think I would ever bother watching it again anytime soon it was at least entertaining to an extent as it had some cool gore effects and I thought that the monster was actually looked pretty decent (Even though it is obviously some guy in a suit it looks way better than the crappy CGI monsters we’ve been forced to look at in movies over the last 20 years or so). If you’re in the mood for a sci-fi/horror hybrid or just want to see how Alien would have turned out with a lower budget and a different setting then you will most likely enjoy this movie. 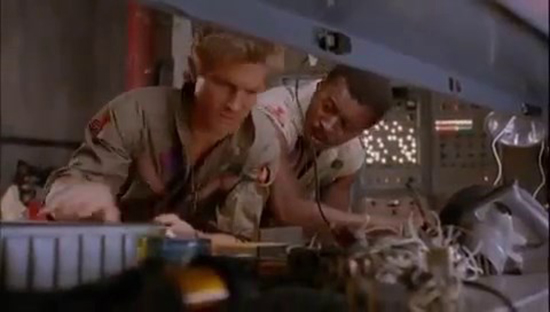 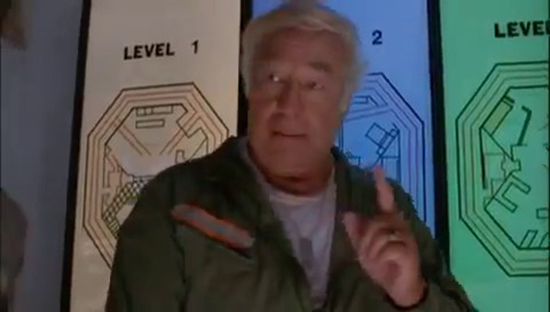 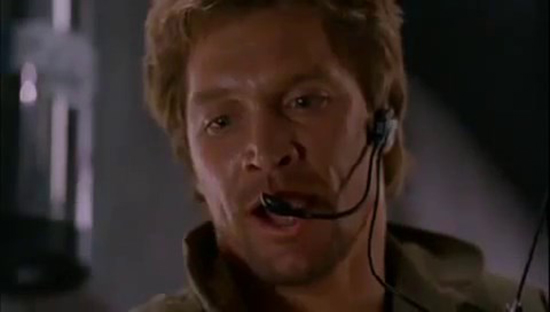 The premise-although it is totally unoriginal-is simple enough and enjoyable for what it is. We have a group of people trapped somewhere while a monster (that is apparently fire, electricity, and laser proof) is running around tearing people apart (and wanting to mate with some of them because apparently he’s a horny ole’ monster that really needs some lovin’). Most of the film takes place in the underground bunker where the main characters live so we don’t get a whole lot of scene variety other than a couple of brief outdoor ones at the beginning. How does the monster get inside the bunker, you ask? Basically at the beginning of the film some of the people that live inside the bunker venture outside of it despite the fact that there are dangerous creatures referred to as “gargoyles” lurking about everywhere on the surface just waiting to disembowel any human they come into contact with. Our heroes find a young pregnant lady wandering around outside and bring her back to the bunker which turns out to be a mistake because she has been impregnated by one of the creatures. Long story short we get a chest burster-like scene from Alien eventually, she gives birth, the baby quickly grows into a large, angry, homicidal monster and people start dying. That’s pretty much the movie in a nutshell (Oh, and there’s also a message or two in there about abortion from time-to-time too. At least I think there is but I’m not sure. That’s how I took it anyway but I may be wrong). If this sounds like a movie that you would be into then by all means give it a shot because you will probably enjoy it. 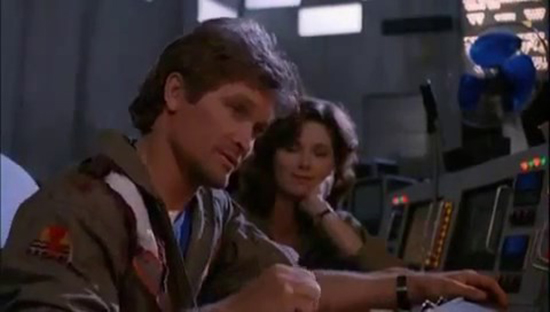 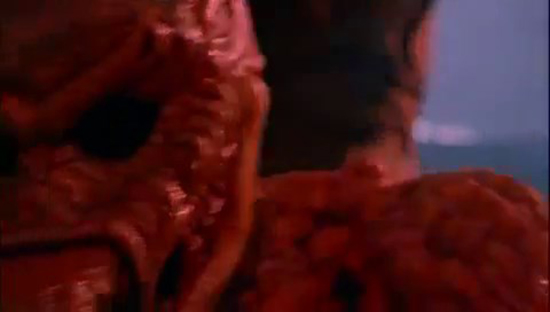 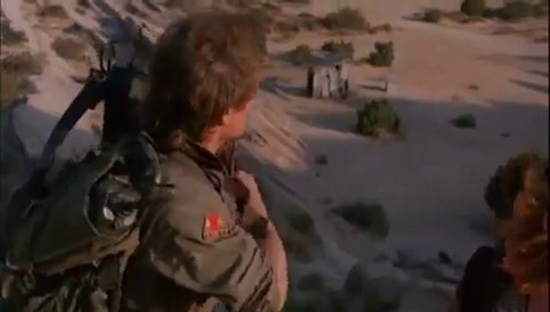 For me there were two highlights for the movie. The first being the monster itself as I thought that it pretty much ruled. As I said earlier, it is obviously a guy running around in a monster suit but it’s cool because it looks awesome considering the film (which was produced by the always cool Roger Corman) didn’t have a huge Hollywood budget. I thought that it was actually genuinely creepy-looking and while some people may argue that it looks a little goofy with its huge overbite I would have to disagree because I thought that it was just fine. In my opinion it was pretty hardcore-looking and I sure as hell wouldn’t want to have to face off against it one night alone in a dark alley. I also appreciated the fact that the movie has a ton of gore in it. The monster doesn’t play around when it comes to taking people out and as a result we see a lot of people torn to bits in some fun and bloody ways (plus we get a pretty cool bloody birth scene that pretty much results in a woman’s stomach exploding at one point too). I was surprised by how much blood was in the movie and since I love my gore I definitely approved. 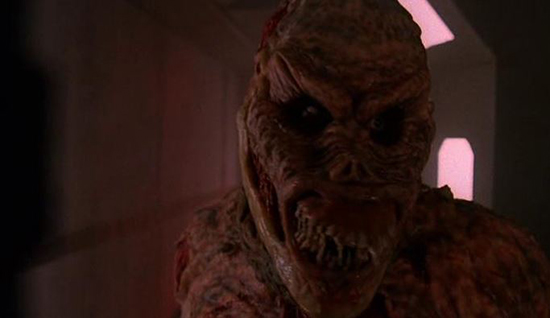 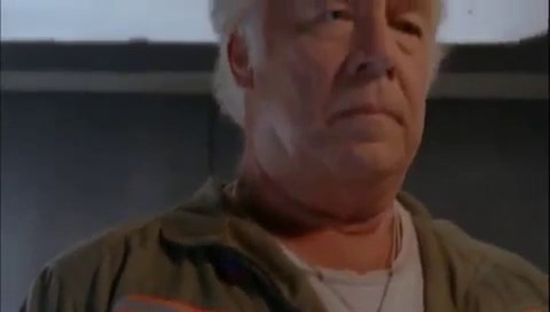 On the downside I thought that it took a little too long for things to get going and it seems like forever before the monster shows up and starts mauling people. I thought that the first half of the movie was extremely dull and pretty much moves at a snail’s pace. Nothing really that amazing happens until the chest burster/exploding stomach scene where the monster is introduced and I had a lot of trouble giving the movie my full attention as a result. However things definitely do pick up wants the monster finally shows up and starts taking people out left and right. If you do watch this movie I urge you to hang in there for the first half hour/45 minutes or so because the last half of the movie is worth your time. It’s just getting through the first half that is a little chore-like due to how dull and slow things are if you ask me. 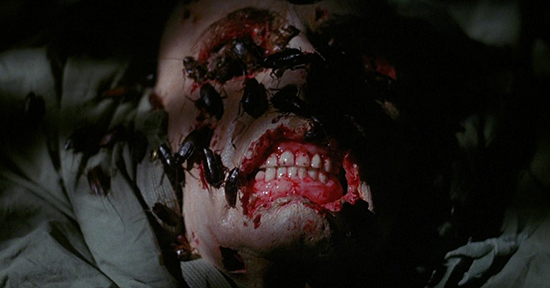 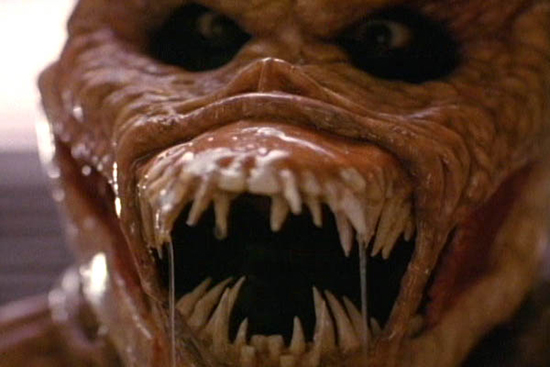 I liked The Terror Within for the most part (I mean come on, how could you not like a movie that has the late, great George Kennedy in it?) despite the fact that it really isn’t my type of film.  It has some fun gore, a cool monster, and a great cast (did I mention that Andrew Stevens is also in it?) for the most part. All in all it isn’t a bad movie (though the first half is more than a little slow) and is worth taking a look at if you don’t have anything better to do and are fiending for a horror movie from the late 80’s that has pretty much flown under the radar over the years (even though it does have a sequel so apparently it has some sort of following). Check it out if you run across a copy of it, it isn’t great, it isn’t horrible, but it is watchable and will keep you entertained for the most part.