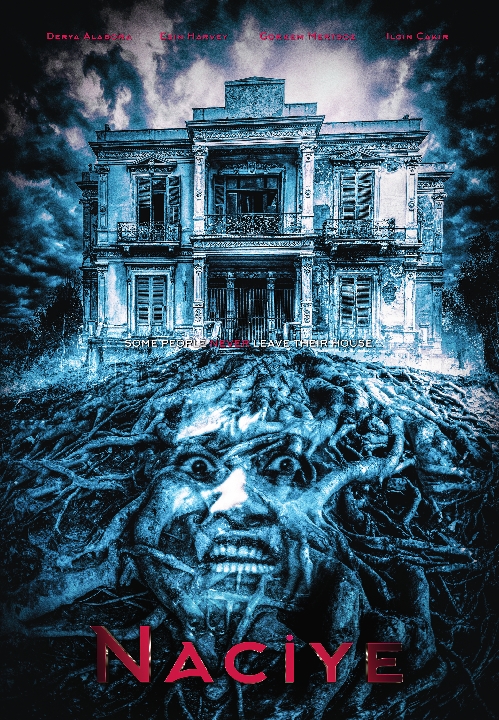 Now Available on VOD and Digital Download on AmazonVideo and Vimeo OnDemand, with Other Platforms Coming Soon!

(Los Angeles, CA – April 7, 2017) Award-winning Turkish actress Derya Alabora (“Innocence,” “When We Leave,” “A Most Wanted Man”) stars as the title character “Naciye” (pronounced Na-djee-a) in Lütfü Emre Çiçek’s feature directorial debut “Naciye.” The film is currently available for digital download and VOD through AmazonVideo and Vimeo OnDemand, and will be released on DVD April 11, 2017. “Naciye” is distributed by Shami Media Group (SMG).

“Naciye” premiered at ScreamFest LA in October 2015, where it received enthusiastic critical acclaim from both horror-film reviewers and audiences alike. The film was released theatrically in Turkey in 2016, and is currently on Turkish cable television and streaming services.

“Naciye,” which also stars Esin Harvey and Gorkem Mertsoz, was filmed on location during the off-season on the beautiful Princess Islands off the Marmara Coast of Istanbul, Turkey. Empty seaside mansions and gorgeous vistas belie the sinister and dangerous events about to unfold. The idyllic scene turns bloody and horrific as the body count quickly grows.

In “Naciye,” a pregnant couple travels for the weekend to check on the house they rented on a whim for the remainder of the pregnancy. On their first night at the secluded home they encounter the dangerous woman who claims to be its rightful owner.

Çiçek was born in Turkey and then moved to the U.S. after high school. Like many teenagers, he grew up watching horror films, and as a filmmaker, he has been influenced by movies like “Rosemary’s Baby” and “The Hand That Rocks the Cradle,” as well as the works of Pedro Almodovar. After he moved back to Turkey, Çiçek pursued his love of filmmaking; his favorite genre, horror films, was a natural choice for his first feature.

“With this movie I wanted to make something that would be familiar to horror fans in its homages to horror movie tropes but maintain its Turkish touches, like the island setting, the soap opera-esque hysteria of the leads, Naciye’s style of clothing and the music.” said Çiçek.

Instead of making a Turkish or American horror film, Çiçek made an international horror film influenced by both his Turkish upbringing and love of American Horror films. The result is a scary, artistic, and unique horror film. The creative editing and sound-design in the film heighten suspense as tension builds. “Naciye” is accessible for the faint-hearted, while it also satisfies die-hard horror fans with its shocking originality.

The film was written/directed and edited by Çiçek, produced Sonbay Sanat ve Produksiyon Ltd., with stunning cinematography by Kamil Satir. 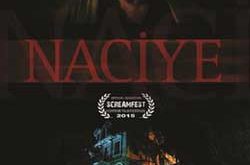