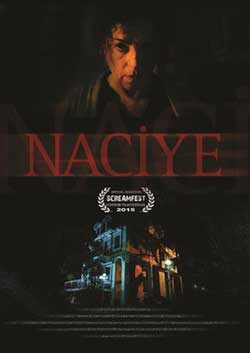 On their first night at a new, secluded house, a couple (Esin Harvey, Gorkem Mertsoz) encounter the mysterious woman (Derya Alabora – A Most Wanted Man, When We Leave) who claims it to be her home.

The fact that Naciye is writer/director Lutfu Emre Cicek’s first feature length film kind of blows my mind. He’s done a couple other short films, as well as some editing work, but with this debut under his belt, I can only imagine what will come next. Don’t get me wrong, this film is by no means perfect – there are a lot of unanswered questions, a lot of loose ends that remain loose even as the closing credits roll across the screen. But at the same time, this is a pretty crazy ride that I had no idea I would be so happy to take. 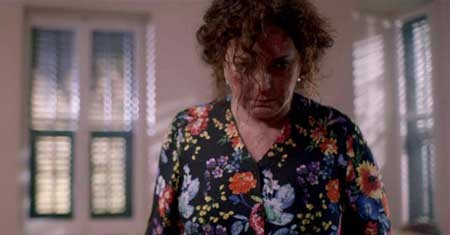 Naciye is a Turkish horror/thriller in which the central location – a house – is as much a main character as the actors themselves. We open with a man checking on what looks like an empty house, only to find a woman, Naciye (played by Derya Alabora), sitting in the corner sewing. He explains that the house is no longer hers, not since her husband passed away and left the house to his company, and that she must leave at once. She responds by stabbing her sewing needle through his eye.

Next, we meet Bertan (Gorkem Mertsoz) and his pregnant wife, Bengi (Esin Harvey). They seem to be having some problems in their relationship. We soon learn that he has rented a house for them to start their new family in, a house which she has never seen before, and one that we might recognize from the opening sequence. Bengi is not happy about this surprise. Just before they go to look at the house (at night, of course), we also learn that Bengi has not been faithful to Bertan, and there is a chance the baby is another man’s, Cem’s (Erdogan Unlu), who she is trying to avoid but who desperately wants to be in her life. There are so many disasters just waiting to happen here…

Naciye has the feel of a haunted house movie mixed with a home invasion movie, and it’s hard to say which one it really is. There are characters in here that seem more like ghosts than living humans, and there are others who seem real but then disappear as if they were but a figment of our imaginations. There are equal parts We Are Still Here and The Strangers or Ils (Them) going on in this story (with a little touch of Inside as well), and I think that directly affected some of my confusion about the movie as well as my high regard for the story. Is this house haunted by the ghosts of former inhabitants, or is there a very much alive human being (or beings?) in there waiting to kill the new residents? Either way, there is some great tension on display here, as well as some intense bloodshed.

Now, some of the confusion is, indeed, distracting. At one point, we see a completely different family in a house – whether it is the same house or a different one, I cannot say for sure – and we aren’t sure if this is a flashback or just another house and other events running parallel to our main story. There are other scenes that we can be sure are flashbacks, so this gets a little murky here. Luckily, this only happens for a short time, and the (maybe) parallel story provides us a couple good gasp-worthy moments.

I feel like I may be swaying the opinion of the reader in the opposite direction than I intend to – I really like Naciye. I think it is a creative, interesting, creepy movie that made me ask a lot of questions upon first viewing, then stuck in my head for days after, in a good way. The acting is good across the board, the effects are good, the direction and cinematography are all well done. This is a good, cerebral horror film, one that goes a direction that I hope to see more films experimenting with. It’s the type of movie you will probably end up watching a couple times, just to make sure you saw what you thought you saw. Bottom line, if this is reminiscent of what Turkey has to offer in the genre of horror, then I need to check out more films from Turkey.

After working its way through the festival circuit, and playing theatrically in its home country of Turkey, Naciye is now available on VOD, Digital Download, and on DVD in America. It can be found on Vimeo On Demand as well as Amazon Video, with more platforms coming soon. 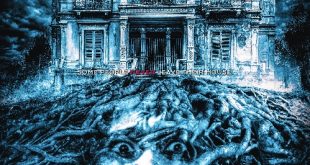