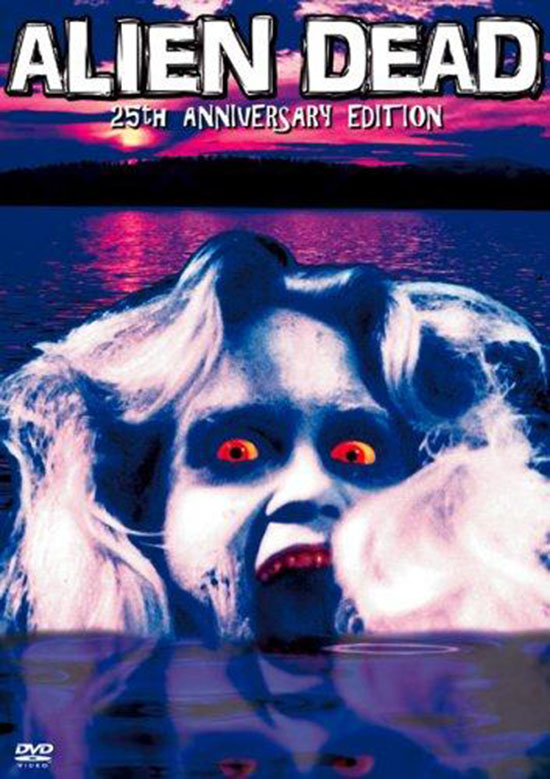 A meteor lands in the swamps of a backwater town and turns some of the people that live there into flesh-eating zombies. First they start eating all the alligators in the area but after they have wiped them out they start chowing down on the humans in the area. Will the newspaper reporter investigating the incident be able to defeat the zombies and save the town or is everyone destined to become lunch?

I respect the hell out of Fred Olen Ray and dig most of his movies. Yeah, most of his movies are as low budget as they get and are cheesy as hell but that doesn’t mean that they aren’t fun. In my opinion he’s living proof that you can actually make a decent movie with just an extremely small amount of cash and other limited resources. With that being said though, I have to admit that The Alien Dead (which was one of his earlier movies) isn’t his finest hour and I’m sure that when he looks back on it that he isn’t particularly proud of it. It’s pretty bad but at the same time I enjoyed it for some reason that I can’t quite put my finger on (then again I am a fan of bad movies). 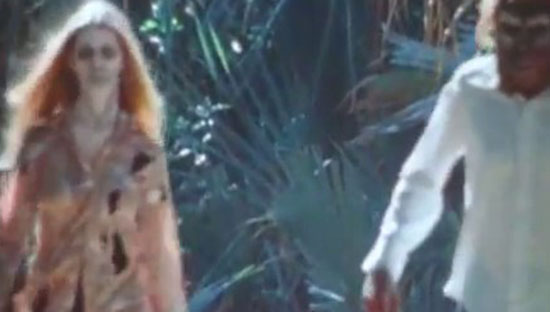 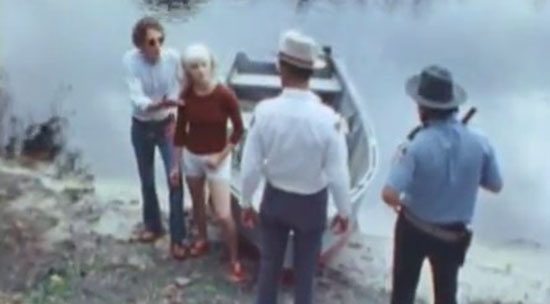 The plot is pretty standard and doesn’t bring anything new to the table. We get a bunch of zombies wandering around the swamps near a small town that attack and eat anyone stupid enough to come near them. That is pretty much the entire premise so if you are looking for something original, unique, or totally different then you are going to be highly disappointed. It works for what it is and to be honest I have actually seen worse zombie flicks in my lifetime. 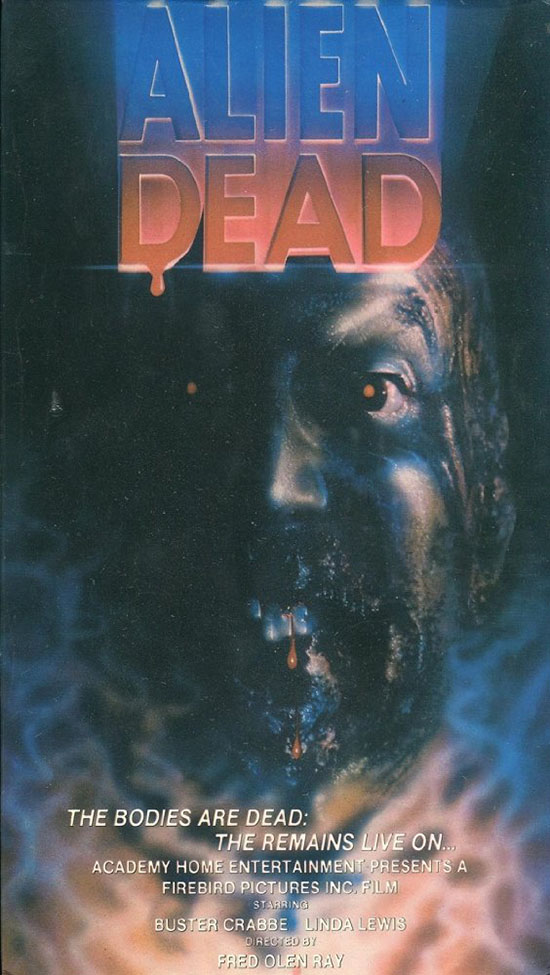 The problem is though, the zombies themselves look pretty bad (and not in a good way) and aren’t the least bit scary or intimidating. Since Ray and company didn’t have a whole lot of money to sink into the project they just sort of applied whatever make up they could find to the actors playing the zombies and let them go to town. As a result they just look like people wearing bad zombie make up and don’t actually look like actual zombies (to be fair though they do look a little better than the zombies that appear in the 1981 classic Zombie Lake). If you can get past the look of the zombies though and just focus on the fact that they are eating people left and right you may enjoy the film for what it is (though I doubt most viewers will be able to do this, unfortunately). 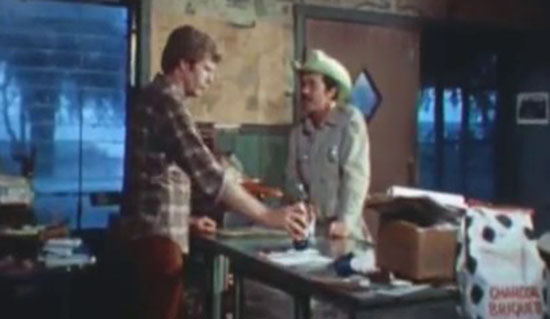 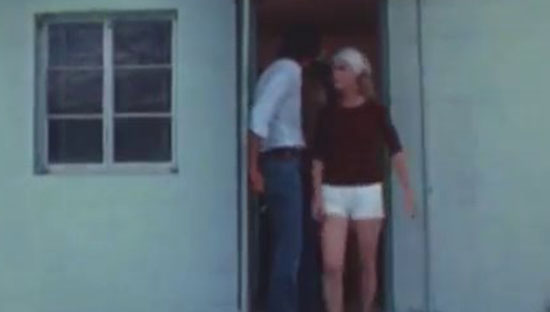 It goes without saying that pretty much everything about the movie is corny, but that’s okay because I’m a weird guy and it worked for me. The script (which was co-written by Ray) isn’t the greatest screenplay in the world and some of the dialogue is nothing short of horrendously bad. The characters-which are mostly just a bunch of hicks- are pretty hokey and the acting is mighty bad by everyone involved. The thing is though, while some people may see all these things as negatives I saw them as positives (well, sort of) and they all actually helped me enjoy the movie a little more. 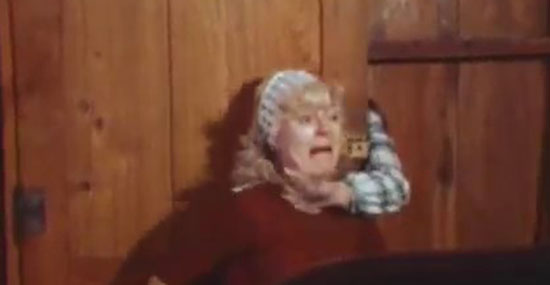 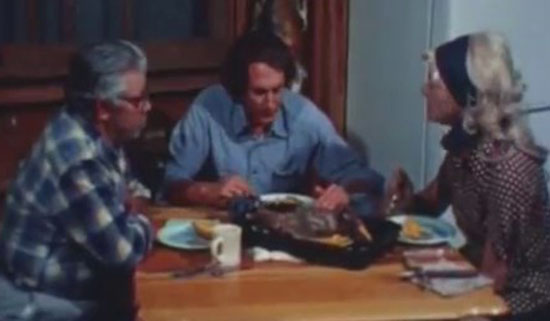 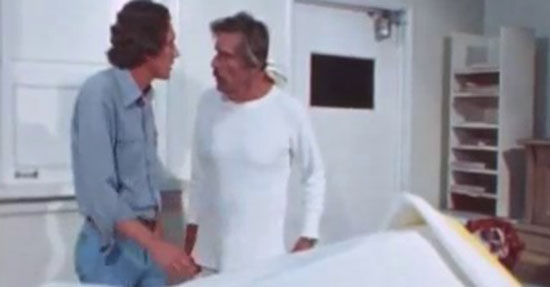 There are times when bad acting is actually a good thing and this is one of those times. The bad acting (along with the less than idea special effects, terrible acting, and horrible lighting that takes place through the entire film) actually works in my opinion and helped make the movie a little more fun. I have to be honest, I love stinkers like this one and they always make me feel all warm and fuzzy inside as I am watching them (as I said, I am an odd guy). I can’t help but wonder what happened to some of the people who appeared in the film as most of them didn’t go on to do much else (with the exception of Buster Crabbe who actually had a pretty impressive acting resume before he did this movie) and I wonder if they are proud of their performances. While other viewers may disagree I think that they should be. 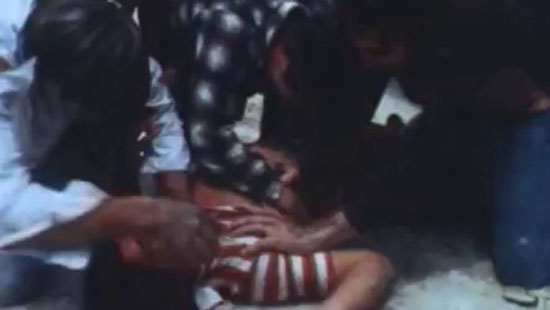 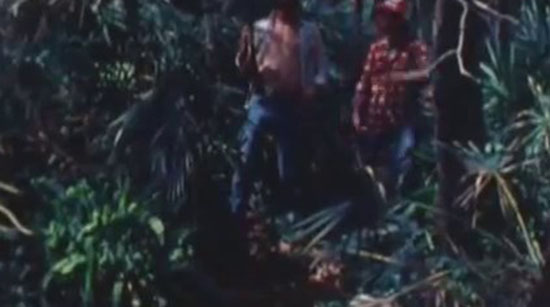 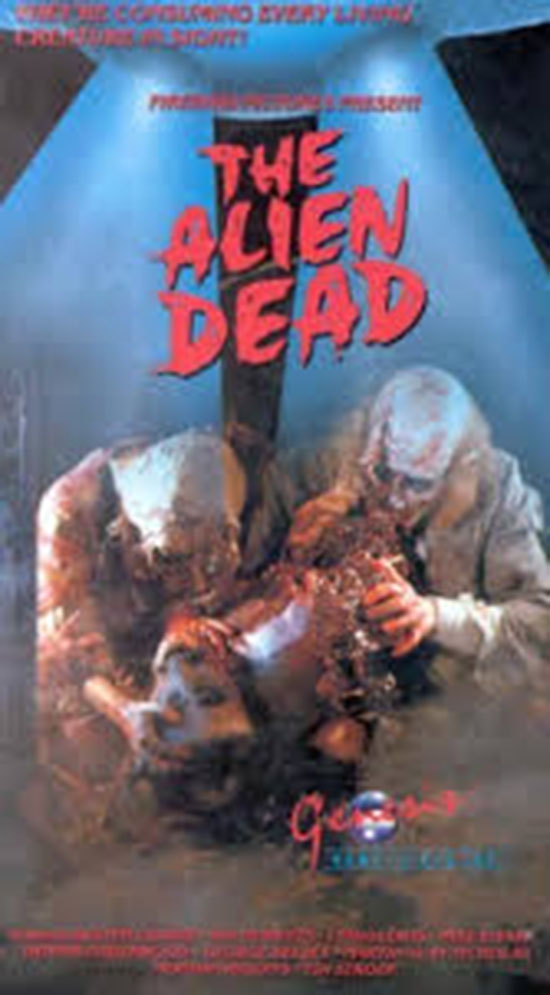 The Alien Dead isn’t for everyone and while most people will hate it I couldn’t help but like it regardless of how bad it actually was. I had a great time watching it and just regret that I didn’t get to see it at the local drive in theater back in the day as it is the perfect drive in movie in my opinion. It is loaded with cheese and unintentional humor (what is up with the one zombie grabbing that chick’s boob when he attacks her or the bit with the old woman with the frying pan?) so if you are into these types of movies I think that you will enjoy it (though sadly for a Fred Olen Ray film there is a serious lack of nudity for some reason). I recommend watching it with another cheesy drive in classic such as S.F. Brownrigg’s underrated 1974 epic Scum of the Earth (AKA Poor White Trash Part II) for an awesome low budget double feature one rainy Friday night with a group of friends and plenty of beer for maximum enjoyment.  If you are into bad movies then The Alien Dead is a must-see. Check it out!