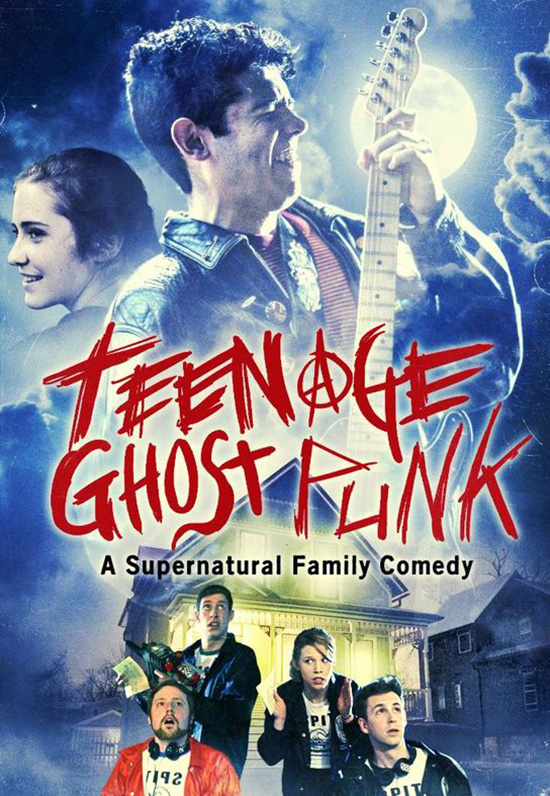 Newly-divorced Carol moves with her kids, Amanda (16) and Adam (12), from rural Michigan to a Victorian house near Chicago. As the three begin to adjust to their new surroundings, strange things start happening. Creepy noises. Unexplained messes. Old punk rock albums missing. Suspecting the house is haunted, Adam and Amanda hire a wacky medium and a team of bumbling paranormal investigators to help, then discovers on her own that the house is haunted by the ghost of a 17-year-old punk guitarist named Brian, and his fun-loving band of dead pals. Amanda and Brian form a friendship that soon veers toward romance. When the past collides with the present, how will Amanda solve her future?

Everyone has their tale to tell of how they got into horror movies. Could be that you snuck into a cinema screening you shouldn’t have been in. Maybe staying up late to watch a non-CGI Peter Cushing battle Dracula left an indelible mark on you. What it was, we all have our gateways. Teenage Ghost Punk, the second feature from Mike Cramer, is billed as a family comedy and has enough spiritual shenanigans going for it to suggest that there’s a good possibility that it too will encourage its young viewers to seek out something with a little more bite. And that’s not a bad thing. 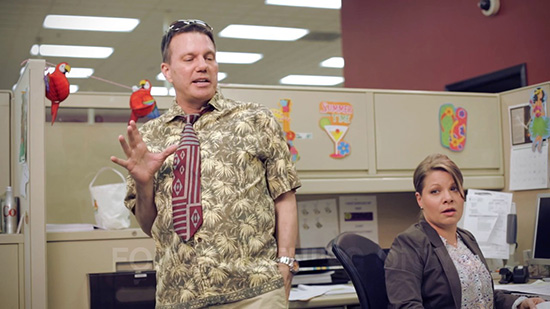 Teenager Amanda (Grace Madigan) has recently moved to a new town along with her precocious brother, and widowed mother, Carol (Adria Dawn). Anyone that was ever uprooted in their teenage years will tell you that going to a new school comes with its own trials and tribulations, but Amanda manages to settle in pretty quickly. Yes, there is the issue of her best friend going out with her boyfriend, who had promised he’d wait for her to move back, but it’s more or less smooth sailing.

No, the real excitement is happening at home where Amanda and her family are being haunted by Brian (Jack Cramer), a 17-year-old punk who died when he played his electric guitar. On his roof. During a thunderstorm. There’s bad life choices and there’s that. It quickly turns out that Brian isn’t all that bad, and soon a relationship begins to blossom with him and Amanda.

If you ever thought the Twilight series is just a little too sexually creepy for your tweens (because let’s be honest it is), then Teenage Ghost Punk will offer the perfect alternative. Cramer, who also wrote the screenplay, offers a playful look at the afterlife with Brian revealing he has a group of friends from various eras who like to hang out and play poker. Whilst Brian and Amanda develop feelings for each other, there’s nothing overtly sexual about it all. Amanda introduces Brian to the concept of smart phones and he introduces her to The Clash. That’s a fair swap as far as I’m concerned. 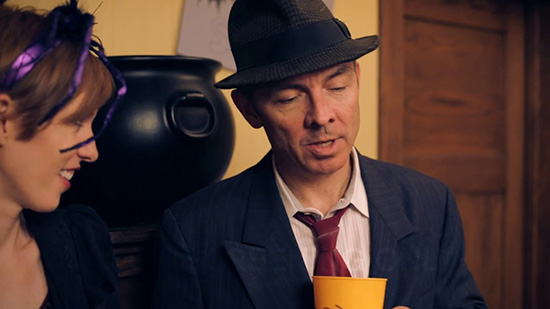 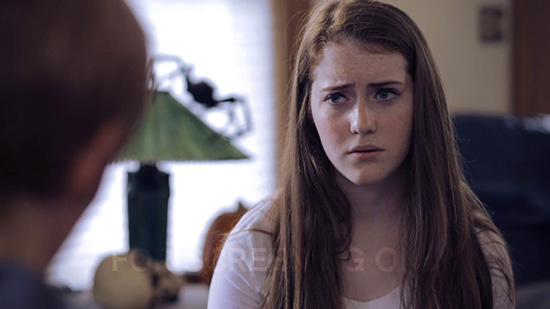 That said, no cinematic romance is allowed to be that event free and, to disrupt all the goo-goo eyes, Teenage Ghost Punk throws a few antagonists into mix. First with the Super Paranormal Investigation Team (SPIT) who come across as inept Ghostbusters, and then Vlad the Bad, a spirit who is rumored to make other ghosts disappear. There’s nothing here that’ll scare the kiddies too much, but parents might want to be on hand when SPIT get involved with a séance. Purely so the adults don’t get scared of course.

Amongst the frothy frivolity, there is some surprising pathos from Amanda’s mother who is struggling to move on from the past. When she finally meets Brian herself, the film dives into what makes us to try to hold on to our youth and how healthy that can actually be. In some ways, Teenage Ghost Punk also manages to be a film that could help children with understanding bereavement and the loss of loved ones. Is that a case of looking too deeply into a family film? Not really. If Sesame Street can explain death with Mr. Hooper, then there’s no reason it can’t be done for the over 5s and under 10s. 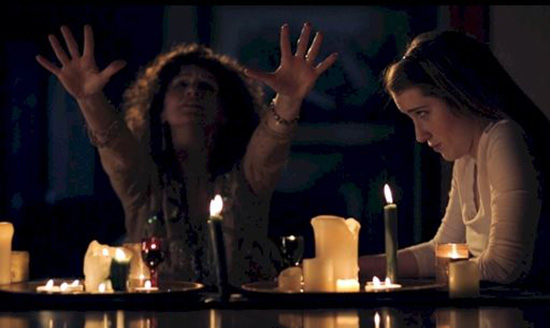 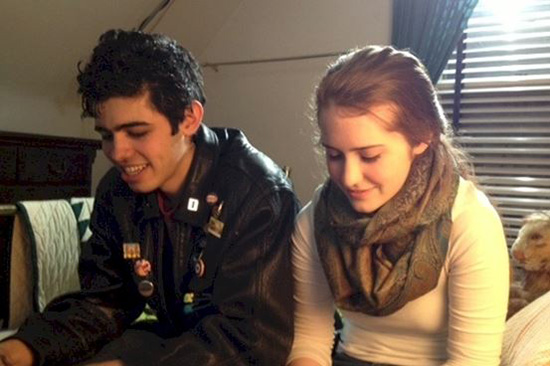 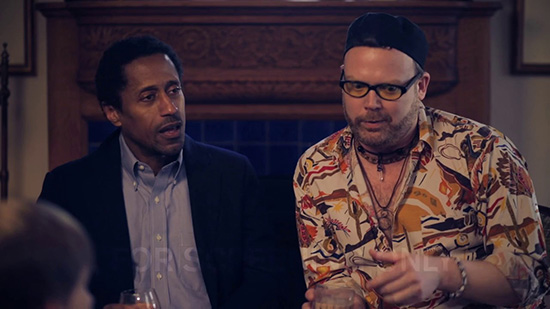 Admittedly, Teenage Ghost Punk is extremely light, sharing more in common with Disney’s Teen Angel than something like Haunter.

Those who don’t have children, or simply hate family cinema, will be disappointed with what plays out. In a world where there’s a plethora of books and films detailing sexy times between humans and vampires/ghosts/werewolves/fish, Teenage Ghost Punk is comparably very tame. However, everyone else will probably be able to take something away from its boundless enthusiasm. Teenage Ghost Punk wants to make you laugh and there’s really nothing wrong with that.