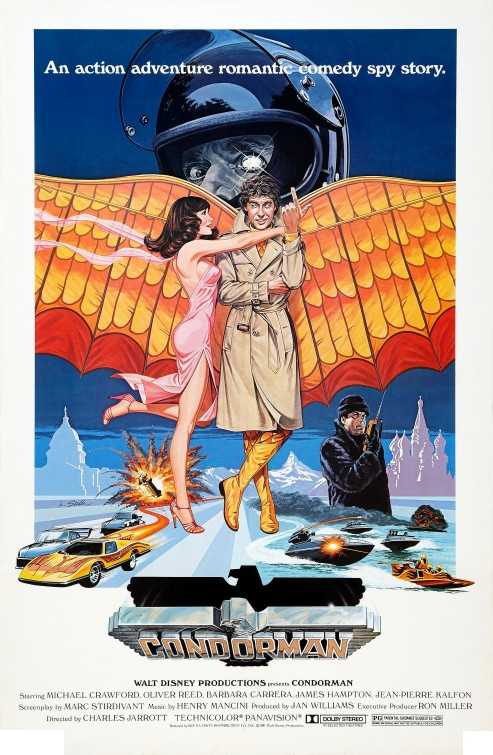 “Cartoonist Woody is trying out a flying apparatus for his comic-book hero ‘Condorman’, as he refuses to write a comic about anything that could not actually happen in the real world. Woody becomes the winged creature superhero top American agent code-named Condorman he draws. Using his gadgets he helps a Soviet spy defect to the West. In Istanbul Woody meets a beautiful Russian named Natalia, who poses as the Russian civilian with whom the exchange is supposed to take place, but it is later revealed that she is in fact a Soviet spy. Woody launches on an adventure to rescue Natalia and keep her from the clutches of her two enemies, Krokov and Morovich.” (courtesy IMDB)

Walt Disney Studios didn’t want to get left behind in the superhero sweepstakes of the late seventies/early eighties – Wonder Woman (1975-79), The Amazing Spider-Man (1977-79), Superman The Movie (1978), Buck Rogers In The 25th Century (1979-80), Superman II (1980), Flash Gordon (1980), etc. – and produced its own superhero in the image of Condorman (1981). The film is loosely based on the novella The Game Of X by science fiction author Robert Sheckley, published in 1965 as a tongue-in-cheek parody of the secret agent movies that were so popular at the time. In Sheckley’s original story, Bill Nye (this is long before the famous Science Guy, of course) is a jobless American stranded in Europe, who is recruited by Colonel Baker of Britain’s Secret Service to help them catch a dangerous spy named Karinovsky. The assignment is so successful, Baker is happy to pretend that Nye is their top spy known only as ‘X’. 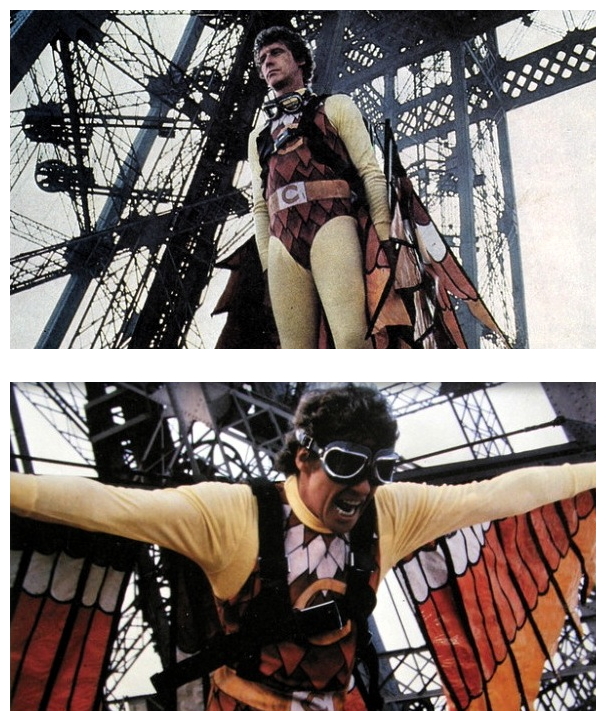 Unfortunately, when Karinovsky decides to defect, he demands the assistance of ‘X’ so Nye, armed with little more than a remarkable reputation, is called back into service. Hilarity ensues when Nye is forced to put his supposed talents into action in some of the funniest escape episodes since The Perils Of Pauline (1914), the cloak and dagger game was never more fun. For reasons beyond my understanding, Disney had the story completely rewritten by an inexperienced writer named Marc Stirdivant, whose only other writing credit was a single episode of Baretta made four years before. Then, in a slightly smarter move, Disney had Stirdivant’s script rewritten by Mickey Rose, famous for co-writing some of Woody Allen‘s funniest films, including What’s Up Tiger Lily? (1966), Take The Money And Run (1969) and Bananas (1971). Sadly, the end result proves that Woody was obviously the funny one in that particular pairing, and Condorman remains one of the unfunniest ‘comedies’ ever released under the Disney banner (and that’s really saying something!). 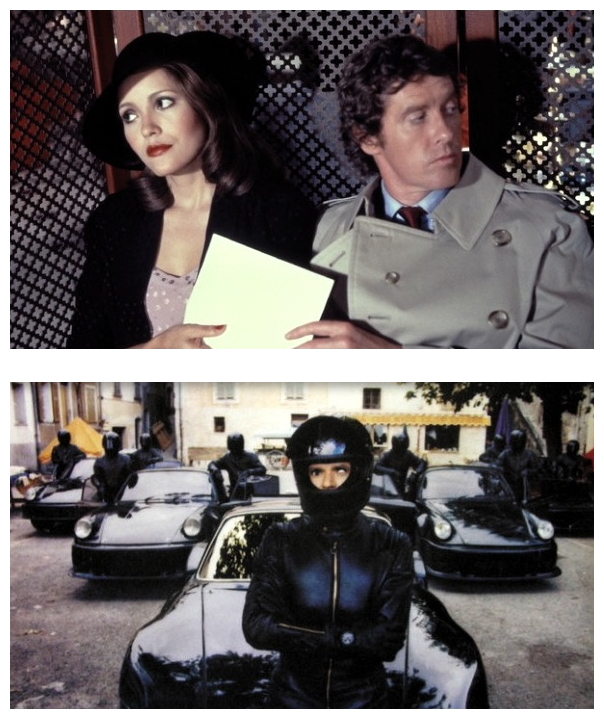 The film focuses on Woody Wilkins (Michael Crawford), an inventive comic book writer and artist who authenticates the escapades of his heroes by first testing them himself (Bash Brannigan creator Stanley Ford also made the same claim, and ran himself through all of the crime capers in reality before he put his artist’s pen to page). In one such instance, Woody straps on a makeshift winged Condorman costume and flies off the Eiffel Tower in Paris to prove that his comic book character could do it. But his wings malfunction and he ends up being fished out of the river Seine by his old friend Harry Oslo (James Hampton). Harry also happens to work for the CIA. When Harry is asked by his superior (Dana Elcar) to draft a civilian to deliver diplomatic papers to a Russian contact in Istanbul, Woody jumps at the chance. Using the codename ‘Condorman’ and passing himself off as a top American agent, Woody meets the beautiful Russian Natalia (Barbara Carrera) in a Turkish Nightclub. 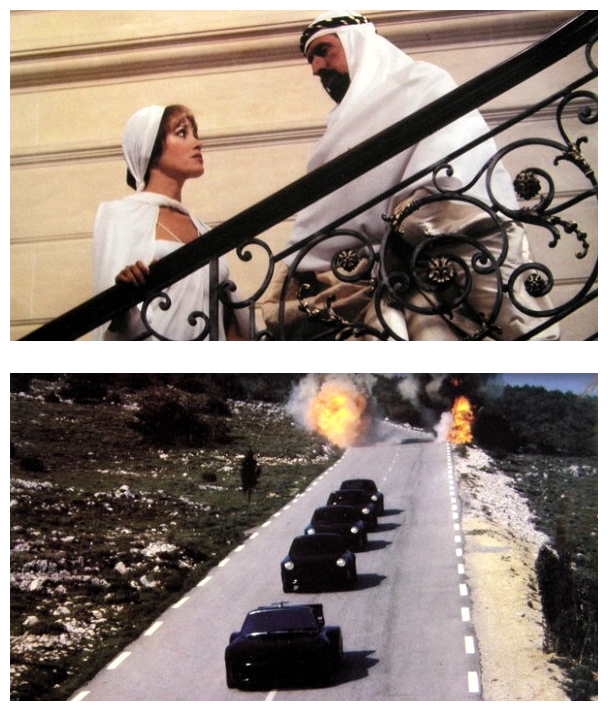 Shortly after completing his mission, Woody is told by the CIA that Natalia – codenamed ‘The Bear’ – wants to defect to America and will only surrender herself to the operative known as Condorman. Woody resists, until they tell him that they will manufacture Condorman’s comic book gadgetry if he accepts the assignment. Intrigued by the possibilities, he begins to draw a series of comic adventures in which Condorman rescues The Bear. After a series of incredible misadventures, Woody and Natalia find themselves being chased across Europe by the KGB. The Russians are finally able to anticipate the couple’s moves by reading, naturally enough, Condorman comics. They recapture Natalia, but donning the persona of Condorman and relying on a wide array of gadgets, he launches into an adventure to rescue her and keep her safe from the evil Russian commander Krokov (Oliver Reed). 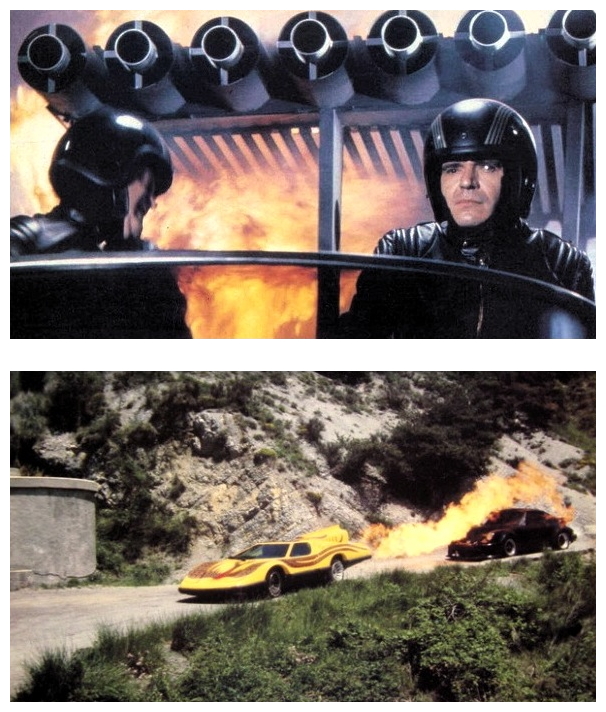 Despite being shot on location in France, Monaco, Switzerland, and Pinewood Studios outside London, the film is blandly directed by the extremely mediocre Charles Jarrott, whose best work includes Mary Queen Of Scots (1971) and that tedious musical remake of Lost Horizon (1973). Casting is equally uninspired: Michael Crawford was obviously chosen to play Woody as the film requires a lead actor familiar with stunt work, but his forced American accent is so awkward it’s detrimental to the entire film. Barbara Carrera, an ex-model born in Nicaragua, has played a variety of nationalities and ethnic identities, including Asian, Hispanic, African, Native American and, as Natalia in Condorman, she is Russian. Oliver Reed does his best with what he’s given. For instance, during the escape attempt from the ski lodge, Natalia is terrorised by Krokov. Reed was a perfectionist and felt that Carrera’s acting was wooden, failing to project the true fear her character should be feeling at that moment. 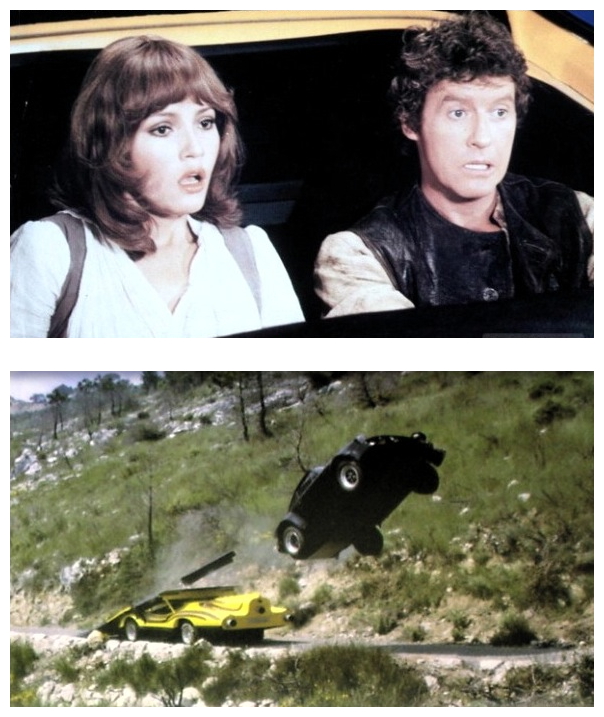 He became so frustrated, he opened the door of the helicopter they were in and threatened to throw her out, so the fear we see on her face is quite real. Getting the shot he wanted, Reed shoves her back and then Carrera violently elbows him, the pain quite clear on Reed’s face. Always the professional, he takes the punch, though his displeasure is obvious as he sits back and tries to smile. Oscar-winner Colin Chilvers headed the crew responsible for the movie’s mechanical effects, including a walking stick that becomes a machine gun, semi-aeronautic Condorman wings, a sportscar that turns into a speedboat armed with laser cannons, and jet-propelled ski rods which Woody uses to ride up a cable-car cable to the top of the Matterhorn. Disney is famous for bringing humorous and heroic cartoon characters to life on the screen through peerless animation and various movie-magic techniques but for Condorman, its big summer release of the year, Disney found a new and unique way to bring comic book heroes to life. 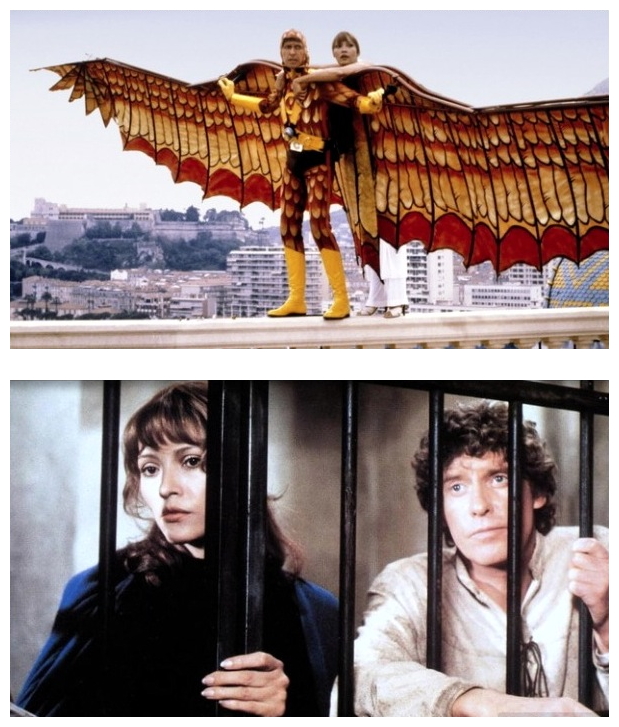 In an unprecedented marketing move (and possibly the most interesting aspect of the making of this movie), Condorman was adapted as a comic strip and published well before the release of the film. Two real-life comic-book artists were hired to not only produce rough sketches and finished books seen in the film, but to also produce a comic strip based on the script. Syndicated by King Features, the Condorman comic strip appeared in newspapers for a twenty-week run, ending in March 1981, five months before the film was released in August that year. Mike Sekowsky drew the art that appears in the film as that of Woody Wilkins. A veteran comic book illustrator, Sekowsky is perhaps best known for originating the Justice League roster of heroes for DC. Sekowsky spent eighteen years with DC, working on such series as Metal Men, Supergirl, The House Of Mystery and Manhunter 2070, going on to creating layouts and storyboards for Hanna-Barbera Studios. Condorman is the first film for which Sekowsky has drawn illustrations to be used on camera. 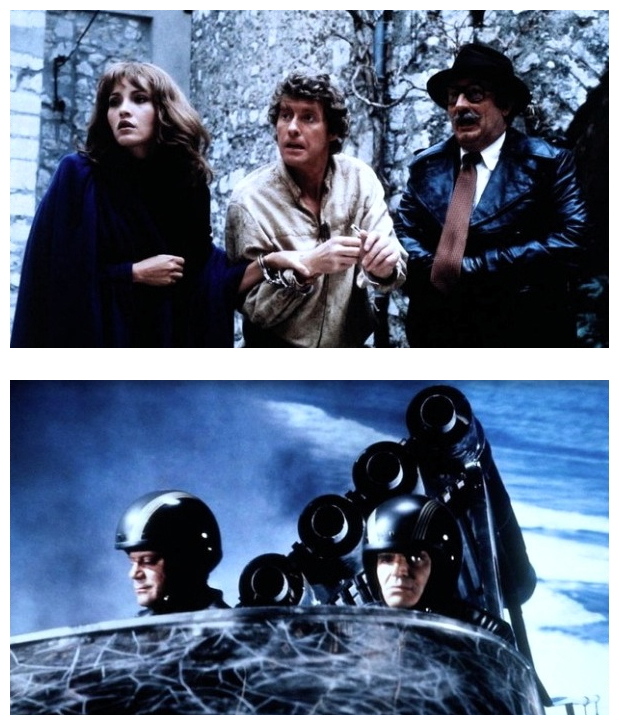 Early in pre-production, he was hired by art director John Mansbridge and co-producer Jan Williams to create the art of a comics artist whose real life becomes the core of his creations and their adventures. Highly talented comic artist Russ Heath was the man tapped to draw the syndicated Condorman strip. Heath first began working on strips in 1942 and, in 1946, moved on to Timely Publications and began drawing a wide range of strips. His best early work was on Western strips, perhaps because he spent much of his childhood listening to his father’s stories of what it was like being a cowpuncher in Arizona. His work in The Arizona Kid and Kid Colt Outlaw is considered among the finest Western work done in the days of four-colour comics. Heath freelanced for most of the major comic houses – Warren, EC, DC, Marvel, etc. – working on Terry & The Pirates and Flash Gordon strips, and assisted Harvey Kurtzman and Will Elder on their Little Annie Fanny strip. Heath has also contributed to National Lampoon and Mad Magazine, but his best work may have been DC’s Sergeant Rock, a war comic that is considered to be far superior than many actual war movies. Condorman is the first strip that Heath has adapted from a movie. 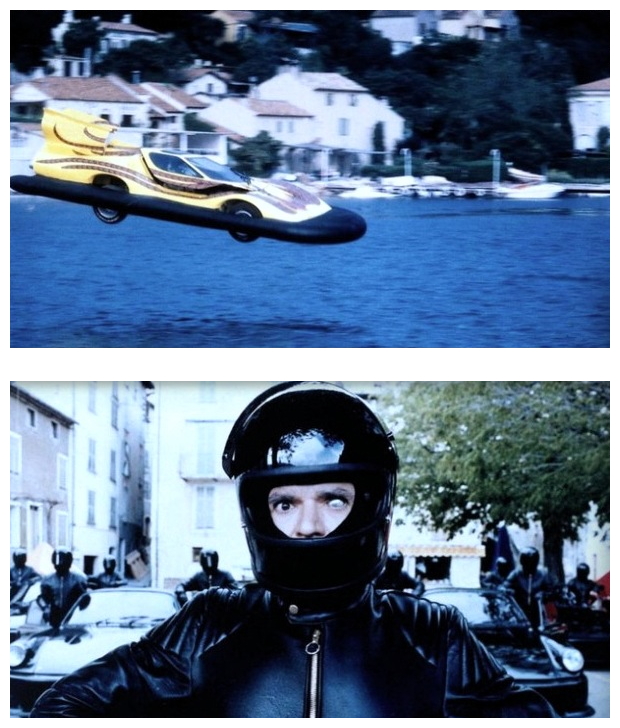 After seeing a rough cut of the film, he was given a series of photographs from which to work, each week submitting rough sketches for Disney’s approval. A unique way to produce comic art, the strip remains essentially true to the movie. One notable change in the illustrations was that Russ, the CIA chief played by Dana Elcar in the film, became an African-American. An original comic adventure sequel was also published, taking place in the US itself. Woody is engaged to Natalia, and his Condorman machines are being built by a toy company, a cover for a CIA unit. Krokov and Morovich again appear, attempting to take Natalia back to the USSR by force, and Russ is again a black character. Disney was so confident that the film would be a success that a sequel was planned but, when the movie flopped at the box office, the sequel was scrapped. Despite its overwhelming failure, Condorman may still yet see a reboot – after Disney purchased Marvel in 2009, editor Stephen Wacker insisted Condorman be brought into the Marvel Cinematic Universe, and recently I heard a rumour (or was it a joke perhaps?) that Alan Tudyk was being courted for the lead role. And it’s with this rather disturbing thought in mind that I respectfully ask you to join me next week when I have the opportunity to give you another swift kick in the old brain-box with another fright-filled fear-fest from the far side of Horror News! Toodles! 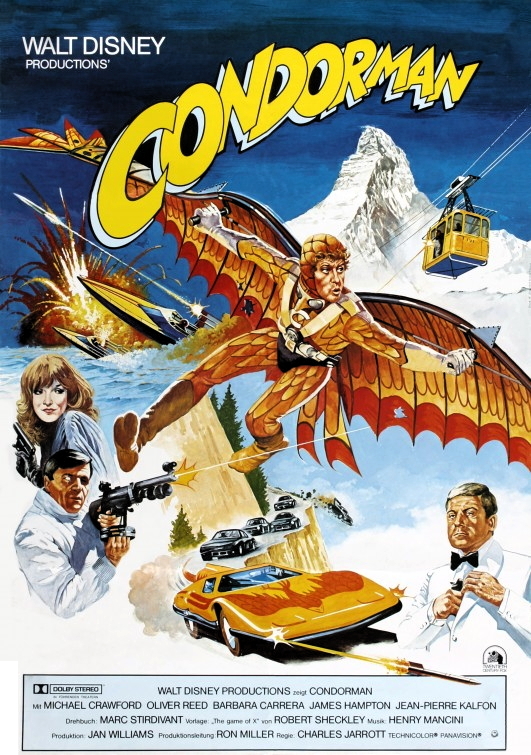 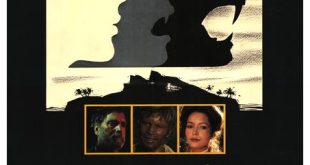 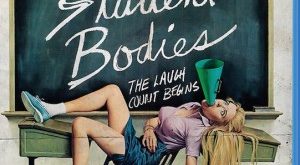